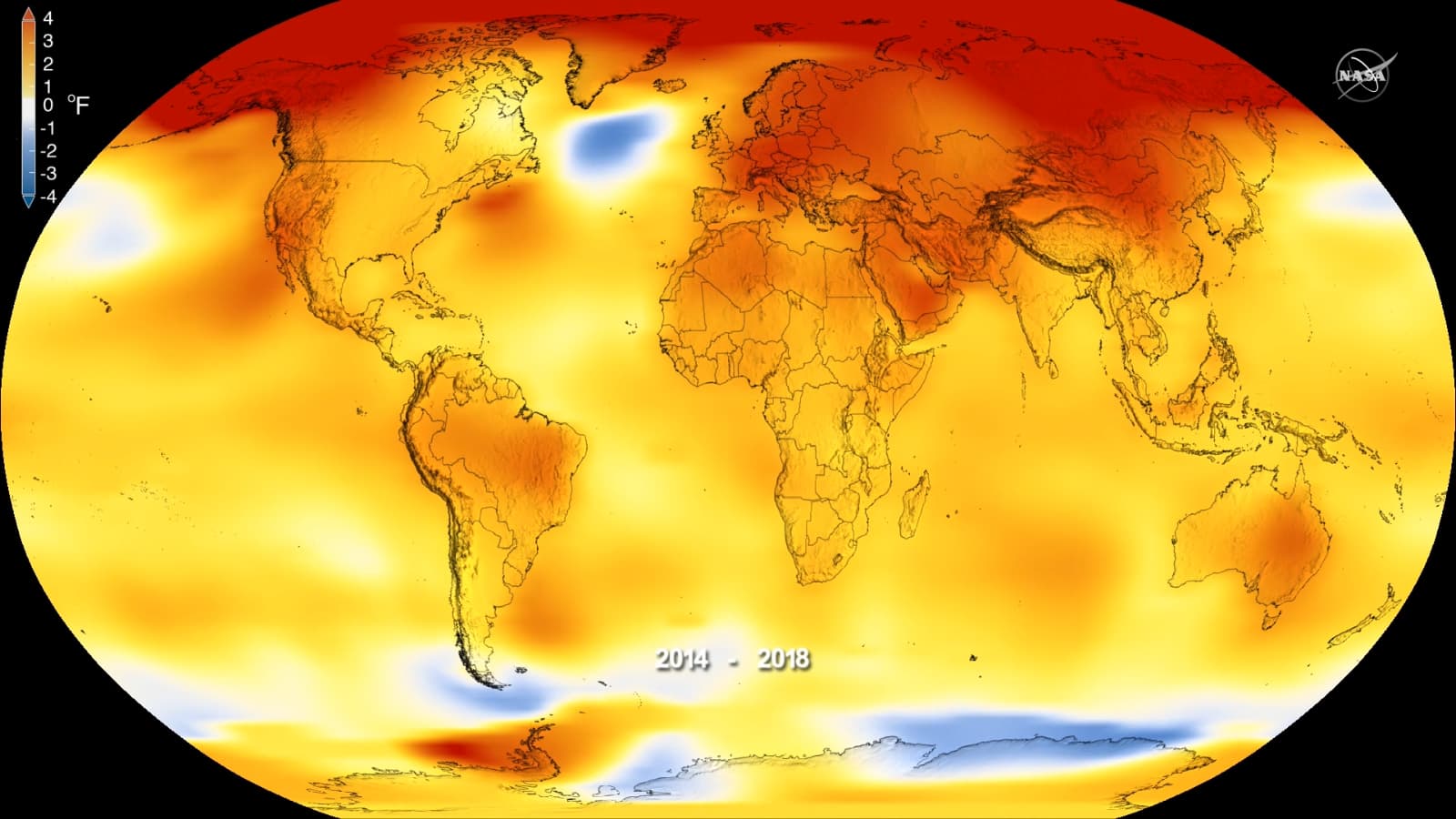 Earth's surface temperatures in 2018 were the fourth-highest of any year since records started in 1880, according to NASA's Goddard Institute for Space Studies (GISS) and the National Oceanic and Atmospheric Administration (NOAA). 2016 was the hottest year ever, followed by 2017 and 2015, and since 2001, we've had 18 of the 19 warmest years on record.

Weather dynamics mean warming affects regions in different ways. 2018 saw the 14th-highest mean temperature on record in the contiguous 48 states, and it was the third-wettest year for the area despite persistent drought in the southwest and the northern plains. It was also nominally the warmest year for Europe (and particularly the hottest in France, Germany and Switzerland) since continental records began in 1910. The warming trends are most evident in the Arctic, NASA said.

NASA and NOAA revealed the report on the same day the House of Representatives is holding its first climate change hearing in eight years. NASA typically reveals the global temperature report in mid-January, though the government shutdown delayed the analysis.

Source: NASA
Coverage: The New York Times
In this article: climatechange, gear, globalwarming, green, nasa, noaa, tomorrow
All products recommended by Engadget are selected by our editorial team, independent of our parent company. Some of our stories include affiliate links. If you buy something through one of these links, we may earn an affiliate commission.