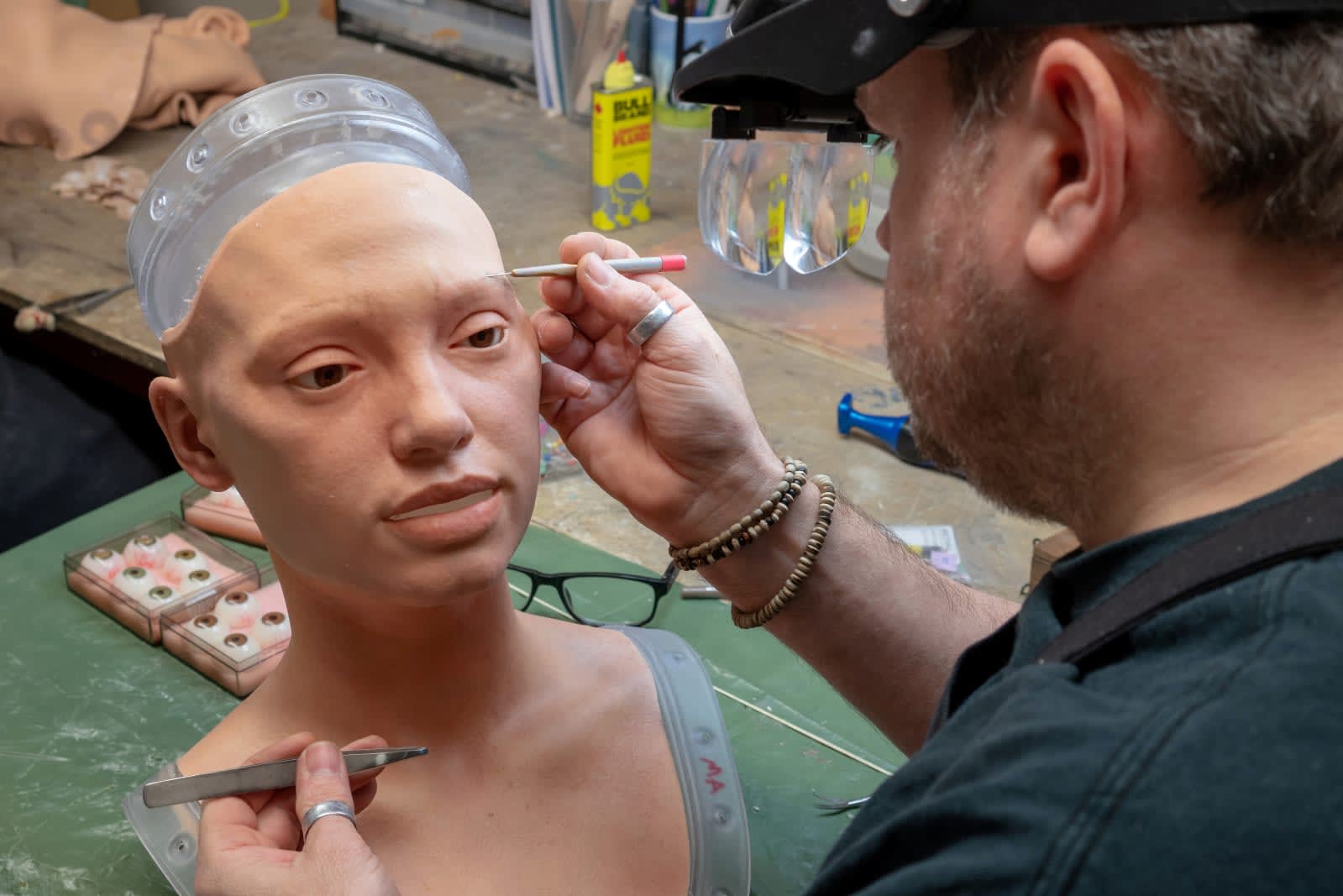 If you've ever wondered how you look through the eyes of a robot, you may soon find out. Engineers at the UK-based Engineered Arts are working with a British art gallery owner to create a human-looking robotic artist with the ability to draw, according to Reuters. The artificial intelligence, named Ai-Da, will use a bionic hand equipped with a pencil to sketch what it sees.

Ai-Da will essentially be an attempt to automate what you'd expect to get from a caricature artist on a boardwalk. The bot uses cameras housed in its eyeballs to see what is in front of it, and AI-powered computer vision to identify humans, track their features, and mimic their expressions. The bot will draw what it sees, but it'll also entertain along the way. The creators have given Ai-Da a realistic human face, complete with a silicone skin, a moving mouth, blinking eyes, 3D printed teeth and gums and a voice to answer questions.

Ai-Da won't be as natural as a real person, of course--and the fact that it will have a disembodied head and hand might not help the immersion. But the bot will put a human-like face on the practice of AI painting, which companies and artists have experimented with in recent years. Ai-Da will make its in-person debut at the "Unsecured Futures" exhibition at the University of Oxford in May. The sketches the bot creates will go on display in London later this year.

Source: Reuters
In this article: ai, ai-da, art, artificial intelligence, robots, tomorrow
All products recommended by Engadget are selected by our editorial team, independent of our parent company. Some of our stories include affiliate links. If you buy something through one of these links, we may earn an affiliate commission.