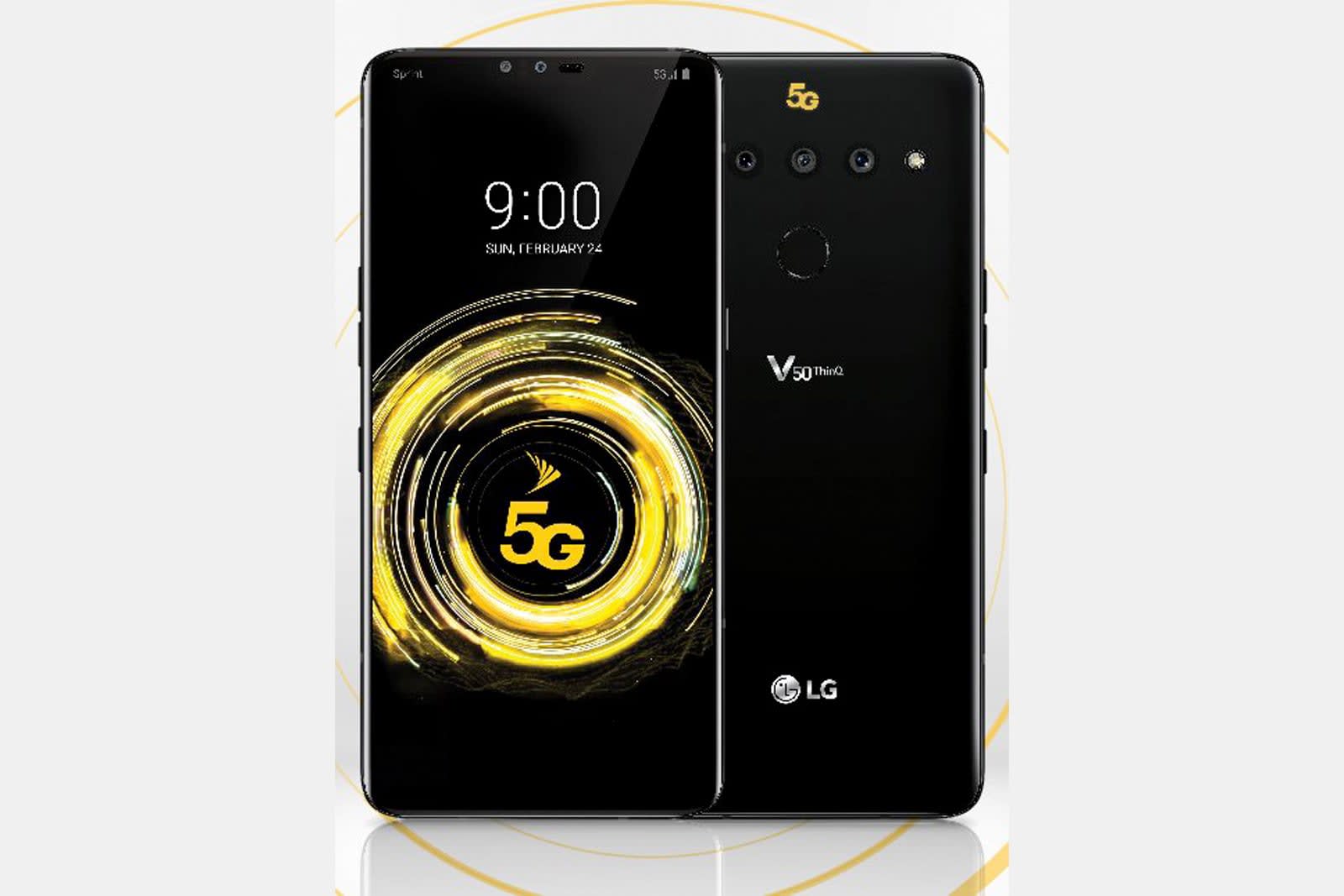 LG and Sprint haven't been shy about their plans to launch a 5G smartphone in 2019. Now, though, you might be looking at the device in question. Well-known scoop provider Evan Blass has obtained an image of the V50 ThinQ, a Sprint-bound flagship with some very conspicuous 5G branding. The picture doesn't include many details outside of a notched display and an abundance of cameras, but it hints at a February 24th reveal date that lines up with LG's South Korean announcement promising a 5G phone introduction that day, just ahead of Mobile World Congress.

That same release provided a few of the V50's early details. It would use Qualcomm's latest Snapdragon 855 chip, to no one's surprise, but it would also make accommodations for early 5G hardware. You'd get a vapor chamber cooling system that's 2.7 times larger than the heatpipe in the V40 as well as a 20 percent larger 4,000mAh battery. You should also have added longevity through software optimizations, LG said.

There are still quite a few unanswered questions, such as how the V50 will compare to the G8. For many, though, availability is the main concern. Sprint only promised LG's 5G handset sometime in the first half of 2019, leaving the chance that you'll wait months to get a V50. And when early 5G phones will be relatively expensive, there are concerns you'll pay a stiff premium to be an early adopter. Phones like this could be more of a peek at the future than a realistic purchase.

Via: The Verge
Source: Evan Blass (Twitter)
Coverage: LG (translated)
In this article: 5g, android, evleaks, gear, lg, mobile, mwc 2019, mwc2019, smartphone, sprint, v50, v50 thinq, v50thinq
All products recommended by Engadget are selected by our editorial team, independent of our parent company. Some of our stories include affiliate links. If you buy something through one of these links, we may earn an affiliate commission.