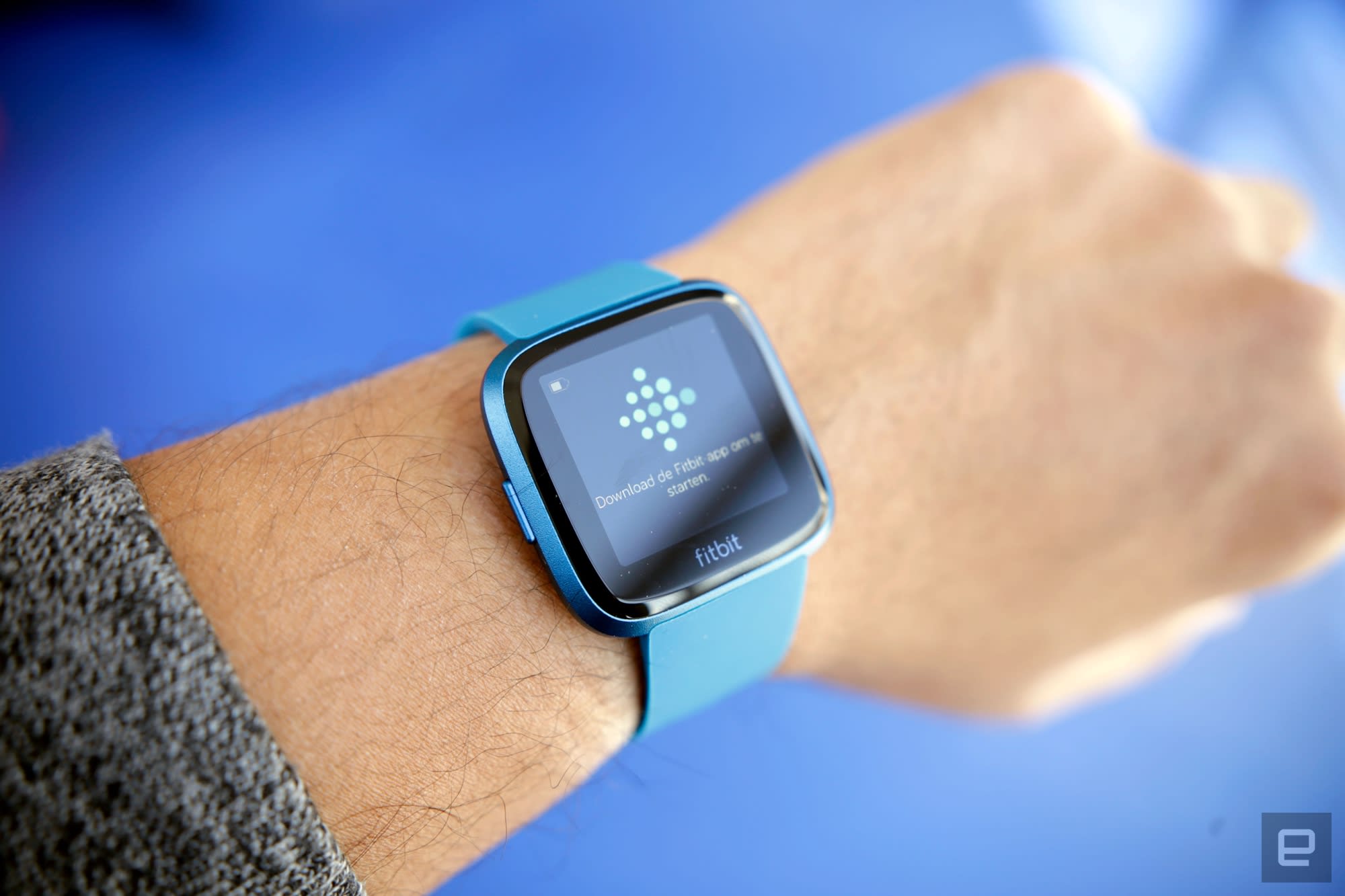 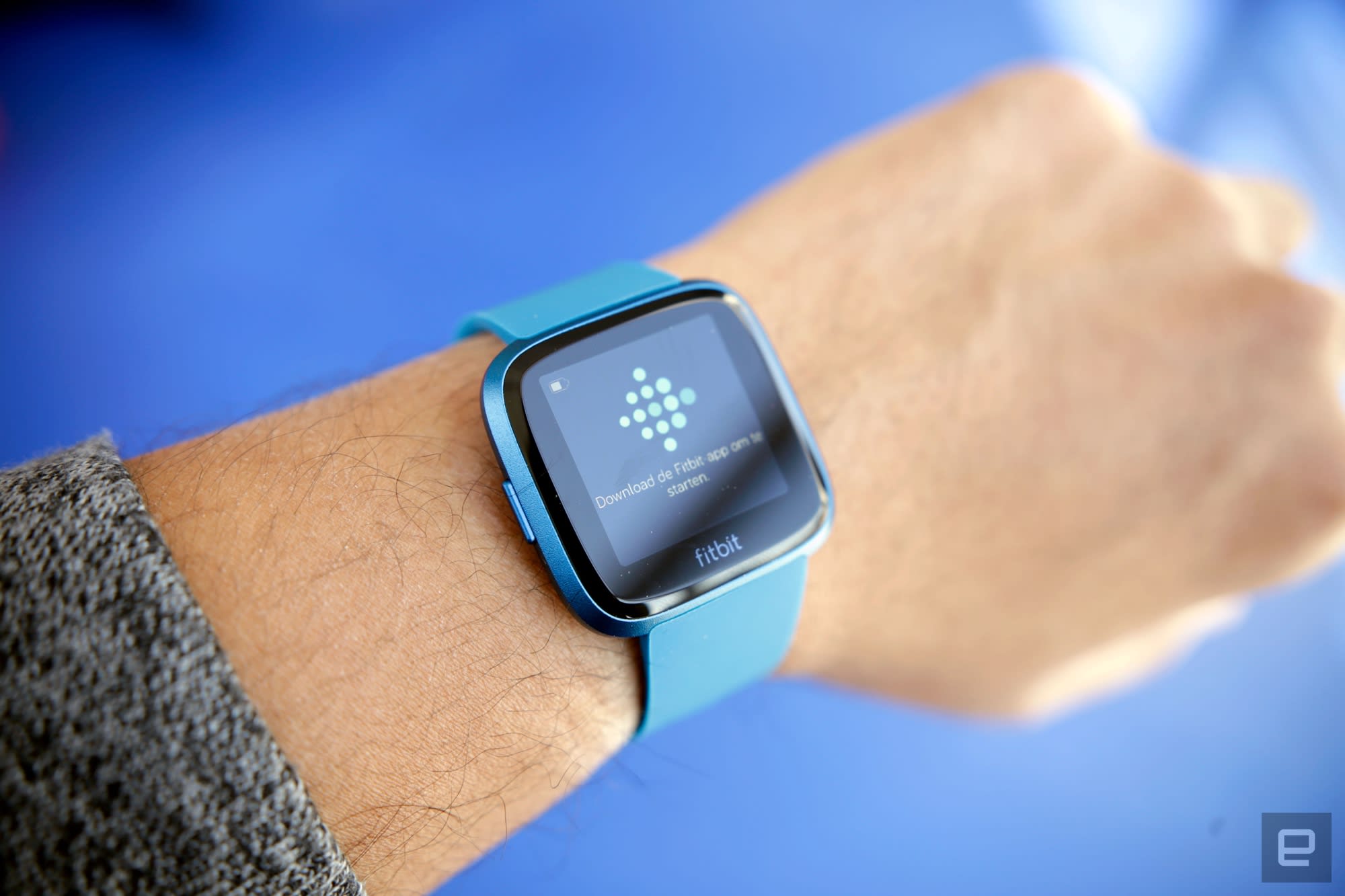 Last year's Versa smartwatch was a big hit for Fitbit, and there was no way the company couldn't make a sequel. The follow-up we did get, though, isn't exactly what some were expecting. This year's Versa Lite is exactly what its name implies — it's not a next-generation wearable so much as it is a pared-back version of last year's watch.

That might not sound like the most exciting development to come out of Fitbit, but it's definitely one of the most practical. At $160, the Versa Lite is about $40 cheaper than the original, and the company hopes it'll be enough to sway people who have never wanted a smartwatch before.

Thankfully, the Lite provides almost everything that made the original such a great workout companion. It's rated for the same four-ish days of battery life as the standard Versa, and should track steps, heartbeats and calories burned with the same level of precision. It uses the same 1.34-inch display and will show you your notifications without any fuss. It can handle prolonged swims as well as its more expensive sibling, too, and it packs all the same exercise modes. All of the Versa's accessories can attach to the Lite, and vice versa. The Lite is even fully compatible with the female health tracking services Fitbit launched last year (even if they still leave some of Fitbit's users wanting). For newcomers to fitness and smartwatches alike, the Versa Lite has the basics nicely taken care of. The real differences become more apparent when you take a closer look. Last year's Versa featured a trio of physical buttons but the Lite only has one — tapping it shuts the screen off and long-pressing it provides access to options to manage notifications and the display itself. Everything else that used to be handled by a button, like accessing the myriad workout modes, is now done with a few swipes and taps on the touchscreen. I spent more time than I care to admit trying to remember which button did what on last year's Versa, so the physical streamlining here is much appreciates. This new model is simple and clean, just the way I like it. So far, so good, right?

The thing to remember about the Versa is that it costs $40 less than the original for a reason. Well, a few reasons, really. There's no barometric pressure sensor, for instance, so the Lite has no way of guessing at how many flights of stairs you've climbed. And while you can basically swim with the Versa Lite on your wrist for as long as you want, the lack of a gyroscope means the watch can't track your laps in the pool.

More damning for some is the fact that you can't store any music on the Versa Lite. Fitbit wouldn't confirm how much internal storage its new smartwatch has, but it doesn't matter — you can't store any music on it, nor can you access music apps from partners like Pandora or Deezer. That's a big blow to anyone hoping to take their Versa Lites on a run without their smartphones, but, considering the price tag, something had to give. And remember those guided workouts? The ones that would walk you through a series of exercises through a series of alerts that would pop up on-screen? Those are gone, too — you'll have to pay for the full-blown Versa for them.

As frustrating as some of these omissions are, it's easy enough to see why Fitbit went with a cheaper Versa this year. The company's original cheap-and-cheerful smartwatch steered Fitbit to profitability, and it needed a product with mass appeal to help keep that momentum going. With its cleaned-up design and bright color options, the Versa Lite just might be the second hit that Fitbit needed — after all, it sticks very closely to a winning formula, and who doesn't like saving money? For first-time smartwatch shoppers and people with relatively modest wearable needs, the Lite seems like a great option.

The thing is, the Lite only saves you $40, and the extras the standard Versa brings to the table might well be worth the premium. They are for me, anyway, and I could see people bypassing the Lite entirely as a result. (If the Lite were just a little cheaper, though, we wouldn't be having this conversation.) Only time will tell if the promise of solid performance at a very slightly more reasonable price is the answer Fitbit has been searching for — in the meantime, stick around for our full review soon.

In this article: fitbit, fitbit versa, fitbit versa lite, fitness, fitness tracker, gear, hands-on, smartwatch, versa lite, wearable, wearables
All products recommended by Engadget are selected by our editorial team, independent of our parent company. Some of our stories include affiliate links. If you buy something through one of these links, we may earn an affiliate commission.