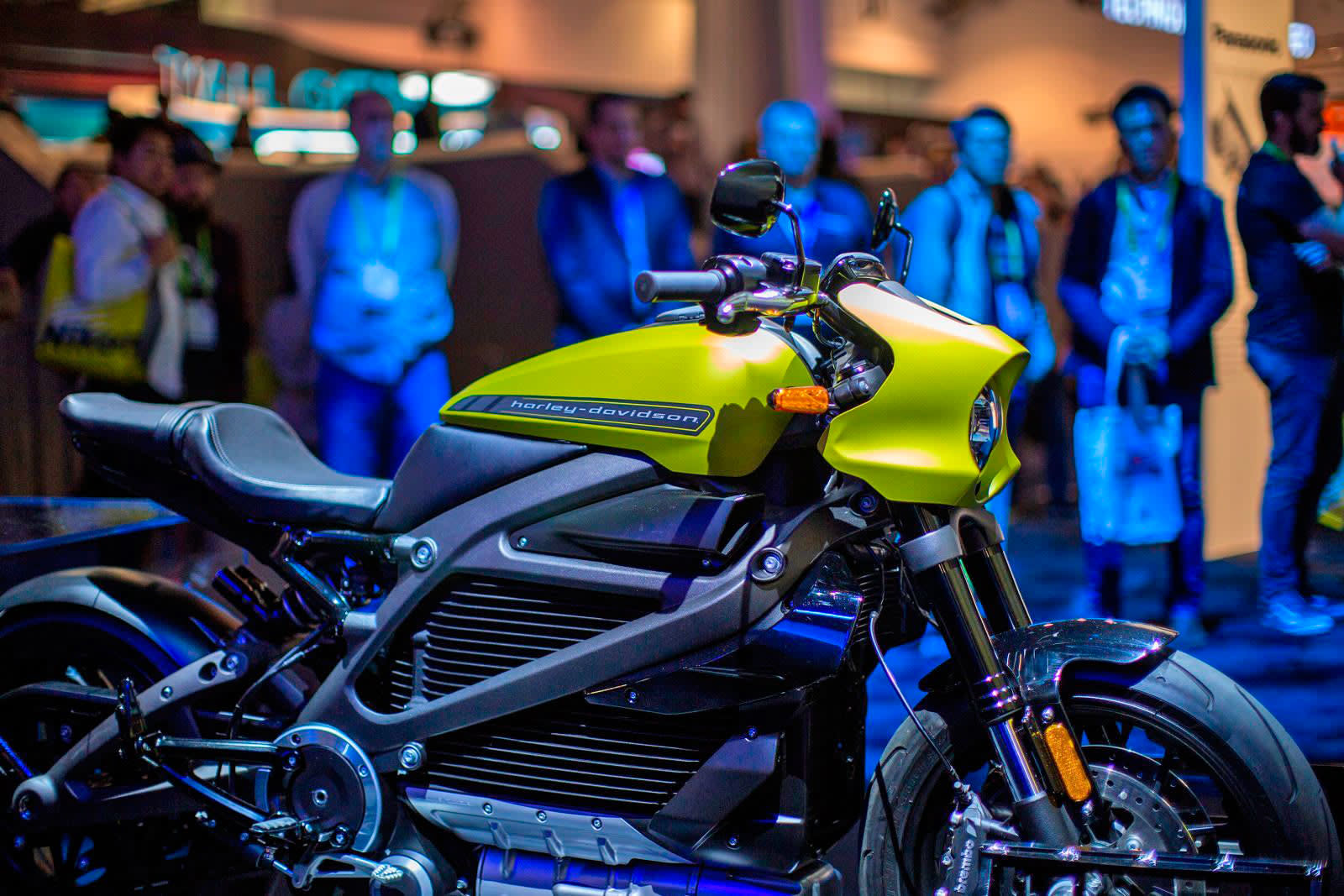 Harley-Davidson has been teasing environmentally conscious bikers with its electric LiveWire motorcycle since 2014. Now, with the bike set to ship this fall, the company has revised its original specs. At the Geneva Motor Show this week, Harley announced that LiveWire will go 30 miles farther than we initially thought.

Previously, the company claimed the bike would have a city range of 110 miles. Now, Harley says, it's good for 140, and it'll have a mixed range rating of 88 miles, for those who occasionally zip onto the highway. While those numbers don't beat Harley's main competition yet, they're still a welcome improvement.

Harley's first electric bike will be faster than we thought, too. We knew the bike could accelerate from 0-60 mph in three seconds, but now, Electrek reports the jump from 60 to 80 mph will take less than two seconds. You won't have to wait long for a charge, either. The battery will go from zero to 100 percent in 60 minutes, thanks to Level 3 DC fast charging -- and according to Electrek, all Harley dealers who carry LiveWire will have Level 3 chargers on site.

The LiveWire will still run you close to $30,000, though, but for anyone who's been tracking this, that's not a surprise. If it's not in your budget, Harley also has an electric scooter and dirt bike in the works, and those will presumably be easier on the pocket.

Even with these new numbers, LiveWire doesn't quite keep pace with its most high-profile competitor, Zero. Also announced at the Geneva Motor Show, Zero's new SR/F electric motorcycle boasts a range of 161 miles and comparable charging time. Plus, the price tag is $10,000 lower. Still, Harley is Harley, and it will undoubtedly have a loyal fan base, even if it built its reputation on loud, greasy machines.

Follow all the latest news from Geneva Motor Show 2019 here!!

In this article: business, electric motorcycle, electric vehicle, ev, gear, geneva motor show, genevamotorshow2019, harley, harley davidson, harley-davidson, level 3 charger, livewire, tomorrow, transportation
All products recommended by Engadget are selected by our editorial team, independent of our parent company. Some of our stories include affiliate links. If you buy something through one of these links, we may earn an affiliate commission.