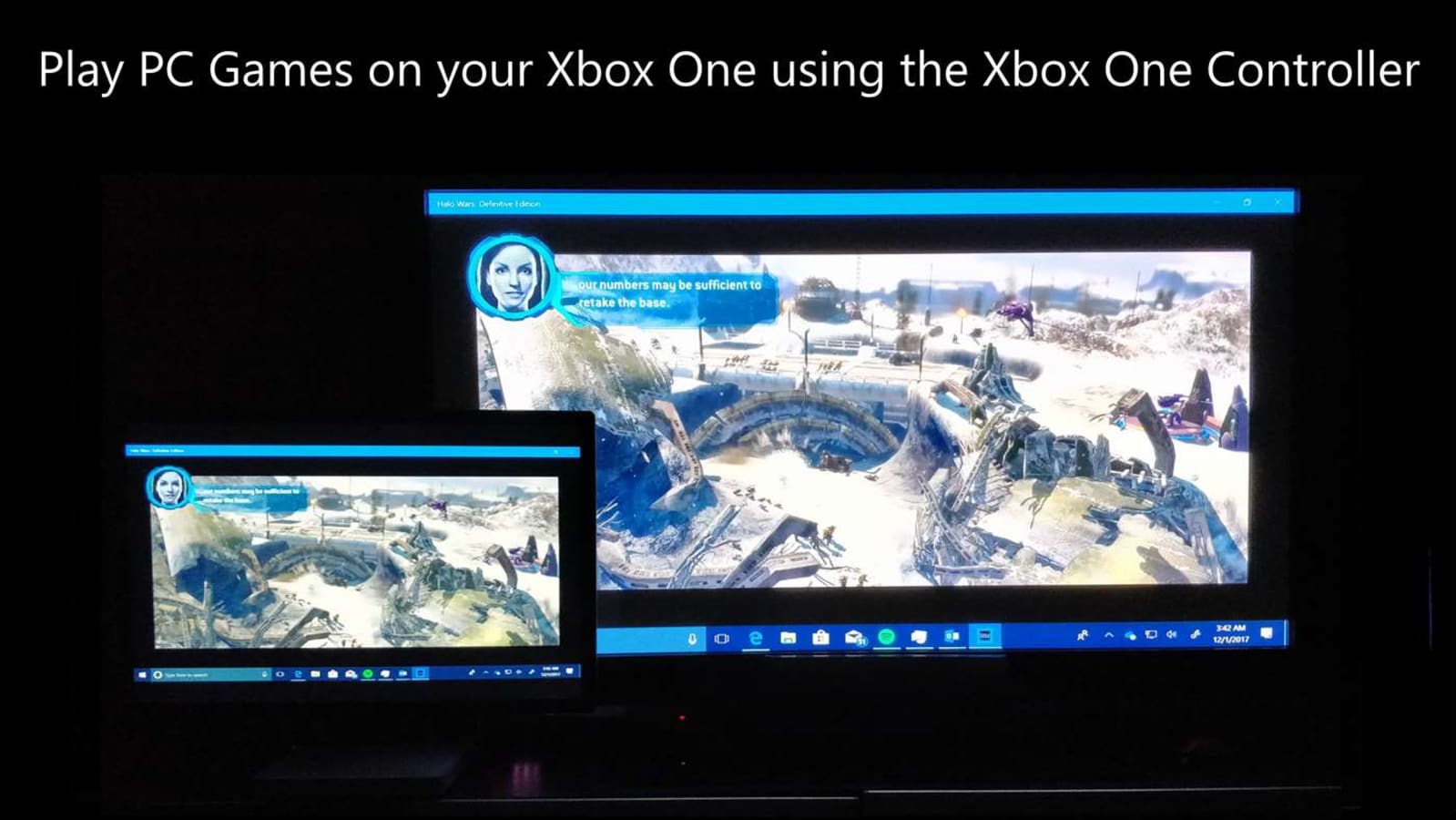 Microsoft announced today that it has updated its Wireless Display app to add support for the Xbox One. The latest version of the app will allow gamers to stream PC titles from Steam and elsewhere directly to Microsoft's gaming console. The app also offers Xbox controller support so you'll be able to play the game with familiar controls.

In order to use the Wireless Display app, you'll need to install the program on your PC and Xbox. Once installed, you'll have the option to cast your computer, be it a game or anything else on your desktop, to your Xbox One. There are a number of different latency settings, including one specifically for gaming that should tone down any potential input lag issues.

It's worth noting that the app doesn't support keyboard and mouse input, so you won't be able to stream to your Xbox while using standard PC controls. Last year, Microsoft introduced keyboard and mouse support for the Xbox One, so it's entirely possible that may be an option while streaming content in the future.

Prior to adding Xbox One support, the Wireless Display app (previously called "Connect on Windows" was available to cast content between a PC and the Microsoft Surface Hub, making it a relatively niche service prior to the recent update. Xbox One support adds a significant amount of new functionality and instantly makes the app one of the most viable ways to play PC games on your Xbox.

Via: The Verge
Source: Microsoft
In this article: av, entertainment, gaming, internet, microsoft, pc games, services, wireless display, wireless display app, xbox one
All products recommended by Engadget are selected by our editorial team, independent of our parent company. Some of our stories include affiliate links. If you buy something through one of these links, we may earn an affiliate commission.