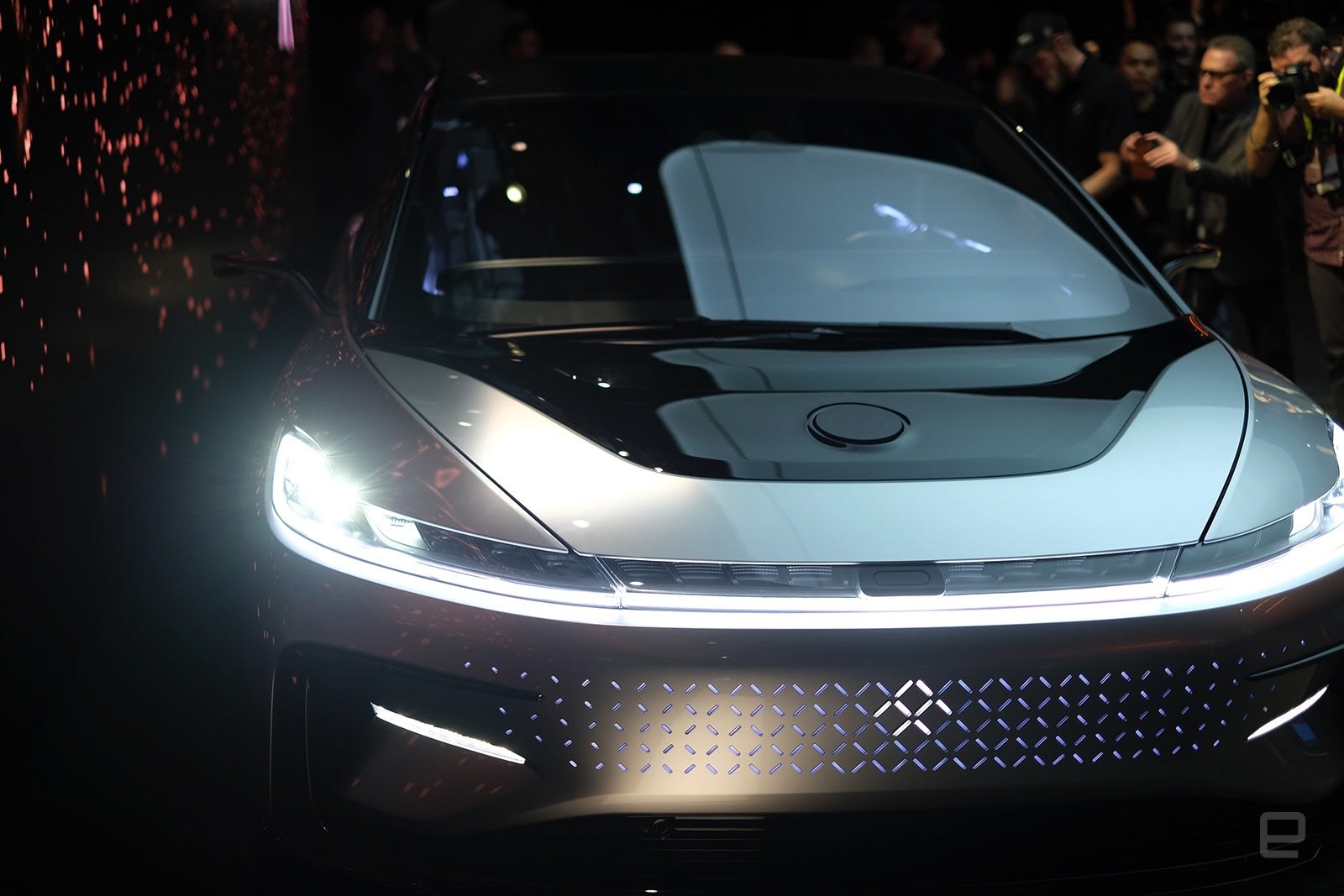 Electric vehicle startup Faraday Future, which has been on life support for the past couple of years, has received a surprise cash injection from a mobile gaming company called The9 Limited. The9 will inject up to $600 million into Faraday, which it will use to build a new car called the V9 (based on its FF91 pre-production car) in China. The joint venture said it will build up to 300,000 EVs, with the first pre-production model scheduled to be arrive by 2020. It will also try to launch the FF91 into production in the US this year, Faraday said.

The news is pretty surprising, considering Faraday's messy relationship with its last partner, Chinese real estate firm Evergrande. That company promised $2 billion, but withdrew the offer after Faraday blew through the initial $800 million payment more quickly than expected. A promise of further financing collapsed, in part, over the condition that Faraday founder Jia Yueting remove himself as director of various offshore companies.

They resolved the dispute at the end of 2018, with Evergrande assuming the rights to Faraday Future's potential EV sales in China. In exchange, Faraday regained control over its own assets, enabling it to obtain other loans and sources of equity financing. That, presumably, is where The9 comes in. It will make an initial $5 million deposit to help Faraday Future bridge "short-term cash flow difficulties," with the remaining $595 million contingent on further, unspecified funding.

Faraday Future's main asset is its FF91 pre-production vehicle that ate up a lot of that financing. The vehicle has hit speeds of up to 155 MPH during trials, but reportedly caught fire during a Faraday event, setting back development. Now, the company has to get back to preparing it for production. After its dispute with Evergrande, however, it lost many of its employees and engineers to Rivian, which recently unveiled an electric pickup truck and SUV. Considering all that Faraday has gone through, it would be quite a miracle if it ever produced any EVs.

Source: The9 Limited, Faraday Future
In this article: EV, FaradayFuture, FF91, Financing, gear, Manufacturing, transportation
All products recommended by Engadget are selected by our editorial team, independent of our parent company. Some of our stories include affiliate links. If you buy something through one of these links, we may earn an affiliate commission.