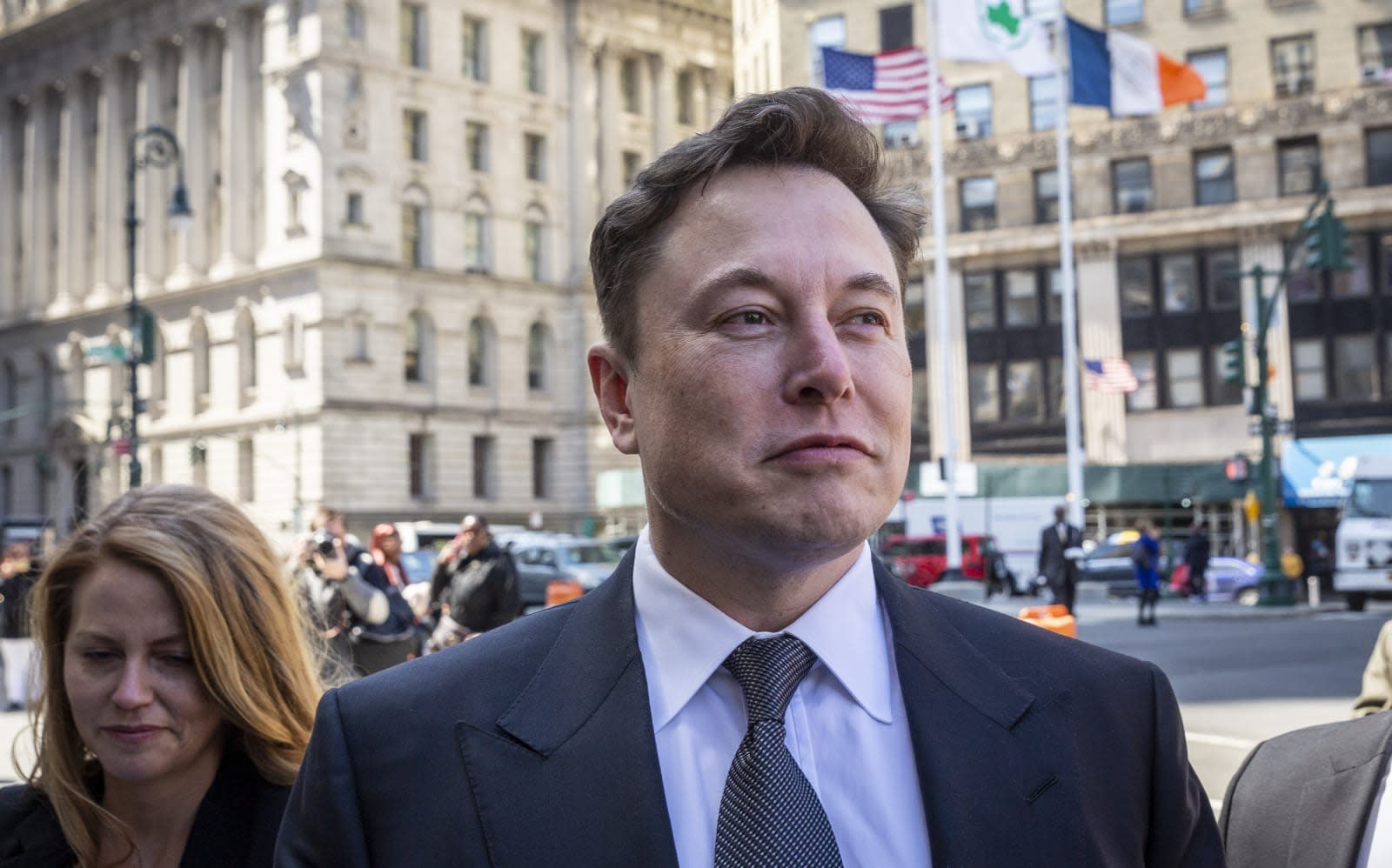 Tesla chief Elon Musk told reporters outside the Manhattan Federal Courthouse that he was "very happy" over the outcome of the SEC's latest complaint against him. The commission sought to hold him in contempt for violating their previous settlement over a financially relevant tweet, after all, but the judge has merely ordered both parties to resolve their dispute outside of court. "Take a deep breath, put your reasonableness pants on, and work this out," District Judge Alison Nathan said during the hearing.

The SEC brought him to court for the second time after he tweeted a photo of Tesla's facility and followed that up by saying that the automaker will manufacture 500,000 cars in 2019. He corrected himself in another follow-up and clarified that 500,000 is merely the expected production rate. Tesla still expects to deliver 400,000 vehicles for the year, which is consistent with previous guidance. Clearly, his clarification wasn't enough for the SEC.

Musk had to step down as Tesla chairman and pay $20 million in penalty the first time the Securities and Exchange Commission filed a lawsuit against him over tweets about taking Tesla private. The agency said his proclamation that the company already has the funding to take the automaker private constitutes fraud for being "false and misleading."

While that lawsuit also sought to ban the executive from serving as an officer of a public company, Musk's deal with the SEC ultimately allowed him to keep his role as Tesla's CEO. Also part of that deal? Having tweets that contain material information about Tesla's vehicle production pre-approved by one of the company's lawyers.

The commission said that by tweeting the 500,000 production outlook for the year, Musk shared "inaccurate and material" data, one that wasn't reviewed by Tesla's lawyers. Musk argued, however, that he had the right to decide whether a post needs pre-approval and that the tweet in question was immaterial to shareholders. He said in a statement provided to Reuters:

"I have great respect for Judge Nathan, and I'm pleased with her decision today. The tweet in question was true, immaterial to shareholders, and in no way a violation of my agreement."

Judge Nathan gave both parties two weeks to hammer out an agreement. If they still don't reach one by that time, then that's when she'll hand down her decision. In case Musk is found in contempt, he might be required to start submitting regular reports about how Tesla's lawyers are overseeing his tweets. SEC lawyer Cheryl Crumpton is also eyeing the possibility of imposing higher fines, seeing as Musk said the $20 million fine he had to pay the first time was "worth it."

In this article: business, elon musk, gear, sec, tesla, transportation
All products recommended by Engadget are selected by our editorial team, independent of our parent company. Some of our stories include affiliate links. If you buy something through one of these links, we may earn an affiliate commission.