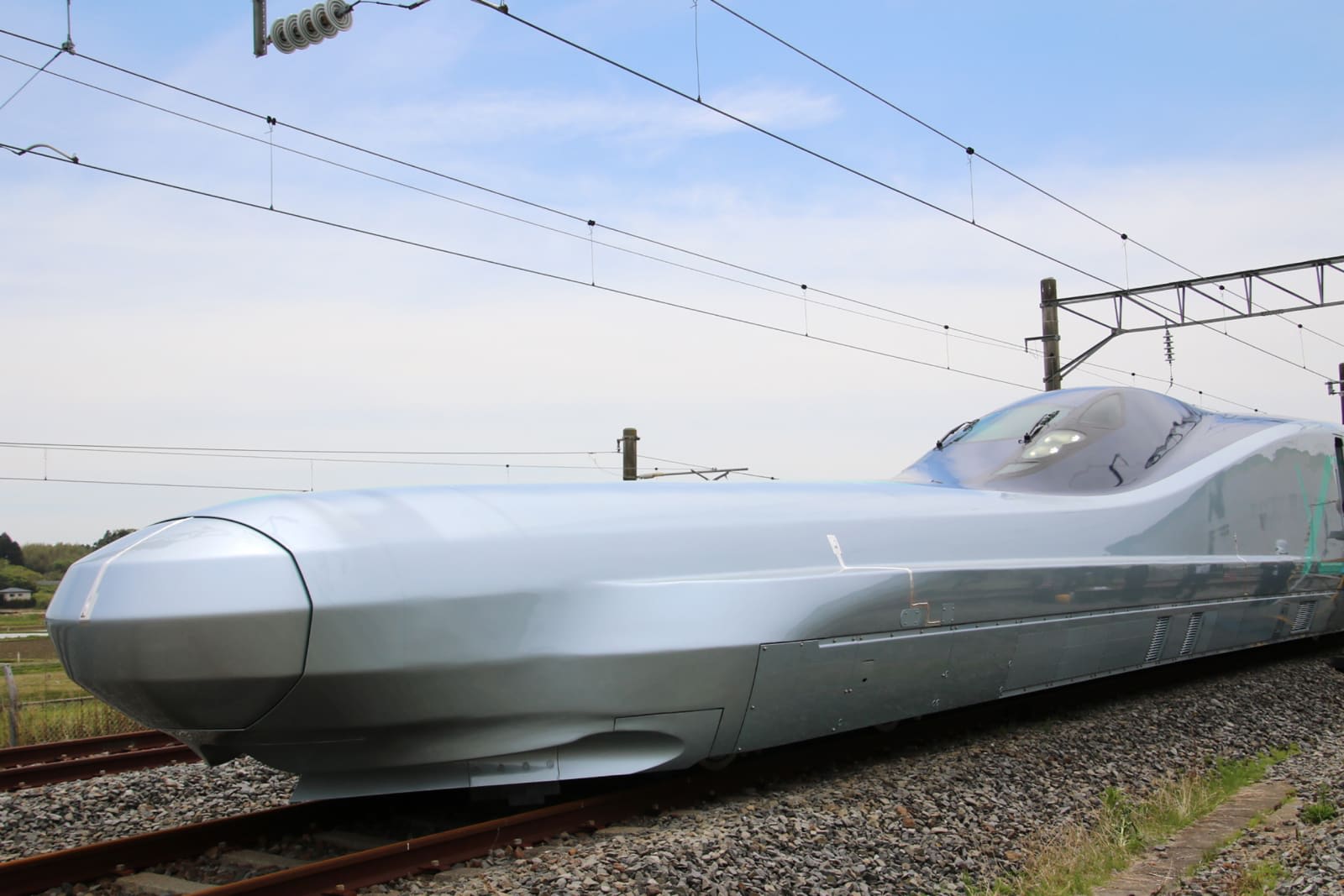 Last week, Japan started testing its latest and fastest bullet train. The Shinkansen ALFA-X is capable of reaching 400 kilometers per hour (249 mph), and it's expected to enter operation around 2030. When it does, the ALFA-X will likely become the world's fastest bullet train, carrying passengers around 360 kph (224 mph).

First the train will have to undergo three years of testing, CNN reports. Those test runs will happen after midnight, twice each week, on tracks between the cities of Aomori and Sendai. The train, built by Kawasaki Heavy Industries and Hitachi, has 10 cars and a 72-foot-long aerodynamic nose. It will also be tested with a 52-foot-long nose, and it will use both roof-mounted air brakes and magnetic plates underneath for breaking.

Japan plans to introduce riders to another bullet train, the Shinkansen N700S, in 2020, but that will max out around 300 kph. While the ALFA-X should easily surpass that top speed, it won't come close to catching Japan Railway's experimental maglev train, which reached 603 kph in 2015. Still, the ALFA-X will advance Japan's legacy of groundbreaking bullet trains.

Source: CNN, The Verge
In this article: alfa-x, aomori, bullet train, fastest, gear, Hitachi, japan, japan railway, Kawasaki, sendai, shinkansen, testing, TL19GOFAST, tomorrow, transportation
All products recommended by Engadget are selected by our editorial team, independent of our parent company. Some of our stories include affiliate links. If you buy something through one of these links, we may earn an affiliate commission.