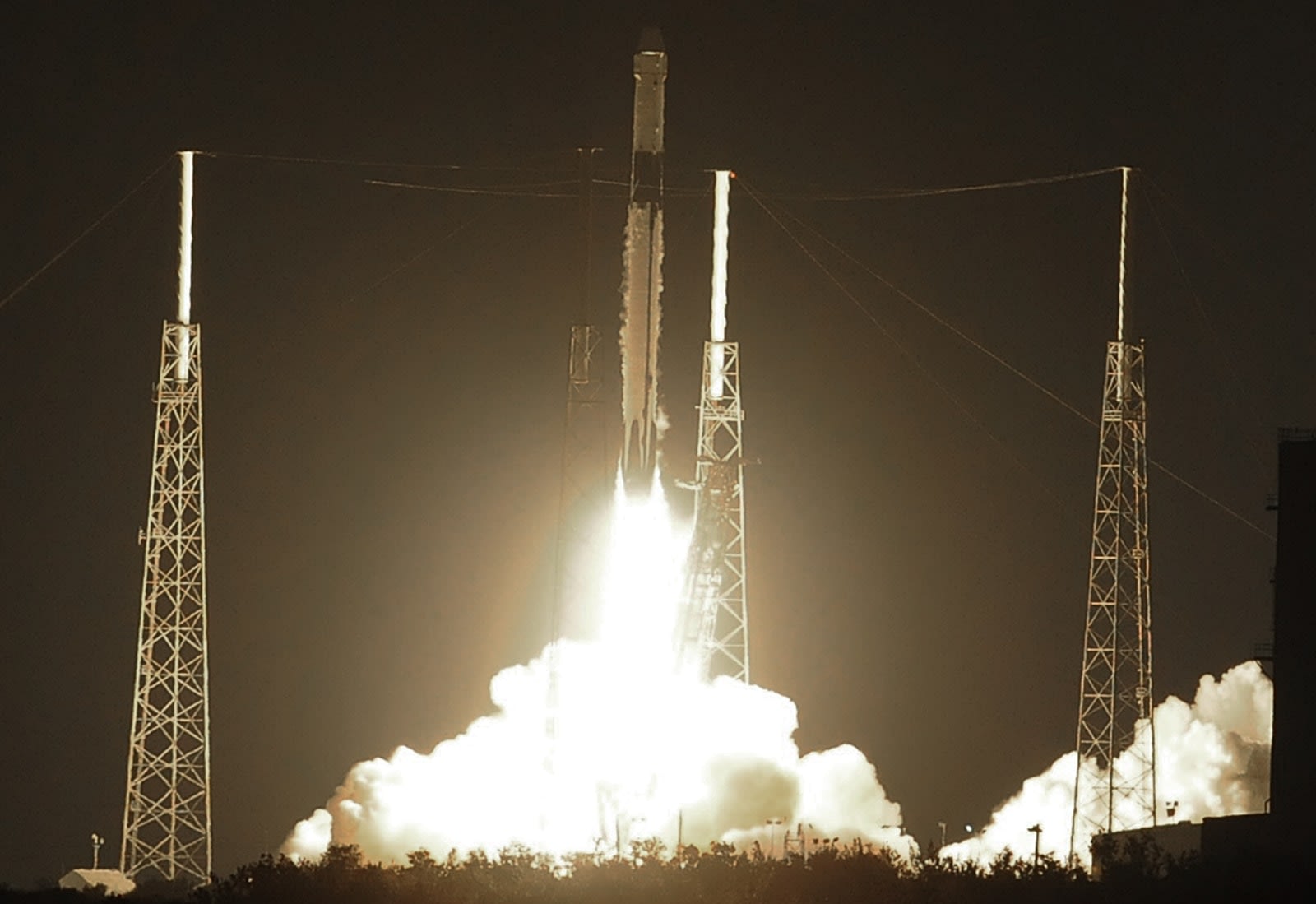 Earlier this week Elon Musk gave us a sneak peek at Space X's Starlink internet satellites before they're propelled into orbit. We can already see that it's a bit of a squeeze for the 60 production satellites inside the Falcon 9 rocket faring, so we know they're pretty flat-pack. Now, SpaceX has revealed a little more about how they actually work.

Each flat-panel features multiple high-throughput antennas and a single solar array. Each satellite weighs just 227kg, so they're lightweight as well as slim. Despite their slight size, though, they have a bunch of operational capabilities. Hall thrusters, for a start, powered by krypton, to adjust their position in orbit and maintain their intended altitude. Each satellite is also equipped with a Startracker navigation system, which will allow SpaceX to point them with precision.

There's a lot of junk floating around up there, even at the satellites' lower orbit, so collision is a risk, but the satellites are capable of tracking on-orbit debris and can autonomously avoid this. Also, in a big thumbs up for current safety standards, 95 percent of all components of this design will burn up in Earth's atmosphere at the end of each satellite's lifecycle -- SpaceX is aiming to make this 100 percent in the future.

The launch window is currently slated for 10:30 PM ET / 7:30 PM PT today, Wednesday May 15th, although there's a back-up window in place for tomorrow, in case any last minute tweaks need to be made (a delayed launch wouldn't be out of the ordinary for SpaceX). These inaugural 60 satellites mark the beginning of the creation of Starlink's global internet connection, which will ultimately comprise around 12,000 satellites when the network is eventually complete in the mid-2020s. Watch the launch live, here.

Update: Due to high winds, the launch was scrubbed. SpaceX will make another attempt Thursday night between 10:30 PM ET and midnight ET.

Source: SpaceX
In this article: Elon Musk, Falcon 9, internet, orbit, satellite, space, SpaceX, Starlink, tomorrow
All products recommended by Engadget are selected by our editorial team, independent of our parent company. Some of our stories include affiliate links. If you buy something through one of these links, we may earn an affiliate commission.