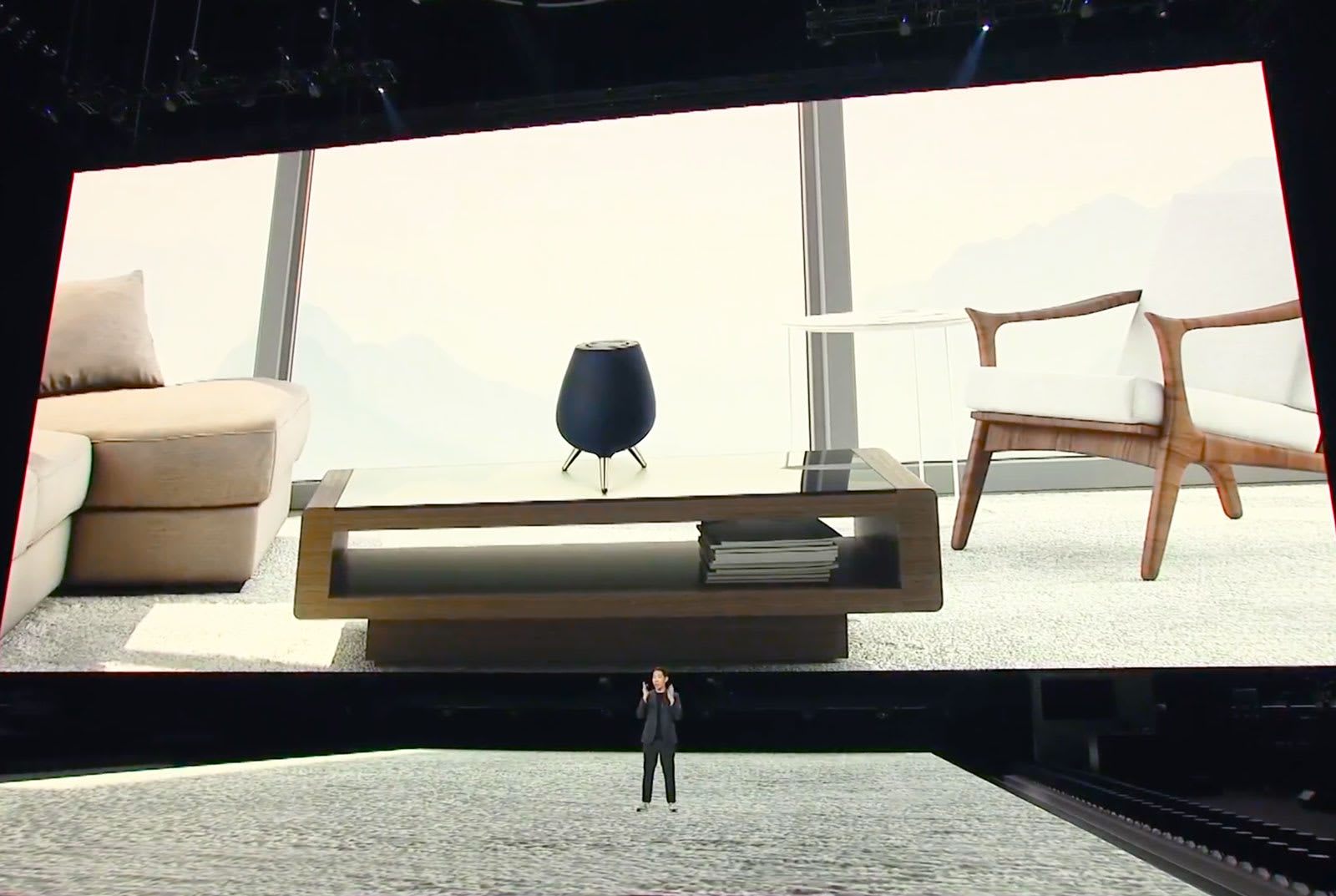 Samsung has delayed the release of its Galaxy Home speaker. The Bixby-powered device should be on shelves sometime between July and September. Official confirmation of the delay shouldn't be too much of a surprise, as Samsung previously told Engadget it planned to put the speaker on shelves in the first half of the year, and there's still no whisper of a confirmed release date.

CEO Hyun-suk Kim told the Korea Herald Galaxy Home is "planned to be launched in mid-second half of the year," or in other words, Q3. That means it'll be around a year between Samsung announcing Galaxy Home and starting to sell it. Kim described the device as "the center of Samsung's home appliances," suggesting it's an important part of Samsung's smart home strategy. However, he declined to discuss reported plans for a smaller version of the speaker.

Given Galaxy Home's apparent significance to the company, it might not be such a bad idea for Samsung to give itself plenty of time to get the speaker just right. When we tried Galaxy Home at CES in January, we found it to be very limited in what it could do and in need of some more work before Samsung brought it to market.

Via: 9to5 Google
Source: Korea Herald
In this article: bixby, galaxy home, galaxyhome, gear, home, samsung, samsung galaxy home, samsunggalaxyhome, smart speaker, smartspeaker, voice assistant, voiceassistant
All products recommended by Engadget are selected by our editorial team, independent of our parent company. Some of our stories include affiliate links. If you buy something through one of these links, we may earn an affiliate commission.