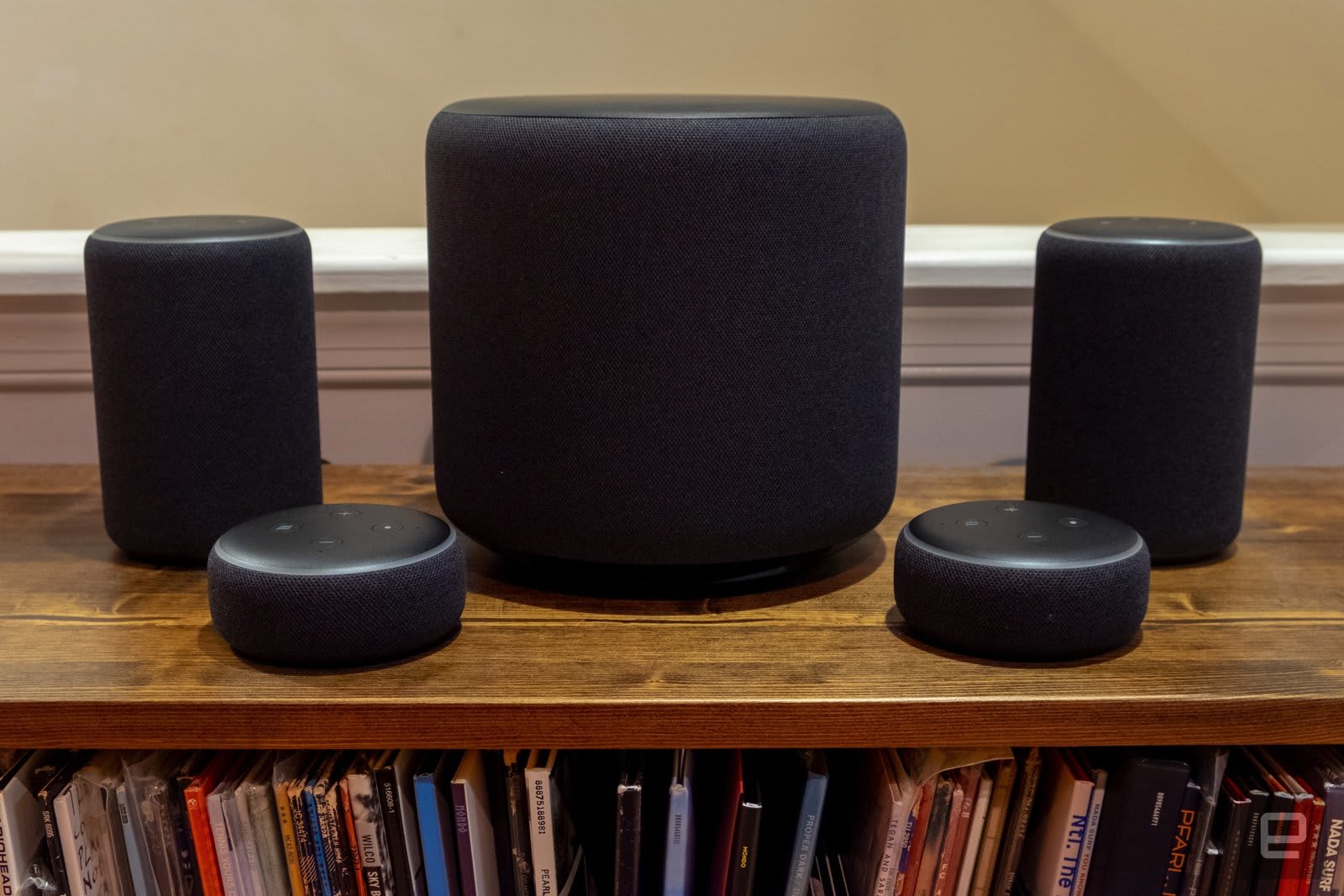 Despite an influx of new models last year, Amazon's Echo probably isn't the first thing that comes to mind when you think of high fidelity. The company wants to change that by introducing a higher-quality version of the Echo to better compete with the like of Sonos, according to Bloomberg. Amazon's Lab126 research division has reportedly produced prototypes that are larger than the current Echo in order to pack in at least four tweeters.

An Echo with better sound quality makes a lot of sense, considering that Amazon may be launching a high-fidelity version of its Music Unlimited service for $15 per month. It also gives it a way to compete against Google's Home Max, a speaker with better fidelity than anything Amazon has to offer.

While Amazon has a very comfortable lead in the smart smart speaker market, it's been slowly dropping while Google's share goes up. Amazon recently released the Echo Sub for better bass, along with the Echo Plus, which delivers better sound than the Echo. However, it still doesn't have a product to compete with Alexa-enabled Sonos speakers or the Home Max, sound-wise.

On a much weirder note, Bloomberg also reported that Amazon has ramped up work on a home robot code-named Vesta, first seen last year. The company has apparently been assigning engineers from other projects to work on the project, a sign that it's fairly serious about commercializing it.

What?!!!! Found this in the living room when I got home. I have no idea. #LifeWithFourKids

According to Amazon insiders, it could be a kind of mobile Alexa that follows you around like a dog, delivering music or movies to any part of your house. It's supposedly waist-high, uses computer vision to navigate and can be summoned by voice. It's hard to imagine Amazon releasing a butler-like robot, given the cost and complexity, but if it's more like an Echo attached to a Roomba (as seen in a Bezos 2018 Instagram post), it could make a lot of sense.

Source: Bloomberg
In this article: amazon, av, Echo, entertainment, gear, Lab126, robot, speaker, vesta, VoiceControl
All products recommended by Engadget are selected by our editorial team, independent of our parent company. Some of our stories include affiliate links. If you buy something through one of these links, we may earn an affiliate commission.