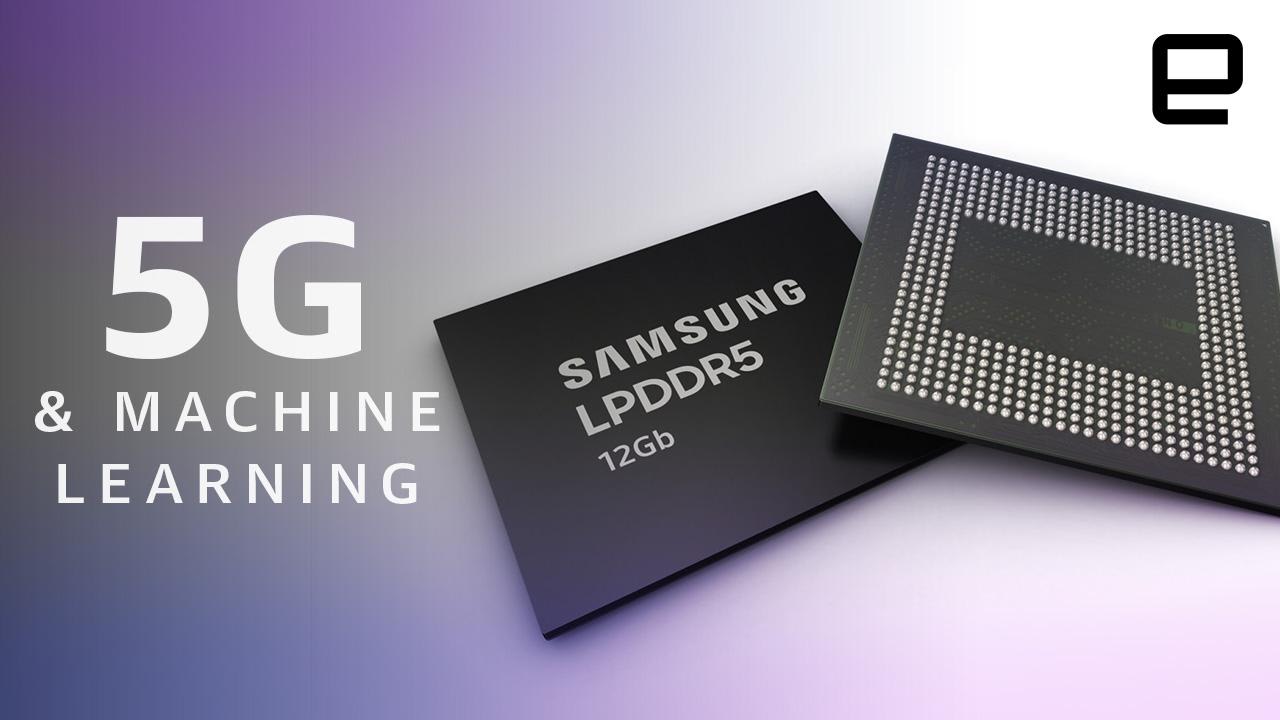 It has only been a few months since Samsung unveiled the highest-capacity smartphone DRAM yet -- a 12GB LPDDR4X package for premium devices -- but it's already following that up with a faster model of the same size. The Korean tech giant has started mass producing what it says is the industry's first 12Gb LPDDR5 for phones, and it'll also start the mass production of 12GB LPDDR5 packages later this month. Samsung introduced its LPDDR5 chip technology last year in hopes of providing 5G phones with a fast, energy-efficient RAM that can power machine learning and AI applications.

Like the LPDDR4X RAM, the component is built on Samsung' second-gen 10-nanometer chip. It was designed, however, to be around 1.3 times faster. In a 12GB package with eight 12Gb chips, the component will allow phones to transfer a whopping 44GB of data or around 12 full-HD movies, based on Samsung's computation, in a single second. Further, the new component uses 30 percent less power than its predecessor. Samsung says those characteristics will give next-gen flagship phones the capabilities they need "to fully leverage 5G and AI capabilities like ultra-high-definition video recording and machine learning, while greatly extending the battery life"

Samsung's memory business has been suffering in recent months due to a drop in prices and sales, so it's no surprise that it's been ramping things up in that department. In fact, the conglomerate is planning to develop a 16Gb LPDDR5 next year for smartphones with even more advanced features.

In this article: 5G, AI, AOLoriginals, daily show, DRAM, engadget, Engadget Today, engadget video, entertainment, gear, LPDDR5, mobile, samsung
All products recommended by Engadget are selected by our editorial team, independent of our parent company. Some of our stories include affiliate links. If you buy something through one of these links, we may earn an affiliate commission.