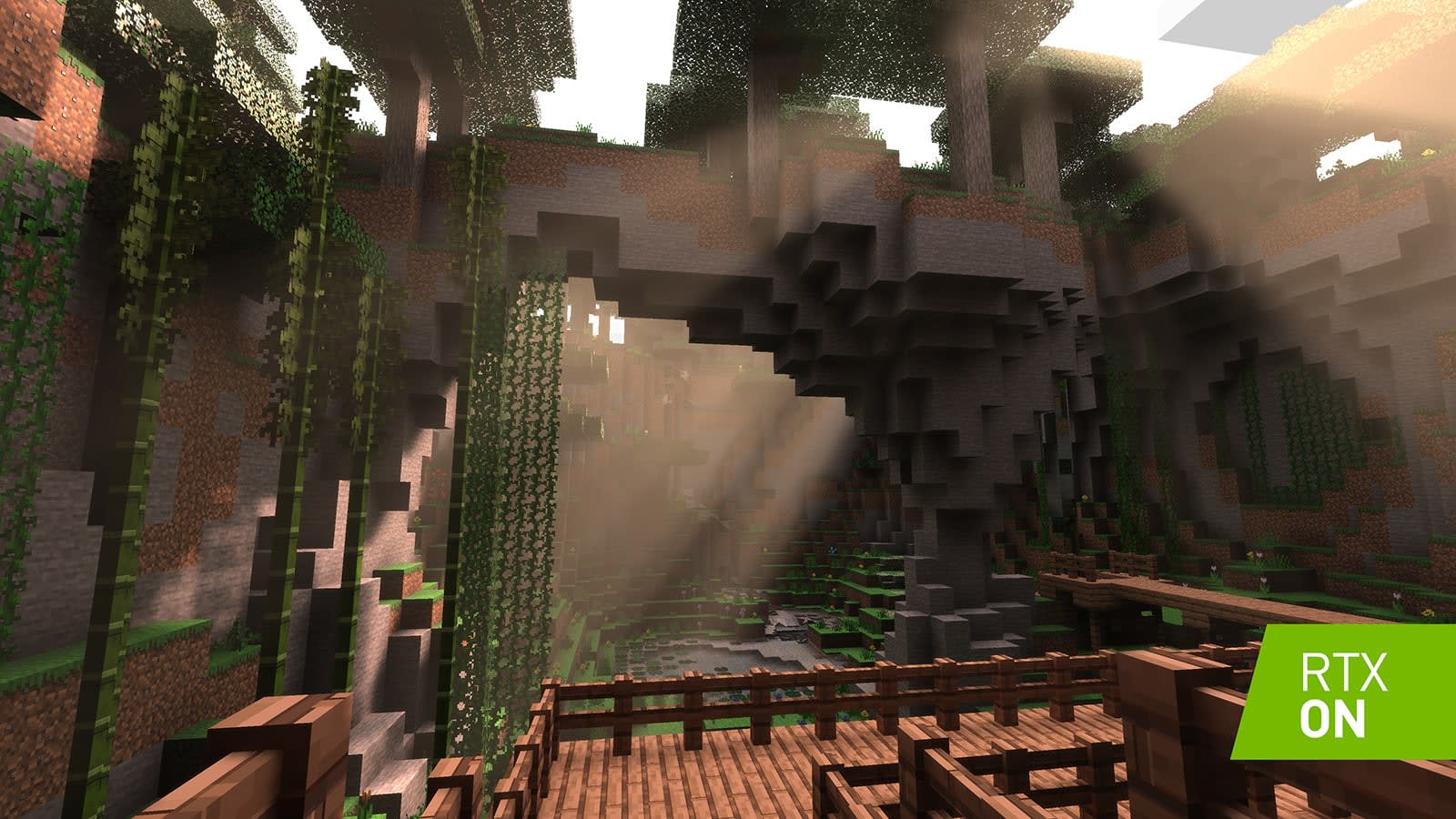 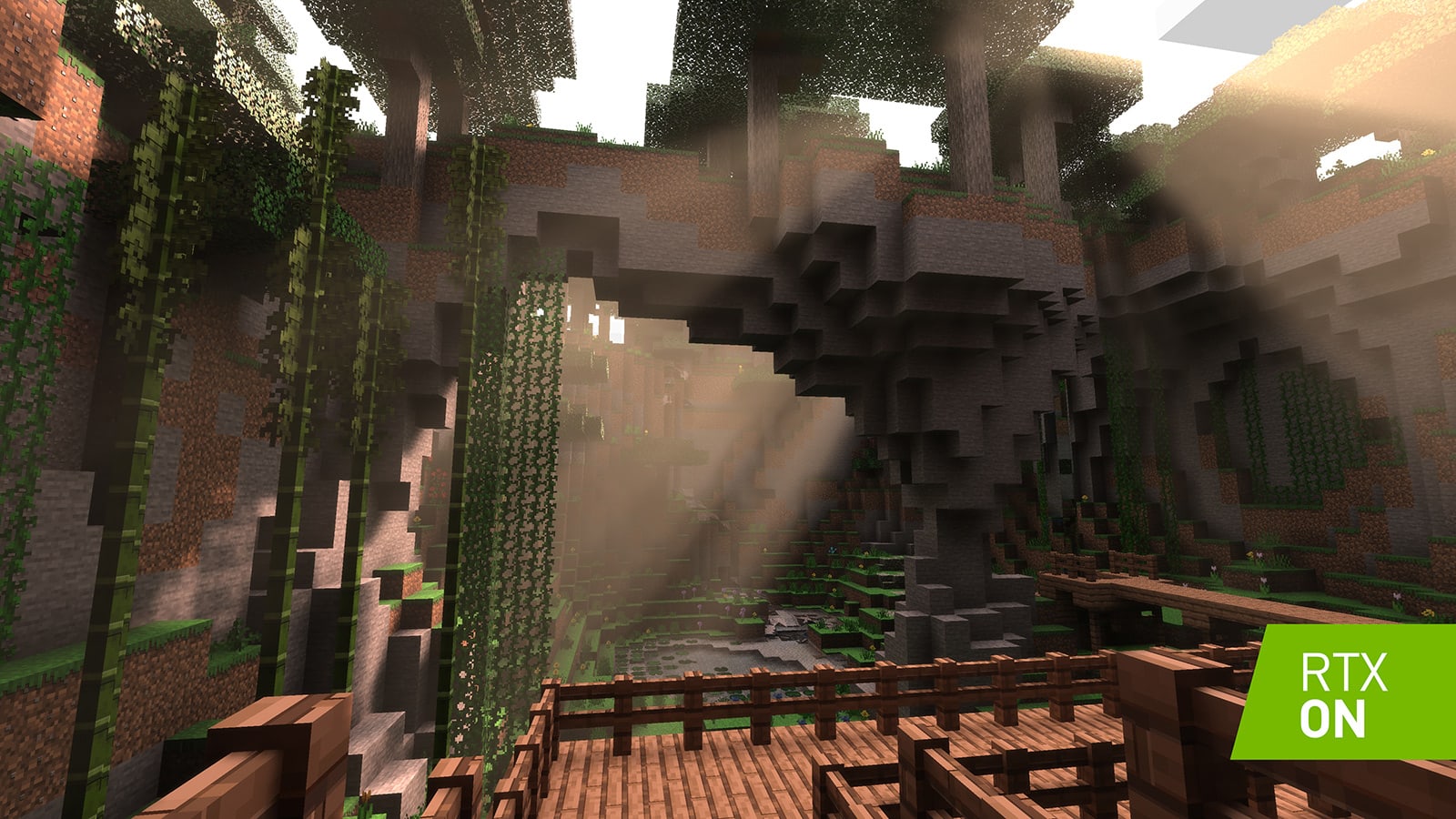 Minecraft's blocky world might be the last place you'd think would need more realism. However, NVIDIA and Microsoft have announced that they've done exactly that, bringing RTX ray-tracing powers to the ever-popular game. "In normal Minecraft, a block of gold just appears yellow," said Minecraft's Saxs Persson, "but with ray tracing turned on, you really get to see the specular highlight, you get to see the reflection, you can even see a mob reflected in it."

Microsoft developer Mojang and NVIDIA added a type of ray tracing called "path tracing" to the Windows 10 version of the game. That realistically simulates a variety of lighting conditions, including direct light sources like the sun or glowing lava, hard and soft shadows, diffuse global illumination, reflections, refraction and atmospheric scattering. 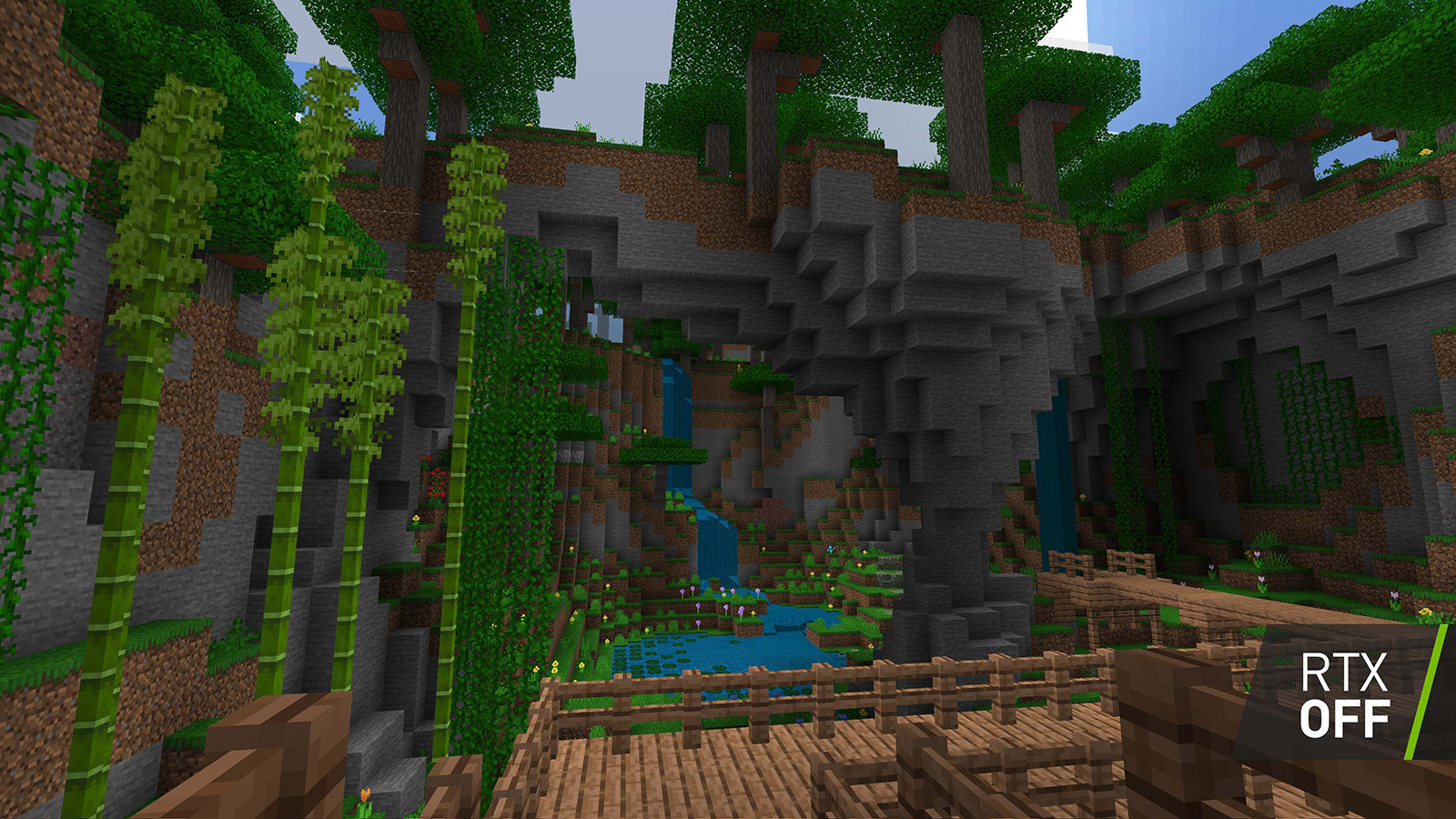 The final result is more dramatic than with other ray-traced games (see the non-RTX frame above and more screenshots here) probably because Minecraft is so inherently unrealistic to begin with. In order to run the new update in real time, however, you'll need to have a Windows 10 PC equipped with one of NVIDIA's RTX GPUs. Since Mojang recently canceled its Super Duper Graphics Pack for Minecraft on the Xbox One X, ray-tracing appears to be the only way you're going to get better graphics on the game for now.

It needs to be said that this isn't exactly an original idea from NVIDIA and Microsoft. Earlier this year, Digital Foundry showed off a mod called "Sonic Ether's Unbelievable Shaders" from Minecraft creator Sonic Ether. His shader is also a path tracer and delivers many of the same features as the new official update.

On top of the Minecraft update, NVIDIA also announced ray-tracing for new games including RPG Dying Light 2, Metro Exodus - The Two Colonels DLC and SYNCED: Off Planet. It's also "premiering several ray-traced games that are unveiling ray-traced effects for the first time," including Call of Duty: Modern Warfare, Control, Vampire: The Masquerade - Bloodlines 2, Watch Dogs: Legion and Wolfenstein: Youngblood. It appears to improve those games to varying degrees, but not nearly as much as Minecraft, judging by screenshots available in NVIDIA's news release.

Source: NVIDIA
In this article: av, CallOfDuty, DyingLight2, gaming, Minecraft, Mojang, nvidia, PathTracing, ray-tracing, Realism
All products recommended by Engadget are selected by our editorial team, independent of our parent company. Some of our stories include affiliate links. If you buy something through one of these links, we may earn an affiliate commission.