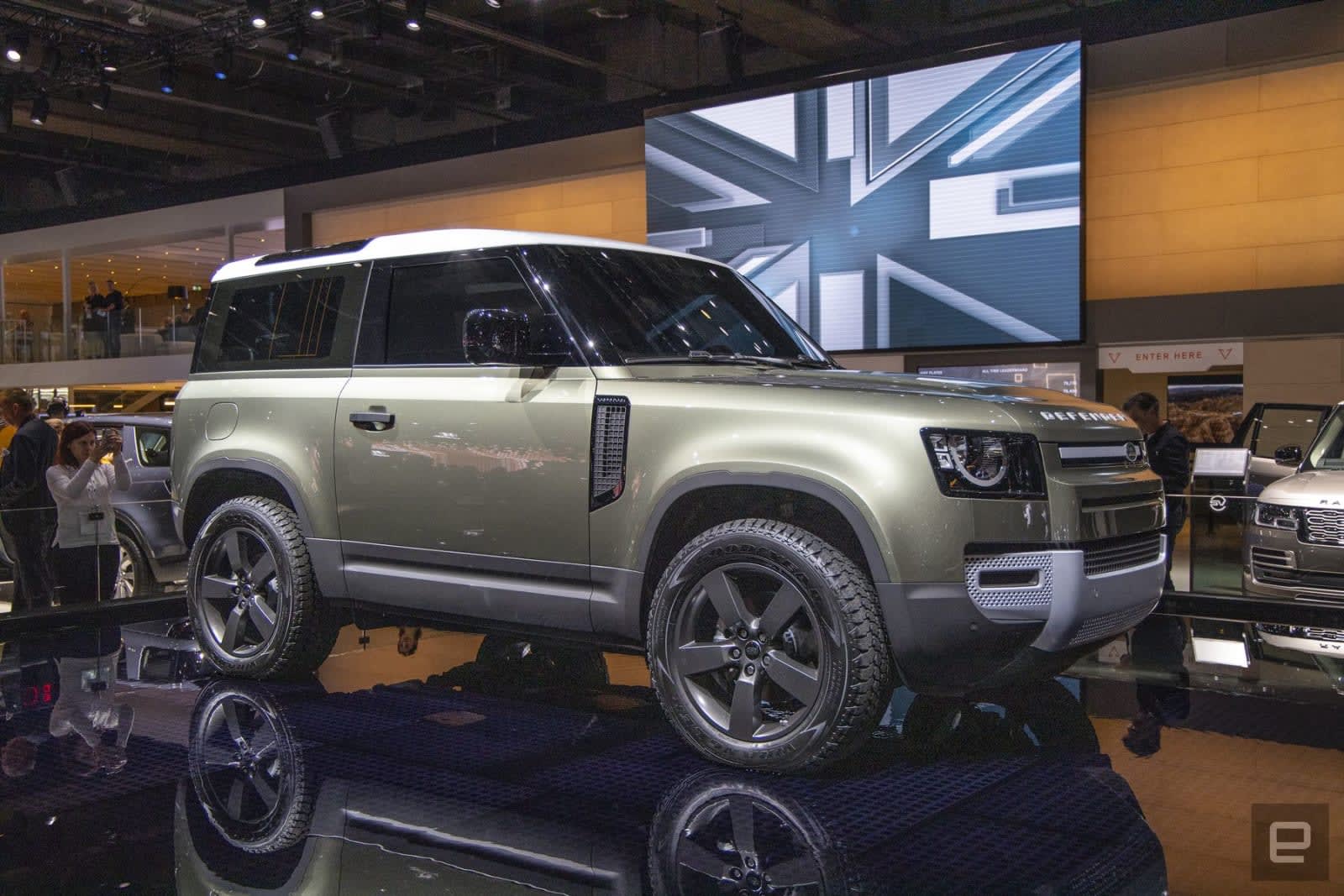 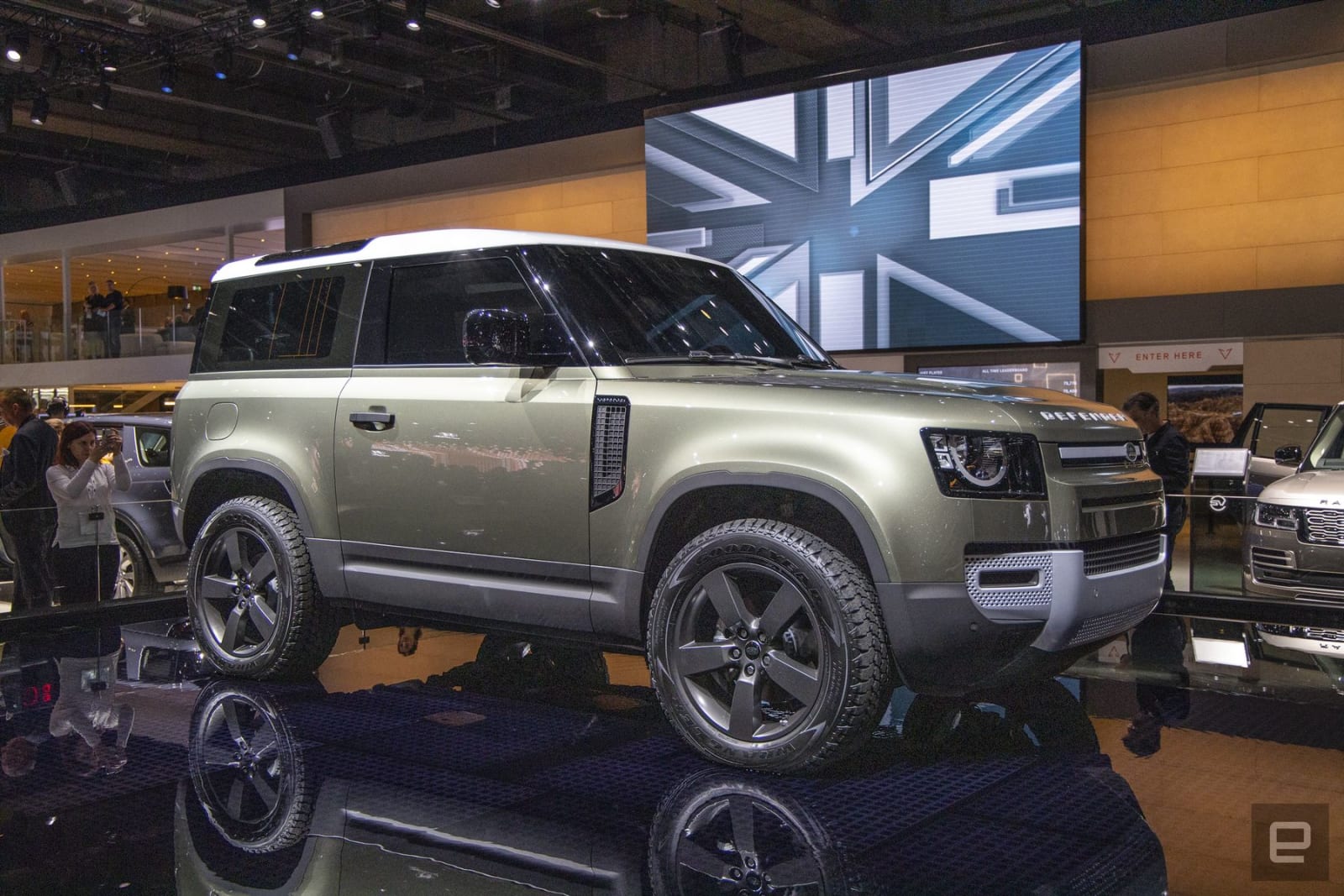 After shelving the model in the US, Land Rover has brought back the rugged Defender and will soon launch a plug-in hybrid (PHEV) version of the vehicle. The all-new model is far from the capable, but spartan 4x4 that last appeared in the US in 1997. It can still tackle any terrain, including 42-degree hills, but drivers will be able to go off-road with the kind of comfort and tech you'd expect from the luxury UK brand.

Land Rover hasn't said much about the specs for the PHEV, but according to Top Gear, it'll have the same powertrain as the Range Rover PHEV. That means a battery-only range of around 30 miles and a 400 combined horsepower. That would take you from zero to 60 mph in over 6 seconds and to a top speed of over 130 mph, should you want to do that in a Land Rover for some reason.

On top of the PHEV, there's a mild-hybrid Defender that will pump out 397 horsepower and hit 60 mph in 5.7 seconds, less than half the time of the last Defender, a 2015 Europe-only model. Cheaper versions will pack 237 horsepower and 197 horsepower diesel motors, and at least one of those models should come to the US.

Let's face it though, if you're buying a Defender for straight-line acceleration or top speeds, you're really missing the point. The Defender was always Land Rover's true 4x4, compared to the Discovery and other models aimed more at posh urban cowboys. It retains the general look of the original, and to prove its point about its offroad prowess, Land Rover drove the vehicle down a 42-degree ramp when it launched the vehicle at the Frankfurt Motor Show.

As I discovered for myself at the show, the Defender is impressively comfortable inside and pretty high-tech for a vehicle designed to tackle goat trails. There's a 10-inch infotainment system tucked in the dashboard, and it works out of the box with Android Auto and CarPlay.

It has driver-assistance tech like other upscale vehicles, but some of the features are designed for off-roading. For instance, if you need to cross a creek, the Rover's optional "wade sensing" drive mode automatically locks the driveline, raises the ride height and displays an image showing the depth of water on the infotainment screen. It will even partly apply the brakes in order to dry the rotors so you can regain braking power more quickly.

Other features include "ClearSight" ground view that shows the ground in front of the Defender, and a feature that lets drivers set their preferred off-road settings. It also comes with a tow assist that makes it a snap back up with a trailer using a control knob in the center console.

Coming from Land Rover, the Defender won't be cheap, of course, but it's not as much as you might expect. It'll come in two- and four-door versions starting at $50,000 with top versions over $80,000. There's no word yet on PHEV availability, but other versions should start arriving in the US in spring of 2020.

In this article: 4x4, Defender, frankfurtmotorshow2019, gear, PHEV, Plus-inHybrid, RangeRover, Rugged, transportation
All products recommended by Engadget are selected by our editorial team, independent of our parent company. Some of our stories include affiliate links. If you buy something through one of these links, we may earn an affiliate commission.