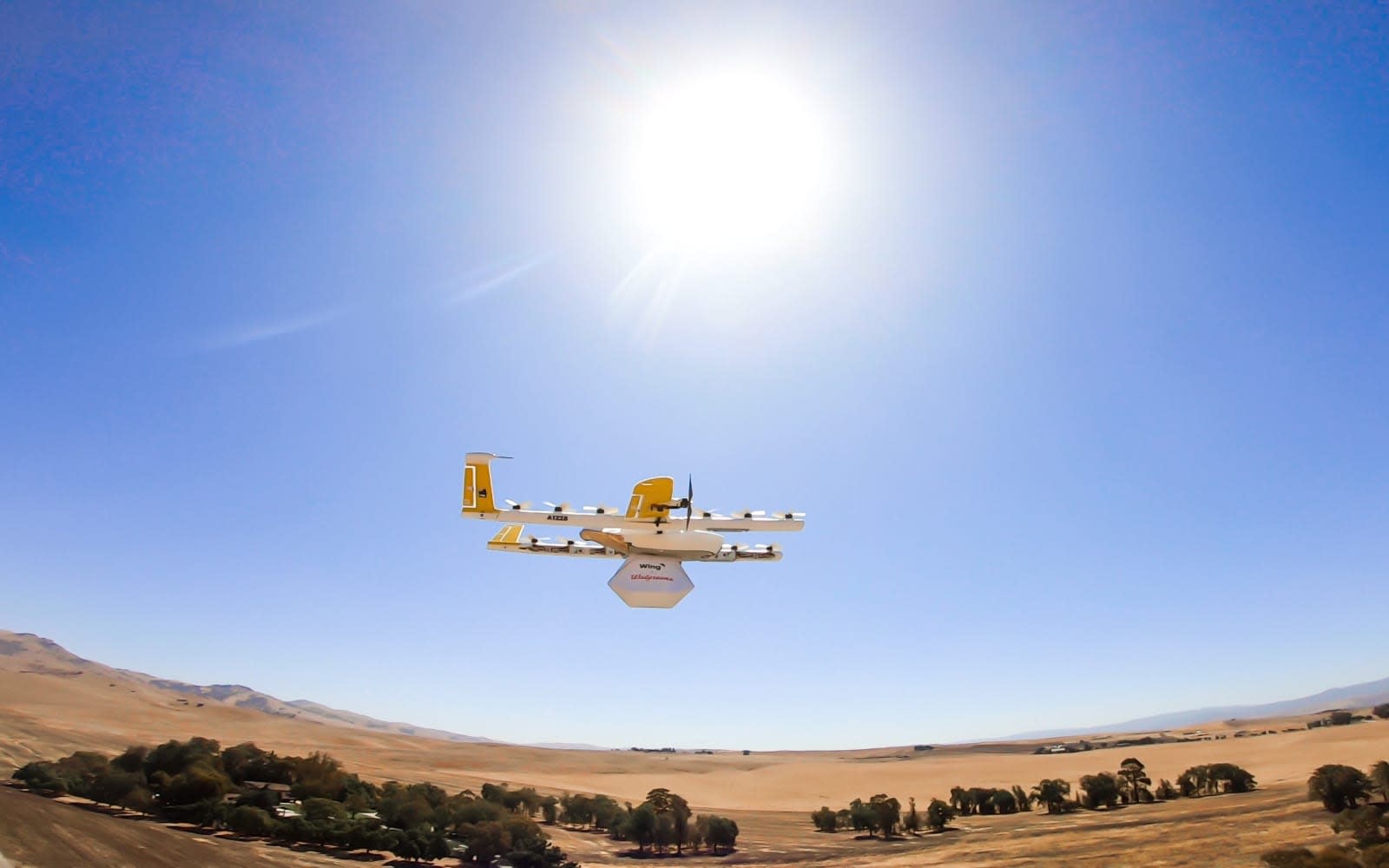 This fall, Alphabet's drone delivery arm Wing will begin delivering goods for FedEx Express, Walgreens and a small retailer. The pilot program will be based in Christiansburg, Virginia, and it's meant to prove that Wing's drones are ready to deliver health care products, fill last-mile delivery needs and give local retailers a boost.

In April, Wing became the first drone delivery company to receive its Air Carrier Certification from the US Federal Aviation Administration (FAA). This pilot program has been months in the making. With Walgreens, Wing will deliver over-the-counter medicines and other health and wellness items on-demand. Wing has designed a customized box that its drones will use to transport eligible FedEx Express deliveries, and Wing will transport small gifts and food items from the local retailer Sweet Magnolia.

FedEx is collaborating with @Wing to test delivery of small packages via drone to residents of Christiansburg, VA, beginning this fall. To learn more, visit https://t.co/cu3T1f8KNz pic.twitter.com/9MmsLbFxIF

Wing has been active in Christiansburg and the New River Valley area for years. In 2016, it delivered Chipotle burritos to the Virginia Tech campus in Blacksburg, Virginia, and it has an ongoing partnership with Virginia Tech's Mid-Atlantic Aviation Partnership. Wing is active in other countries, too. In Australia, it has flown more than 70,000 test flights and made thousands of deliveries. And as part of another pilot program, it's delivering meatballs, pastries and other gourmet goods in Helsinki.

Wing does face some serious competition. Uber Elevate is committed to delivering fast food via drones. Amazon is busy updating its robotic drone's design, and larger delivery drones could be put to use by the US Military. Wing does have a head start, and if this Christiansburg pilot goes well, we may soon see Wing delivering goods in other parts of the country.

Source: Wing
In this article: alphabet, business, christiansburg, drone, Drone delivery, faa, fedex, fedex express, gear, last mile, medicine, pilot program, services, sweet magnolia, tomorrow, transportation, virginia, virginia tech, walgreens, wing
All products recommended by Engadget are selected by our editorial team, independent of our parent company. Some of our stories include affiliate links. If you buy something through one of these links, we may earn an affiliate commission.