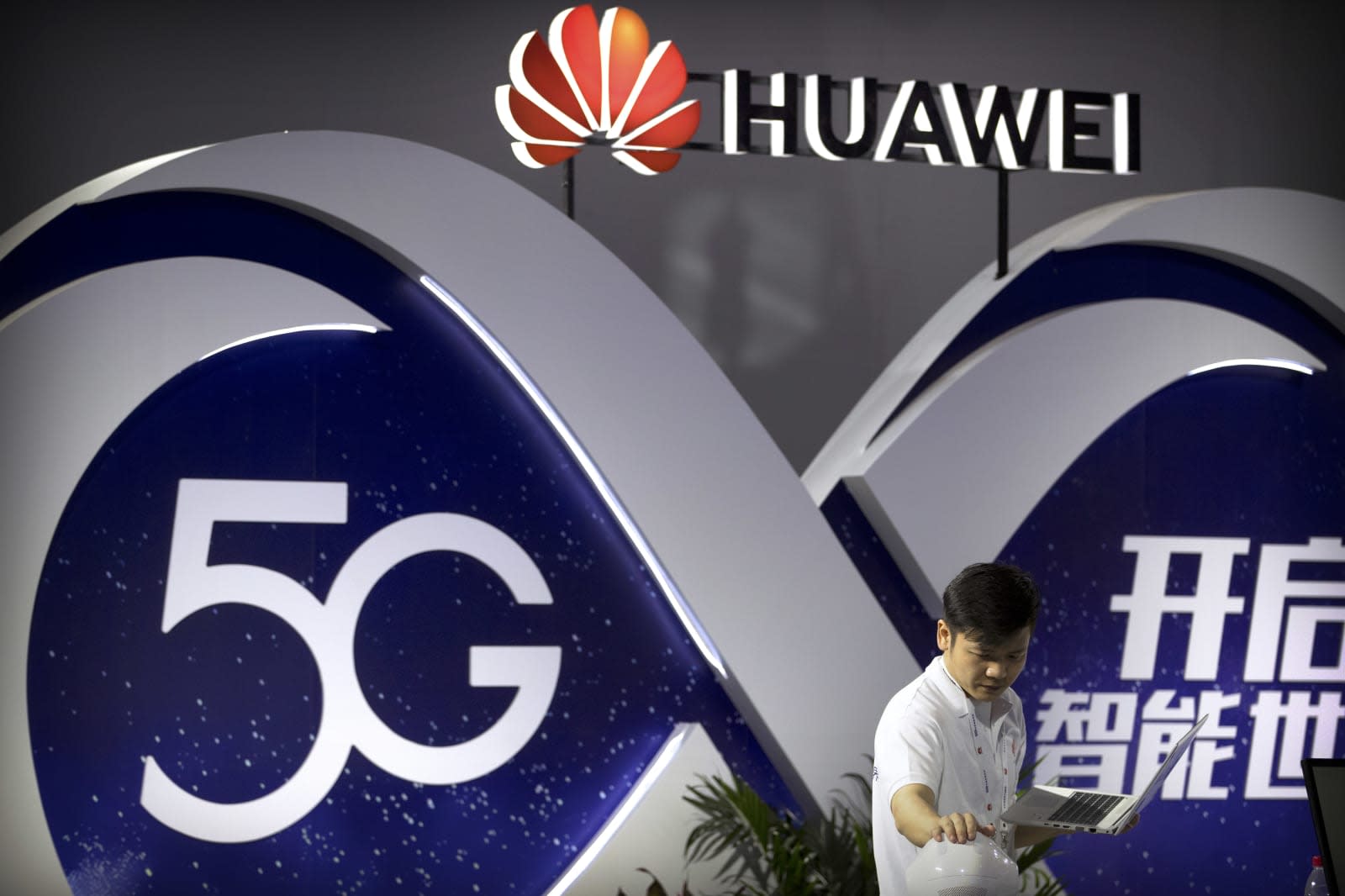 After months of talk, the UK is reportedly close to letting Huawei into its 5G networks. Sunday Times sources claim Prime Minister Boris Johnson is close to allowing the Chinese tech giant into "non-contentious" parts of 5G service in the country. While there wassn't much elaboration on what that meant, past reports suggested these would be areas where the potential damage from Chinese surveillance (if any) would be limited.

Earlier leaks suggested that all four of the UK's largest carriers (EE, O2, Three and Vodafone) were using Huawei gear in their 5G networks. While they're aware of concerns that China might task Huawei with using equipment to spy on UK targets, they may also have strong business incentives to adopt Huawei gear. It could help them build more heterogeneous networks that are less likely to fail outright, and force telecom giants like Ericsson and Nokia to offer more competitive pricing.

If this is accurate, though, it sets up a conflict with the US. The American government has been pressuring allies to drop Huawei from their 5G plans over Chinese surveillance fears, and UK approval of a limited rollout would fly in the face of that policy. If the US persists with that pressure, the UK could take plenty of flak and face possible repercussions for refusing to toe the US line.

Via: Reuters
Source: The Sunday Times (sub. required)
In this article: 5g, boris johnson, china, gear, huawei, mobile, politics, surveillance, uk, wireless
All products recommended by Engadget are selected by our editorial team, independent of our parent company. Some of our stories include affiliate links. If you buy something through one of these links, we may earn an affiliate commission.