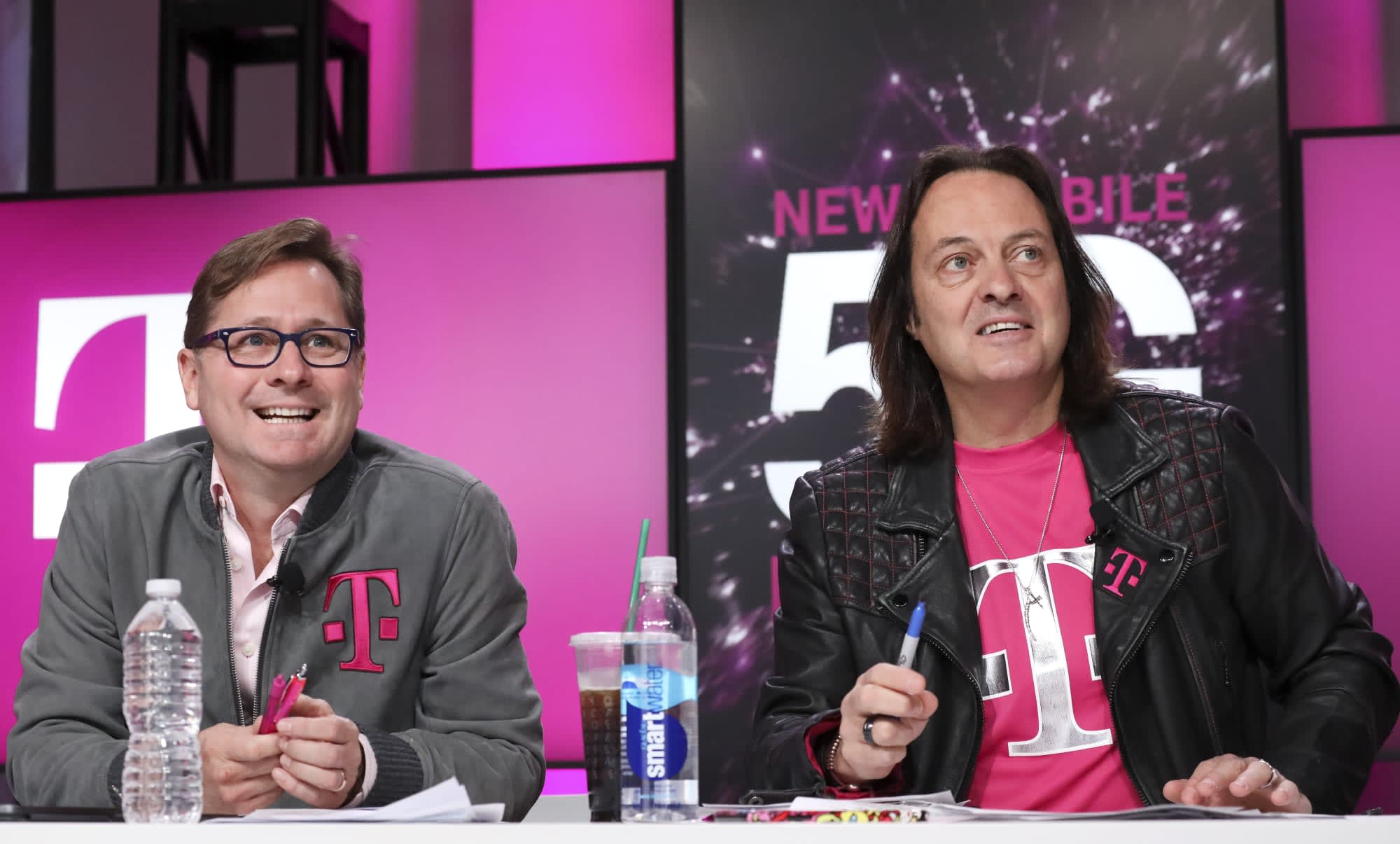 The sun is about to set on the John Legere era at T-Mobile. On Monday, the carrier, the third-largest in the US, announced that current president and COO Mike Sievert will take over as CEO on May 1st, 2020. The announcement comes after the FCC approved the T-Mobile and Sprint merger earlier this month -- though it's not a done deal yet with a group of state attorneys general still opposing the merger.

"I'm not going anywhere soon. This is all part of a multi-year plan and until April 30th, I'll continue as CEO, focusing on a smooth transition and getting our merger with Sprint done for America," said Legere in a tweet he shared on Monday morning. According to T-Mobile, Legere will stay on as a member of the company's board of directors after his contract expires. Notably, Legere's replacement is someone he hired. Sievert joined the carrier in 2012 and became COO in 2015. He has been seen as the natural choice to succeed Legere for a couple of years now. In his Twitter thread on the subject, Legere said the move "has been under development for a long time."

In a conference call after the announcement, Legere was asked about how the states still opposed to the company's merger with Sprint responded to the company's recent "5G for Good" marketing initiative. Legere said T-Mobile is "confident in its ability to win in court" if the case proceeds. "Assuming the trial goes forward, we're ready," added Sievert.

‼️ I've got some important news! On May 1, I'll be handing the magenta CEO reigns over to @SievertMike as my successor. This move has been under development for a long time and I couldn't be more confident in the future of @TMobile under his leadership.

It's not clear where Legere will land next. Last week, there were rumors the executive would take over as CEO of WeWork following the removal of co-founder and CEO Adam Neumann. A subsequent report from CNBC said Legere isn't in the running for the job. When asked about his future by analysts, Legere said, "I'm not retiring. I'm sure there will be speculation, and unfortunately a lot it will happen prematurely."

Source: T-Mobile
In this article: 5g, business, carriers, gear, John Legere, merger, Mike Sievert, mobile, sprint, t-mobile, wework
All products recommended by Engadget are selected by our editorial team, independent of our parent company. Some of our stories include affiliate links. If you buy something through one of these links, we may earn an affiliate commission.