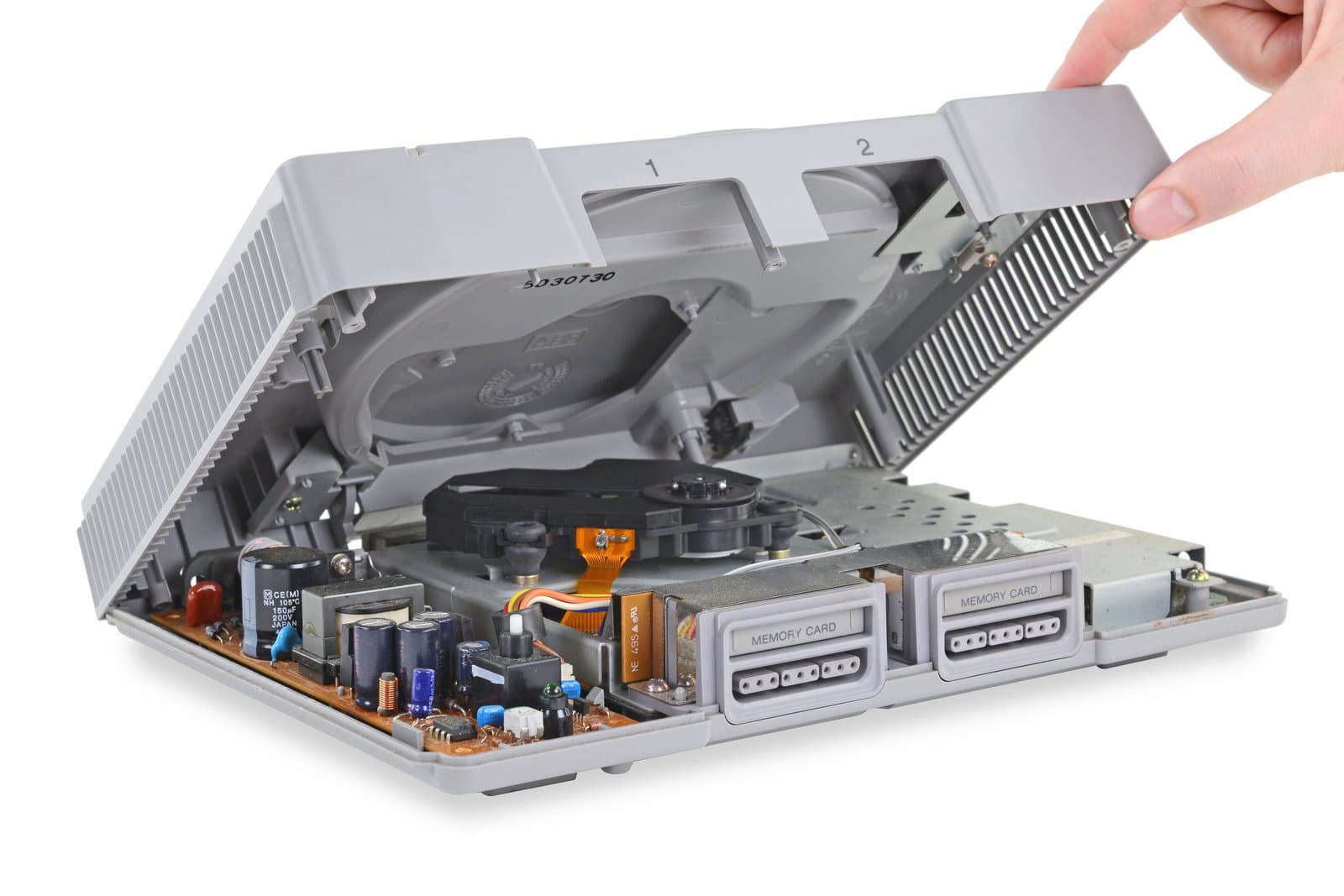 If you're a gamer of a certain age (cough), you're about to feel very old. Sony released the original PlayStation 25 years ago on December 3rd, 1994, and iFixit has marked the occasion by tearing down the very first, Japan-only model that never officially made it to other countries. To say it's a throwback to another era would be an understatement. It's not just the inclusion of now-quaint technology like a CD-only disc drive, a modest 32-bit MIPS CPU (the base PS4 is roughly 50 times faster), an S-Video port and slots for 128KB memory cards -- the post mortem highlights a fundamentally different approach to electronics design.

For one, it's ridiculously easy to get into the system and replace parts. You just need a Philips screwdriver and a spudger to remove everything, underscoring the contrast with modern electronics that are virtually impossible to fix yourself. There are also very few things to remove, and the modest computing power meant that Sony could cram even the power supply into an enclosure that makes most modern consoles seem gargantuan. You rarely see electronics like this in 2019, and while few would demand a return to 1994-era computing power, the simplicity is appealing.

The timing of the teardown is significant besides the console's 25th birthday. It's also a reminder that PlayStation design is about to change again with the release of the PlayStation 5 roughly a year from now, including shifts in focus toward solid-state storage, downloads and streaming. Who'd have thought 25 years ago that optical discs (even the PS5's 100GB Blu-ray discs) would feel confining? As good as it is to revisit the PlayStation's roots, it's also good to know that technology has advanced by leaps and bounds since then.

Source: iFixit
In this article: av, console, games, gaming, gear, ifixit, playstation, sony, teardown, video, video games
All products recommended by Engadget are selected by our editorial team, independent of our parent company. Some of our stories include affiliate links. If you buy something through one of these links, we may earn an affiliate commission.