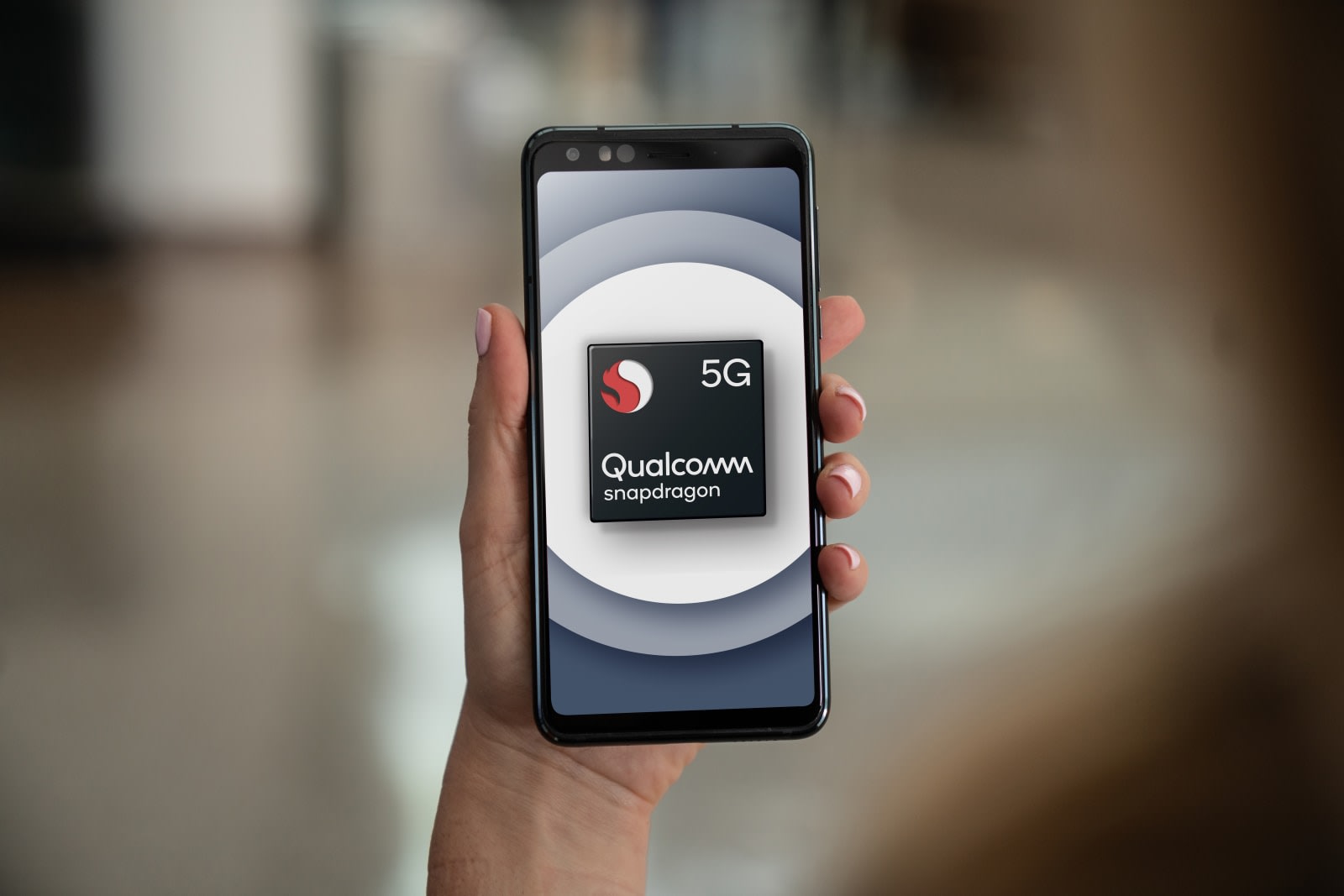 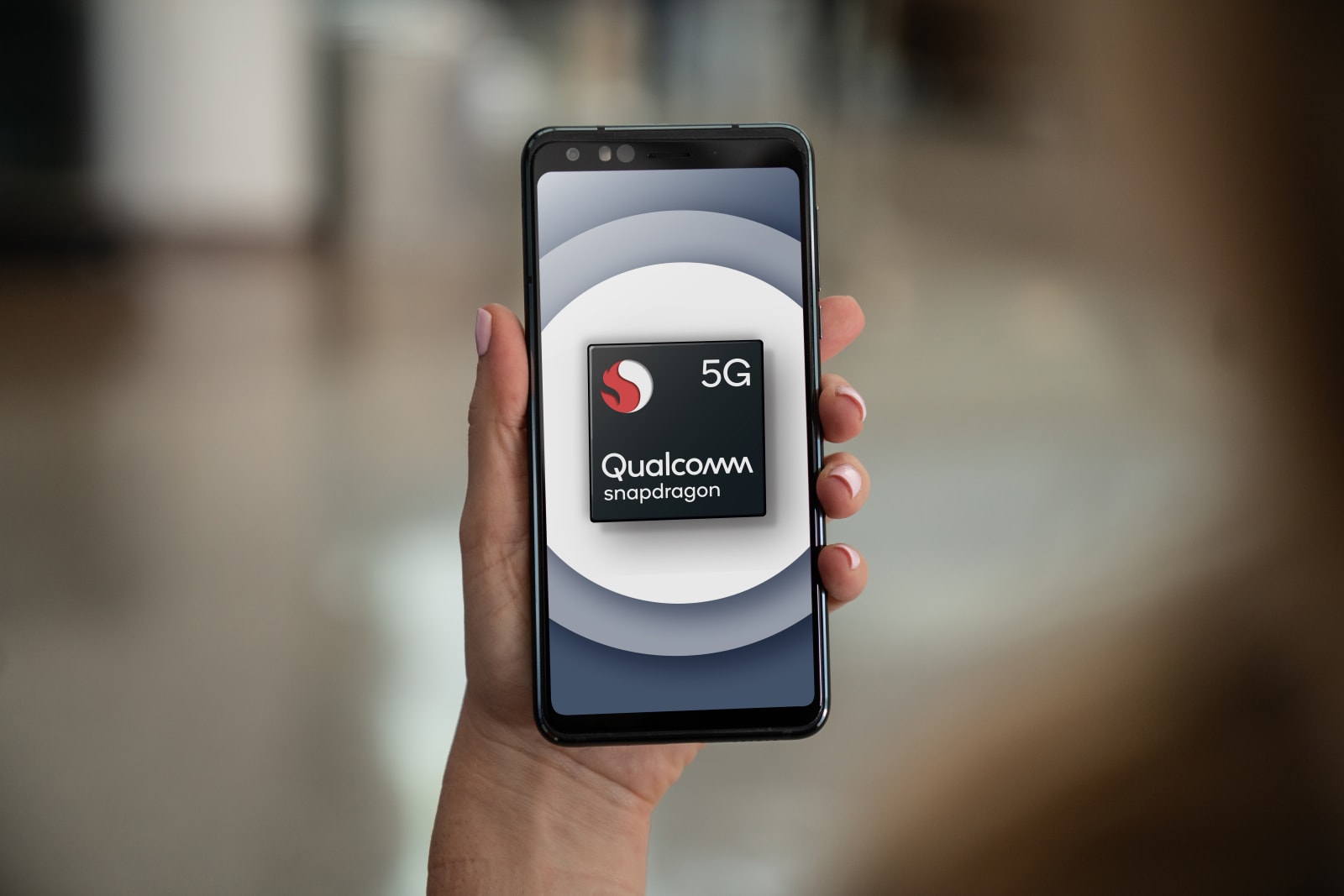 Yesterday, Qualcomm gave us a preview of the array of chips it's announcing at its Tech Summit event this week, including the new flagship Snapdragon 865 which is sure to feature in many of 2020's most prominent phones. But it also teased a pair of 700-series chipsets that are the first to offer integrated 5G modems. The Snapdragon 765 and 765G are built on a 7nm process, like the 865 and the 855 before it, and support a range of 5G technologies like mmwave, sub-6 GHz, TDD, FDD and DSS. That's a whole mouthful of alphabet soup, but what it means is the 765 chips will be able to support 5G networks worldwide.

The two SoC (systems-on-chip) use the just-announced Snapdragon X52 modem, and can hit theoretical speeds of 1.6 Gbps upstream and 3.7 Gbps for downloads. They also support SA (standalone) and NSA (non-standalone) modes and support for multi-SIM. Those speeds fall somewhat short of the 3 Gbps up and 7.5 Gbps down that Qualcomm estimated for the Snapdragon 865, though, which pairs with an X55 modem.

It's somewhat surprising that Qualcomm's first integrated 5G CPU wasn't one from its flagship 800-series. But the company said it didn't want to compromise the multimedia features on its most premium product, which spokesperson Francisco Cheng said is "hands down the most robust in the industry." To call the 765 and 765G midrange wouldn't be exactly accurate, either, since Qualcomm's portfolio of products ranges from the entry-level 200- and 400-series to the 600-range. The 700-branded cards just aren't the highest specced like the 800-series and are a little slower or less-advanced. For example, the 765 uses an octa-core Kryo 475 CPU, which runs up to 2.3 GHz, while the 865 has a Kryo 585 that goes to 2.8GHz. 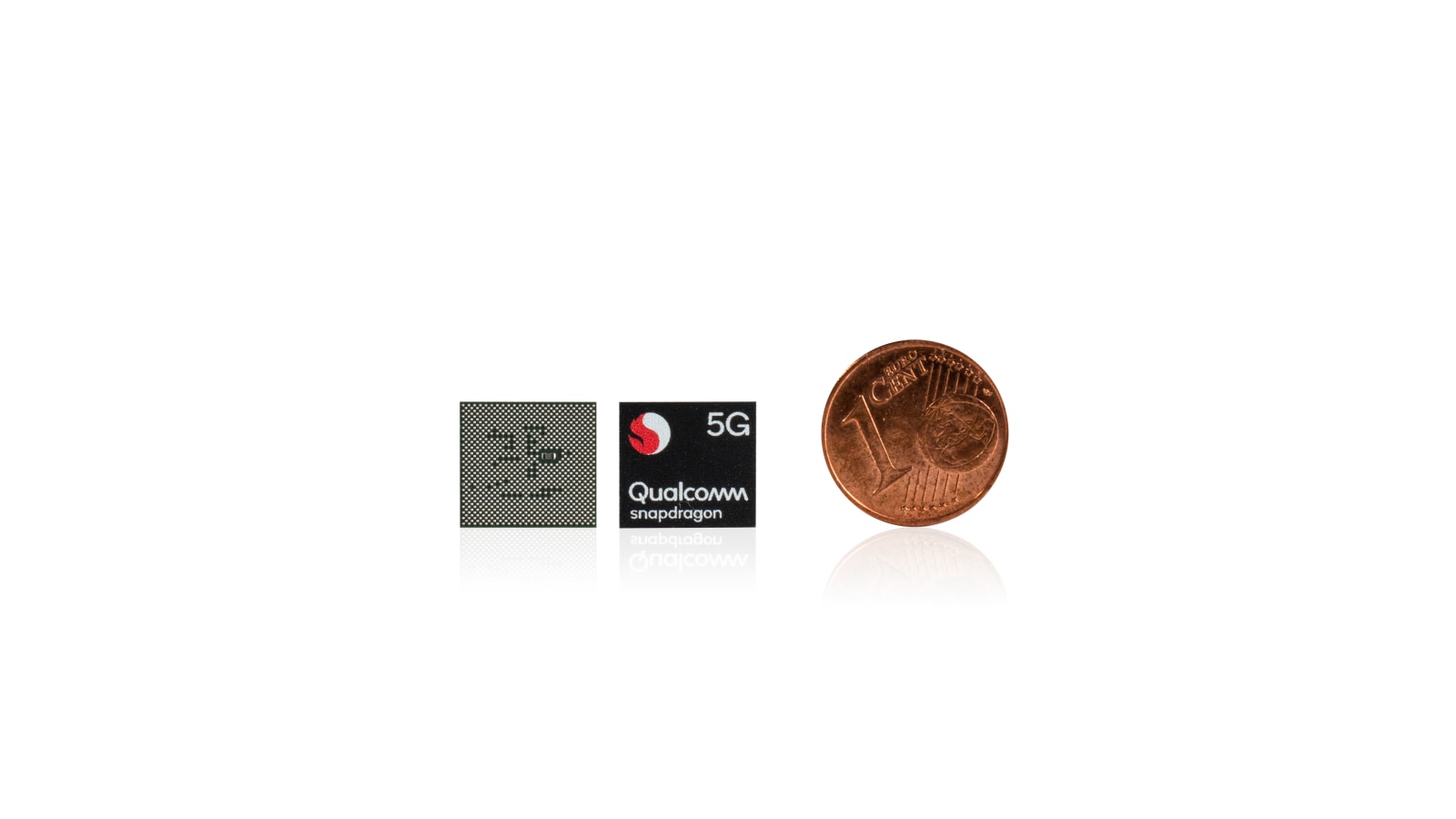 Think of the 765s as successors to the Snapdragon 730 and 730G. The new chips use the Adreno 620 graphics processor that offers 20 times better performance and power efficiency than the 730. Qualcomm also called out its "fifth generation AI engine," which is the combined package of its CPU, GPU and Hexagon processor. The latter features a new tensor accelerator and speeds up AI tasks so much that the 765s can process up to 5.5 trillion operations per second (or TOPS).

You'll also get HDR10+ support with the 765s, as well as new multi-camera applications. The 765G gaming-oriented variant comes with some bonus features from the company's Elite Gaming platform, allowing devices to hit up to 120Hz on full HD+ displays. It'll also offer 10-bit HDR gaming, an updated jank reducer for smoother playback and a predictive game auto tuner. Plus, with the onboard 5G modem, the 765G can also support multi-gigabit game streaming. 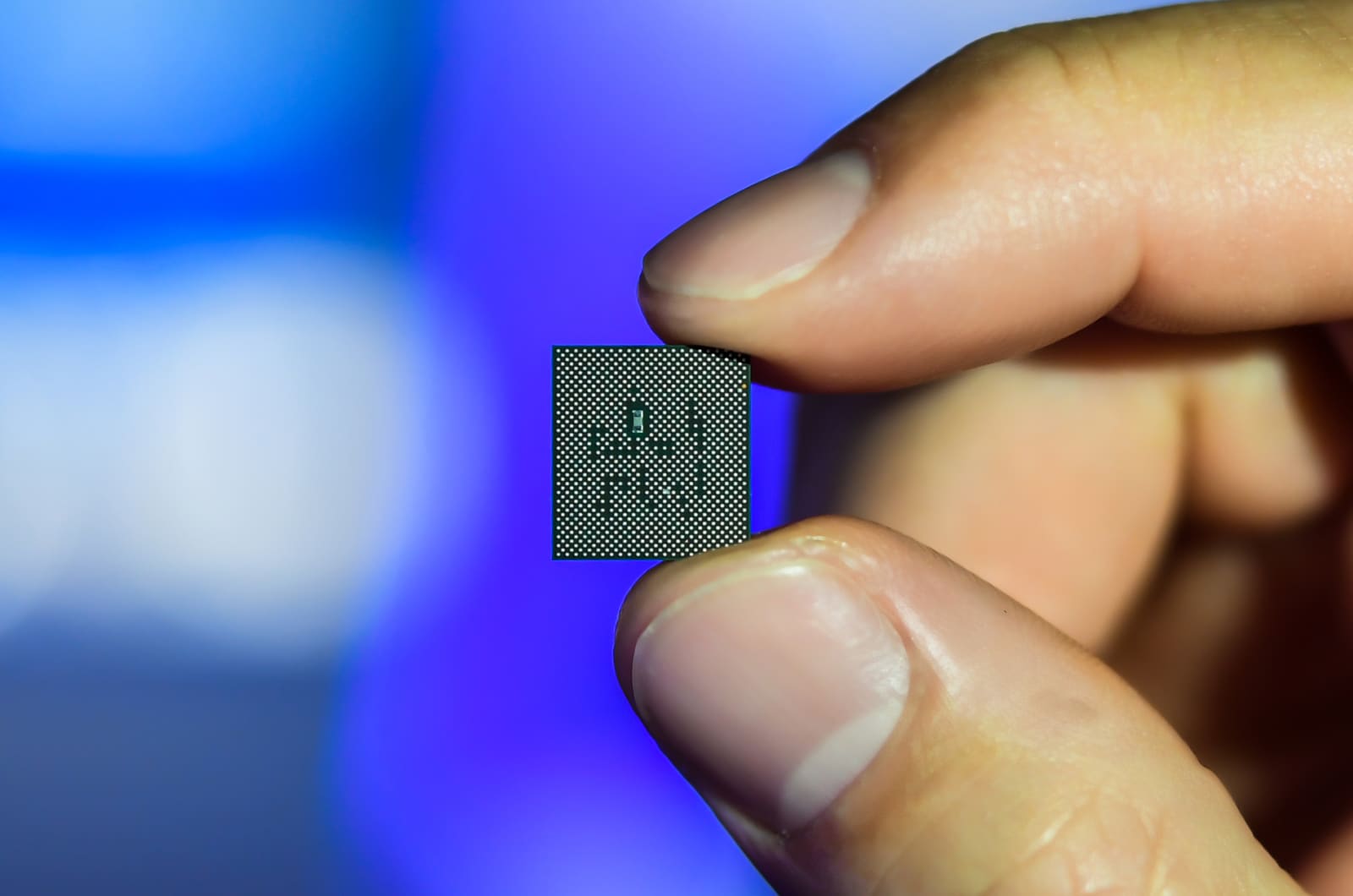 Qualcomm expects devices using the 765 and 765G to be "commercially available in the first quarter of 2020," which sounds to me like we might hear about them at Mobile World Congress. Since the Snapdragon 730 appeared mostly in Chinese phones by companies like Oppo and Xiaomi, I wouldn't be surprised to see more of the same next year. Although, Nokia (that is, HMD Global) and Motorola have both said they will use the 765 in upcoming devices. Whether global 5G networks will be ready by that time is questionable, but it's nice to know that when operators launch their service, there will already be devices raring to go.

In this article: 5g, gadgetry, gadgets, gear, mobile, qualcomm, snapdragon 765, snapdragon 765g
All products recommended by Engadget are selected by our editorial team, independent of our parent company. Some of our stories include affiliate links. If you buy something through one of these links, we may earn an affiliate commission.