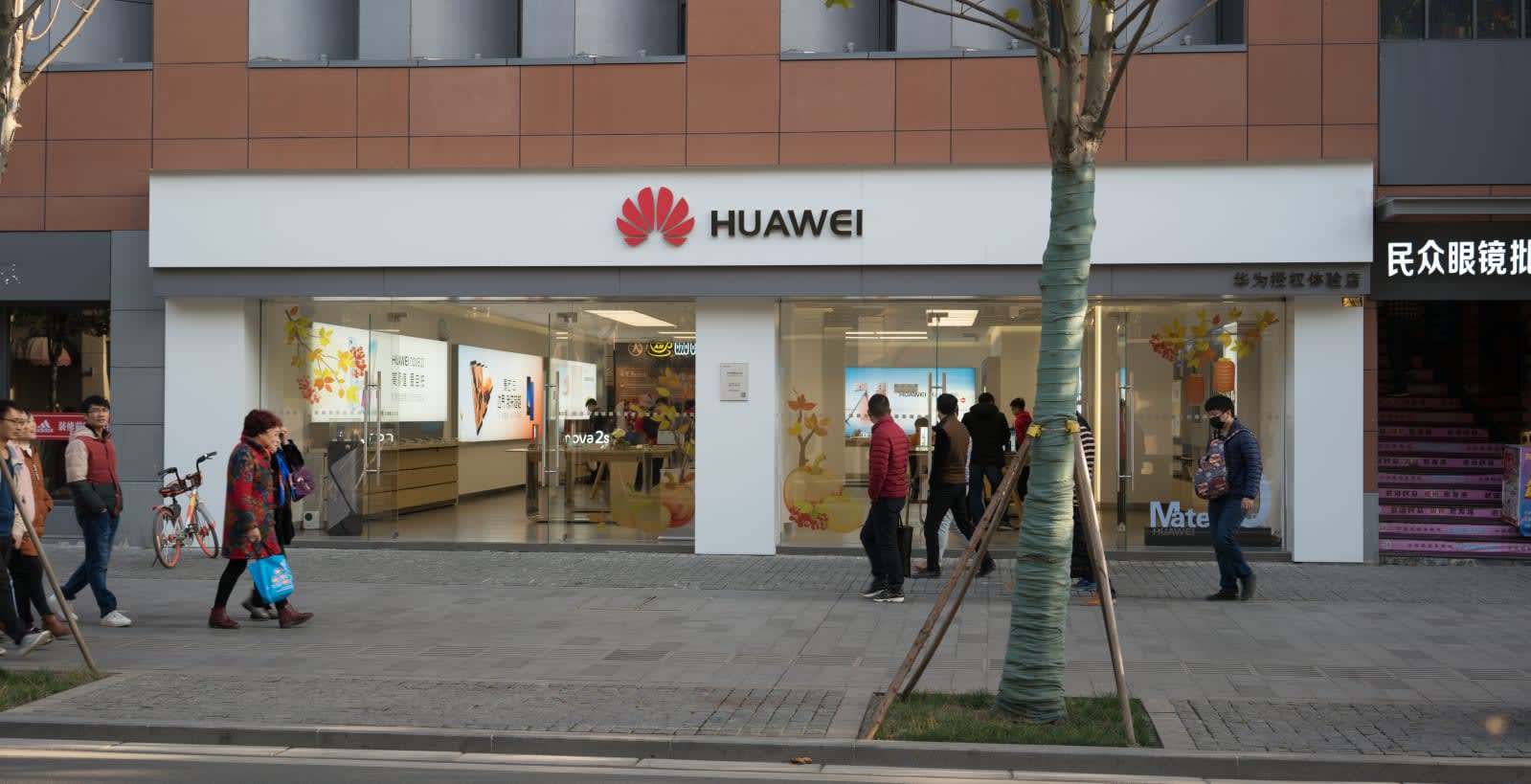 Huawei has filed a lawsuit against the FCC, formally challenging the agency's latest action against the company. If you'll recall, the FCC recently approved an order banning carriers from using Universal Service Fund subsidies to buy equipment from Huawei and ZTE -- two companies the US considers a national security threat. As The New York Times notes, big carriers don't use Huawei gear anymore, but a lot of smaller and rural carriers depend on the Chinese tech giant's products.

Huawei's chief legal officer, Song Liuping, said at a press conference that FCC Chairman Ajit Pai hasn't provided any evidence that the company is a security threat. "This is a common trend in Washington these days," he said. "The FCC's order violates the Constitution, and we have no choice but to seek legal remedy."

The tech titan has filed a petition for review at the United States Court of Appeals for the Fifth Circuit, asking it to overturn the FCC ban and to declare it "unlawful." It argues that it wasn't given due process protections before the agency labeled it a security threat. Song added that carriers in rural America, such as in Montana, Kentucky and Wyoming, "choose to work with Huawei because they respect the quality and integrity of [its] equipment."

This is far from the first time Huawei legally defended itself. Earlier this year, it also sued the US government, accusing it of limiting its business, hacking its servers, stealing its emails and smearing the company without any evidence. And just last month, it sued French journalists and researchers who publicly said that the company is controlled by the Chinese government and is being used for espionage.

Source: The New York Times
Coverage: CNBC
In this article: FCC, gear, Huawei, lawsuit, politics
All products recommended by Engadget are selected by our editorial team, independent of our parent company. Some of our stories include affiliate links. If you buy something through one of these links, we may earn an affiliate commission.