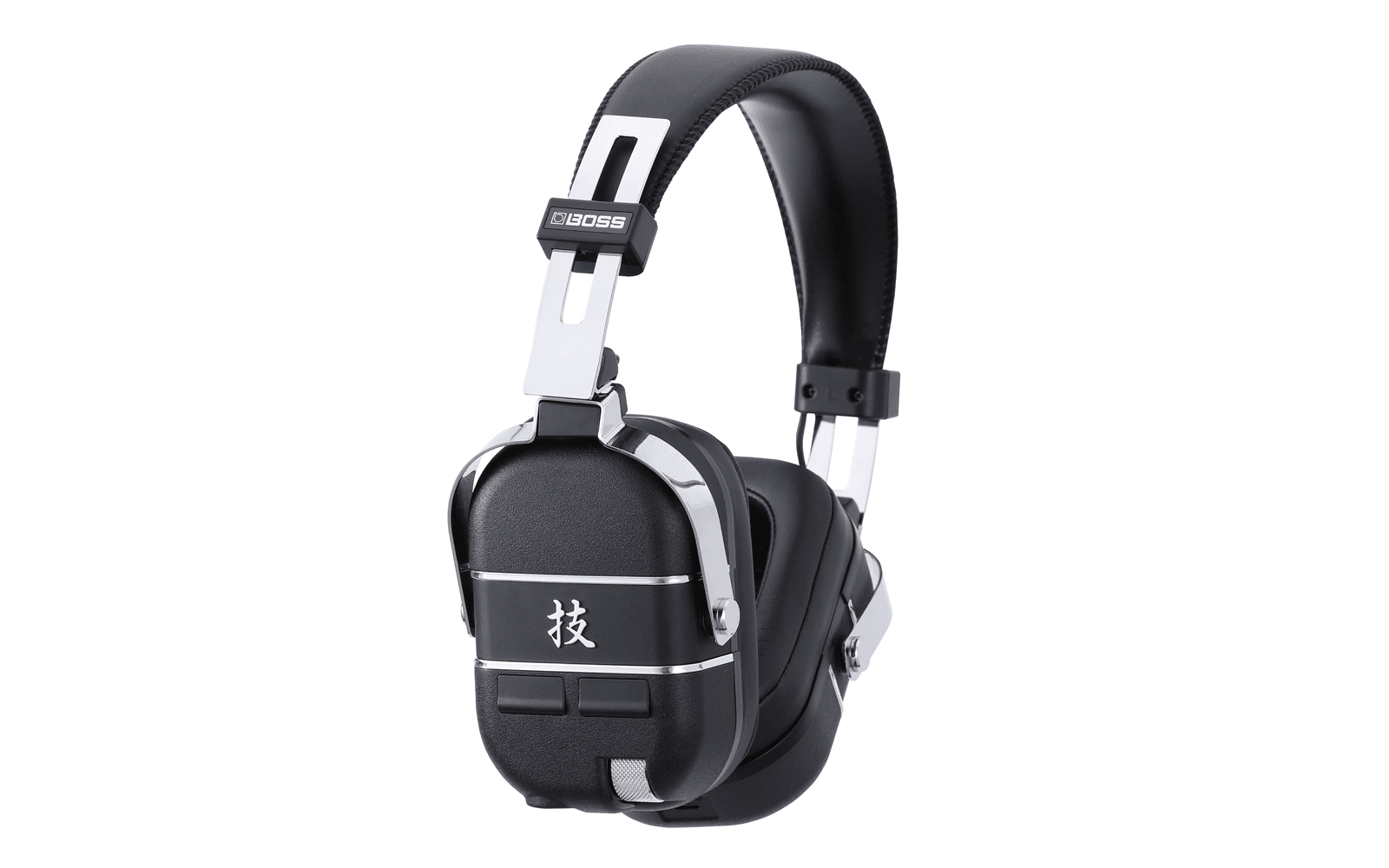 The Boss Katana 50 is one of Engadget's favorite guitar amps. Unlike tube-based amplifiers, digital units like the Katana series can be played at low volumes without losing much tone. But even low volume is too much volume in some cases. If you have a baby, sensitive neighbors or late-night urges to rip, the company's new Waza-Air -- which packs an amp into a set of headphones -- can help you keep noise to a minimum while theoretically still providing lively tones.

Sure, almost any modern amplifier will have a headphone jack, but the Waza-Air headphones do more than pipe a basic signal to your ears. A gyro sensor tracks your head movements, and the amp's circuitry adjusts the volume and tone to create a sense of space, rather than just having sound blasted directly into your ears. There are three room-modeling modes for a variety of tone-sculpting, and one mode simulates playing on-stage by making it sound like the amp is behind the player.

The Waza-Air uses the same amp technology as Boss' Katana series -- there are five amp types, over 50 effects types and plenty of setting to tweak in the Boss Tone Studio app. The headphones themselves have six buttons for amp and effects presets so you can quickly switch from a sparkling clean tone with reverb to a scorching lead tone with delay and a harmonizer.

While the tech behind the Waza-Air is impressive, it certainly isn't for everyone. Guitarists can be picky, so no matter what, there will be people who won't want to use headphones. At $400, the price could be another turn-off; you can get a great traditional practice amp for that amount of money. But if you need a way of playing quietly, the Waza-Air could be worth checking out.

Source: Boss
In this article: amplifier, av, boss, boss katana, gadgetry, gadgets, gear, guitar, guitar amp, headphones, music, waza-air
All products recommended by Engadget are selected by our editorial team, independent of our parent company. Some of our stories include affiliate links. If you buy something through one of these links, we may earn an affiliate commission.