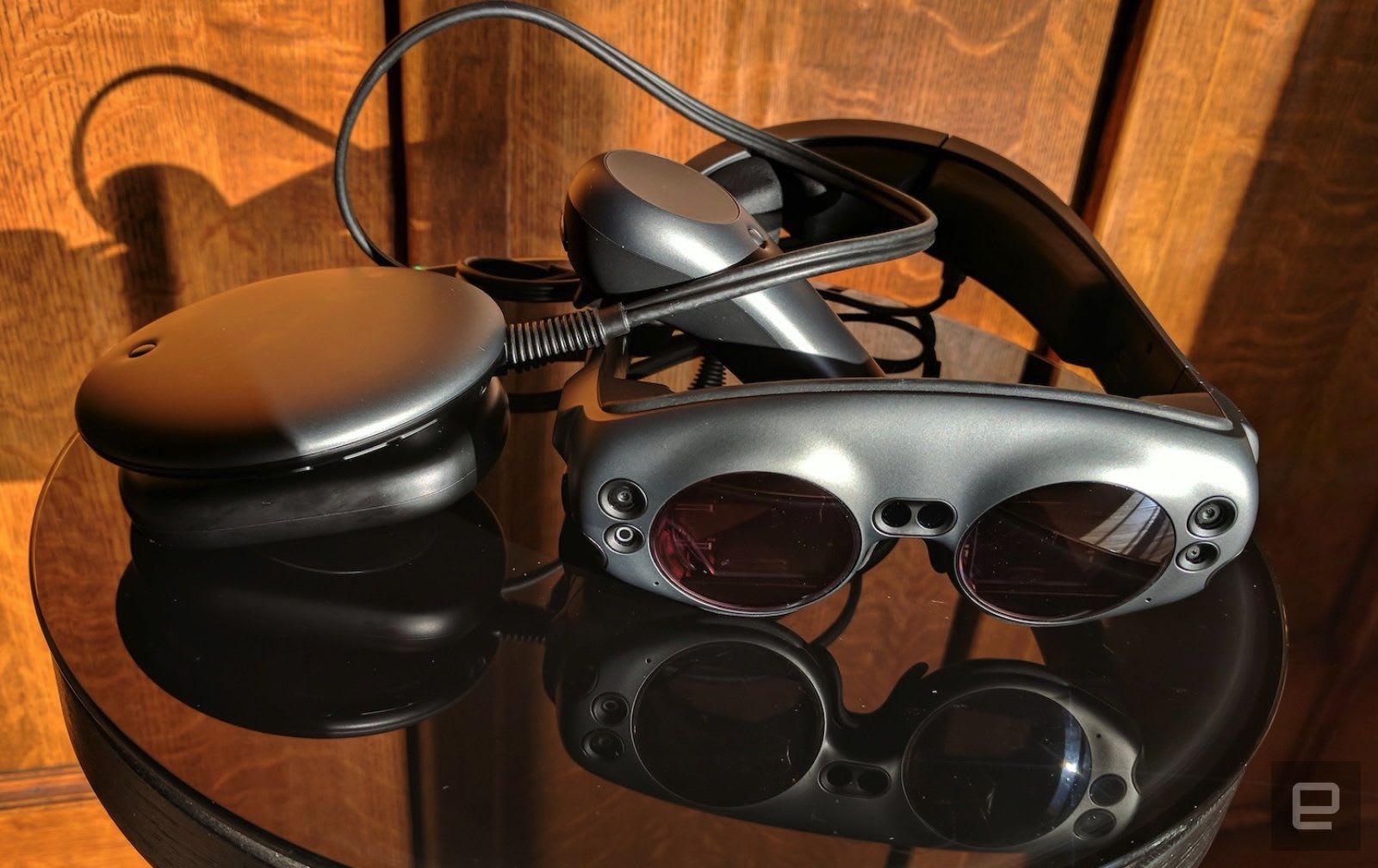 After years of hype, it looks like reality is starting to catch up with Magic Leap. According to a report from The Information, the augmented reality startup and Silicon Valley darling only sold approximately 6,000 units of its $2,300 Magic Leap One Creator Edition mixed-reality headset through the first six months that it was available.

While 6,000 is a modest sales figure by almost any metric, it's made worse by Magic Leap's initial targets. The Information writes CEO Rony Abovitz had told investors he hoped the company would sell "at least" 1 million units of the Magic Leap One in its first year of availability. Eventually, he was reportedly convinced that 100,000 was a more realistic goal. Sales of the headset, however, have been so poor that the company recently started giving employees free units.

Understandably, poor sales have strained Magic Leap, with The Information reporting that the company recently laid off "dozens" of employees across multiple departments. The company has instituted other cost-saving measures as well, such as freezing work travel for some departments and slowing the pace at which it hires new employees. Unsurprisingly, it also appears Magic Leap has a long road towards sustainability; the company apparently burned through between $40 and $50 million per month through much of 2018.

It also appears several notable executives have left the company's board of directors -- though it's not clear if any of shakeups are directly related to Magic Leap's fiscal troubles. Newly-minted Alphabet CEO Sundar Pichai reportedly left the company's board sometime last year. The Information says it was told by a source Pichai vacated his position due to "the demands of his schedule," so the change may not have been a judgment of Magic Leap. It's also worth noting Google, which led a reported $542 million investment in the company in 2014, still has a voice on Magic Leap's board. Pichai's position was taken over by Google Maps vice-president Jennifer Fitzpatrick.

When asked to comment on the article, a spokesperson for Magic Leap told The Information its reporting was "littered with inaccuracies and misleading statements, and erroneously portrays Magic Leap's operations, internal plans and overall strategy." Engadget has reached out to Magic Leap for additional information and comment.

Before writing Magic Leap off, there are a couple of points to keep in mind. The first and most important is that The Information attributes its 6,000 unit figure to a single source. There are a lot of reasons why the publication may have been unable to verify the number -- one of which is that it seems Magic Leap hasn't talked sales numbers with its own rank-and-file employees. All the same, we just don't know how accurate that number is. However, what we do know for certain is that a lot of AR and VR companies, both big and small, have struggled recently. For example, Google recently discontinued Daydream View. Jaunt, another startup that had a lot of hype behind it, recently sold all its tech to Verizon (Engadget's parent company). Even if it sold more units, Magic Leap is likely feeling the same pressure that almost everyone else in the industry is.

Source: The Information
In this article: ar, augmented reality, business, gadgetry, gadgets, gear, google, magic leap, mixed reality, verizon, wearables
All products recommended by Engadget are selected by our editorial team, independent of our parent company. Some of our stories include affiliate links. If you buy something through one of these links, we may earn an affiliate commission.