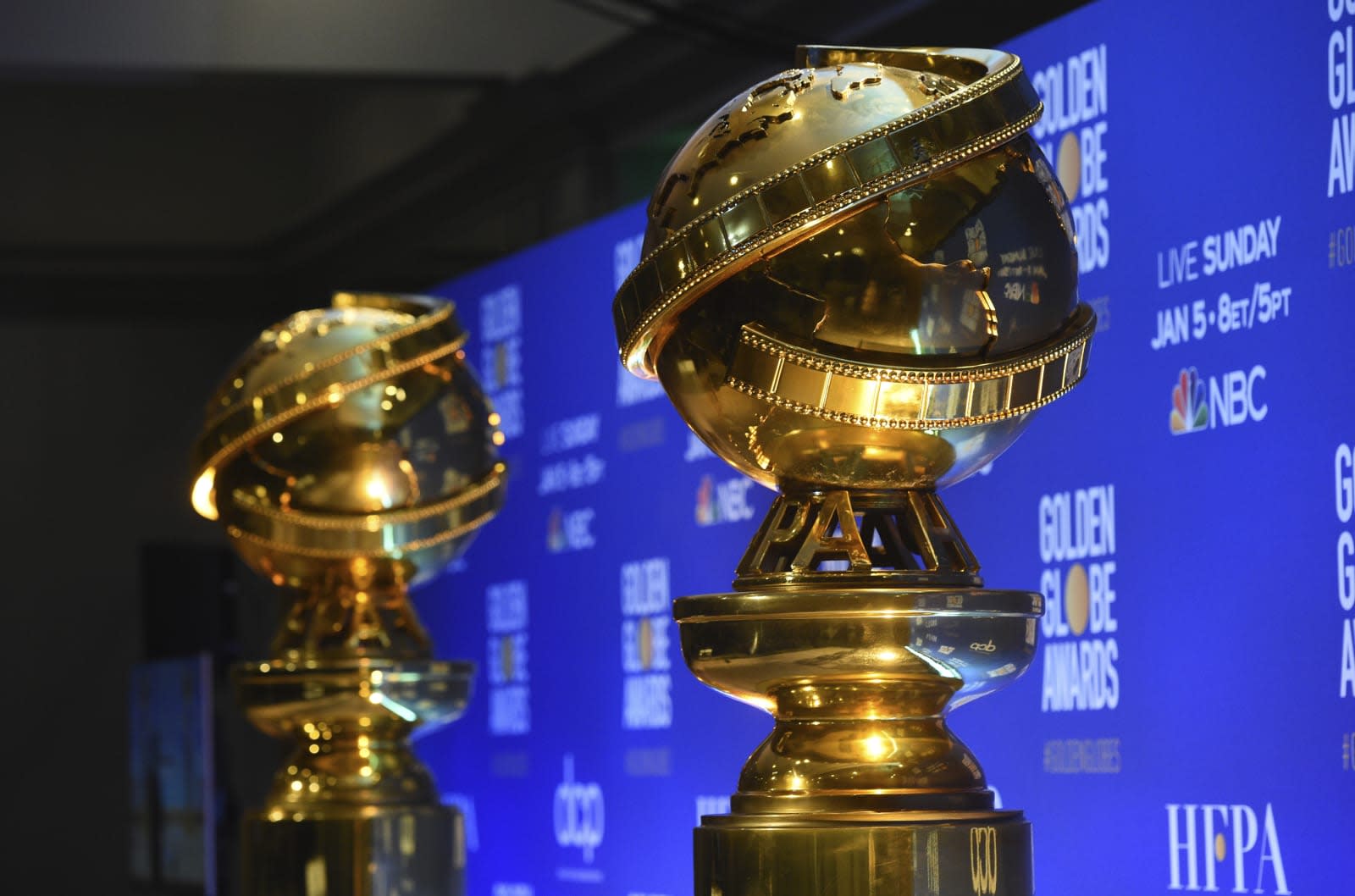 The Hollywood Foreign Press Association has announced the nominees for the 2020 Golden Globes, and this could be a milestone year for streaming. Netflix is even more of a frontrunner among streaming services than it was last year, with 17 TV network nominations and a flood of nods for movies like Marriage Story (six), The Irishman (five) and The Two Popes (four). In some cases, it's even the dominant force -- in both the best picture and best supporting actor categories, three out of five nominees are Netflix projects.

This is also a defining moment for Apple TV+, which is scoring its first Golden Globe nominations just weeks after its debut and mere hours after it got its first nomination for any award. The Morning Show received a best TV series drama nomination as well as two best TV actress nominations for its leads Jennifer Aniston and Reese Witherspoon. While this won't give Netflix reason to panic, it's evident that Apple's big investments are paying off.

The flurry of nominations won't guarantee victory when the awards ceremony takes place on January 5th, 2020. It does suggest that streaming productions will take home at least some awards, though. And remember, the Golden Globes outcome is frequently considered a predictor for the Oscars. It's entirely possible that you'll see movies like Marriage Story and The Irishman receive more critical acclaim.

In this article: amazon, amazon prime video, apple, apple tv+, av, entertainment, fleabag, internet, marriage story, marvelous mrs maisel, netflix, prime video, services, streaming, the irishman, the morning show
All products recommended by Engadget are selected by our editorial team, independent of our parent company. Some of our stories include affiliate links. If you buy something through one of these links, we may earn an affiliate commission.