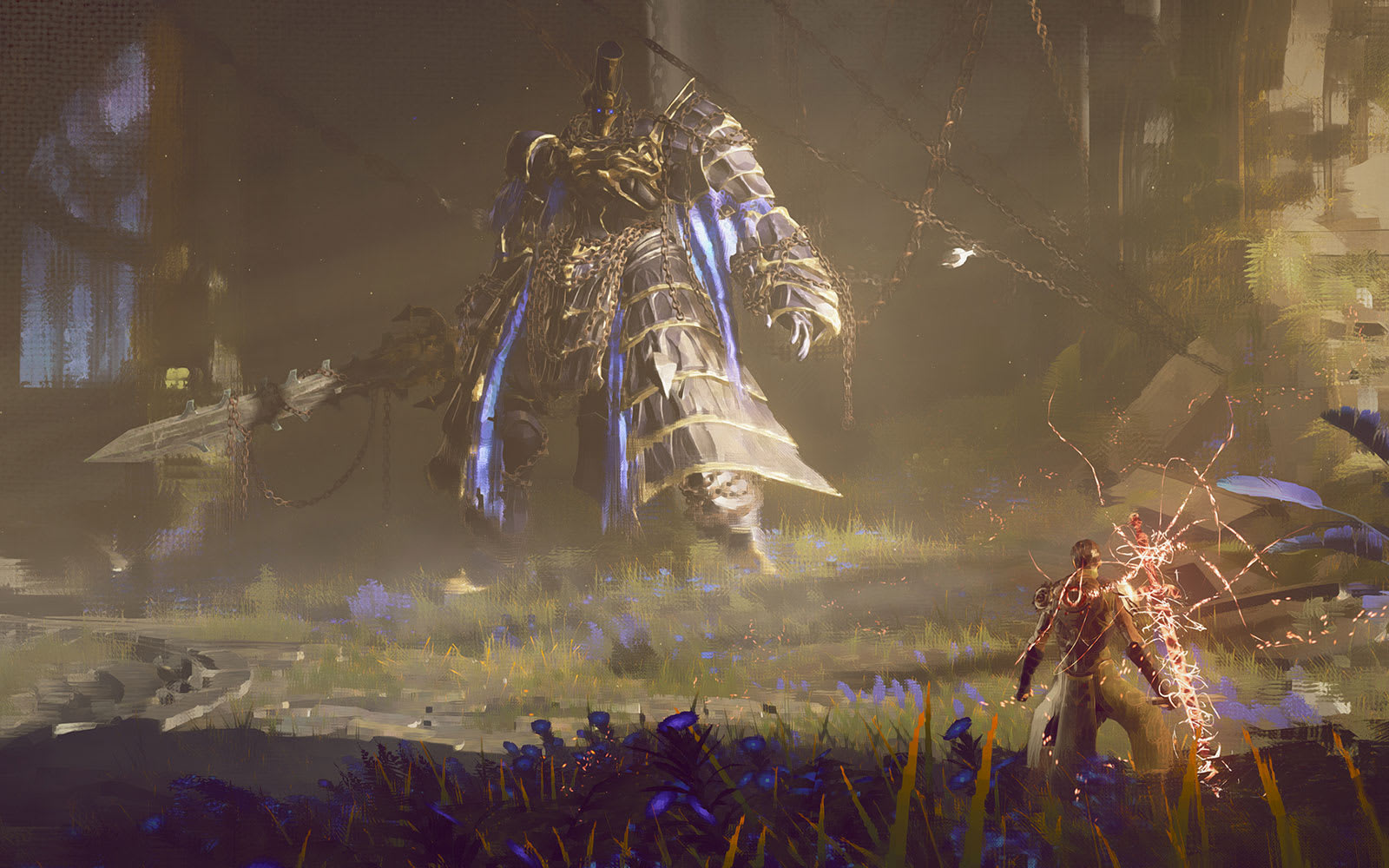 After first teasing the game at E3 2018, today's State of Play livestream finally offered us a glimpse at Babylon's Fall, the latest collaboration between Final Fantasy publisher Square Enix and Bayonetta developer PlatinumGames.

The trailer Square Enix shared shows a decaying world rendered in a beautiful painterly art style. As the title suggest, it looks like players will ascend a Tower of Babel-like structure as they progress the story. In terms of gameplay, Babylon's Fall looks like a mix of From Software's Dark Souls titles and Platinum's own brand of over-the-top action games. The game's protagonist is able to juggle enemies in the air and has a phantom-looking sword that can duplicate itself and double as a whip. In the final moments of the trailer, we also see the protagonist take the massive sword of one of Babylon's Fall bosses and use it against them.

The last time Platinum and Square Enix collaborated, we got the excellent Nier: Automata. The two companies have promised to share more information about Babylon's Fall next summer, but as of now we don't yet have a release date.

Source: Sony, Square Enix
In this article: av, babylons fall, gaming, platinumgames, playstation 4, ps4, sony, square enix, state of play
All products recommended by Engadget are selected by our editorial team, independent of our parent company. Some of our stories include affiliate links. If you buy something through one of these links, we may earn an affiliate commission.