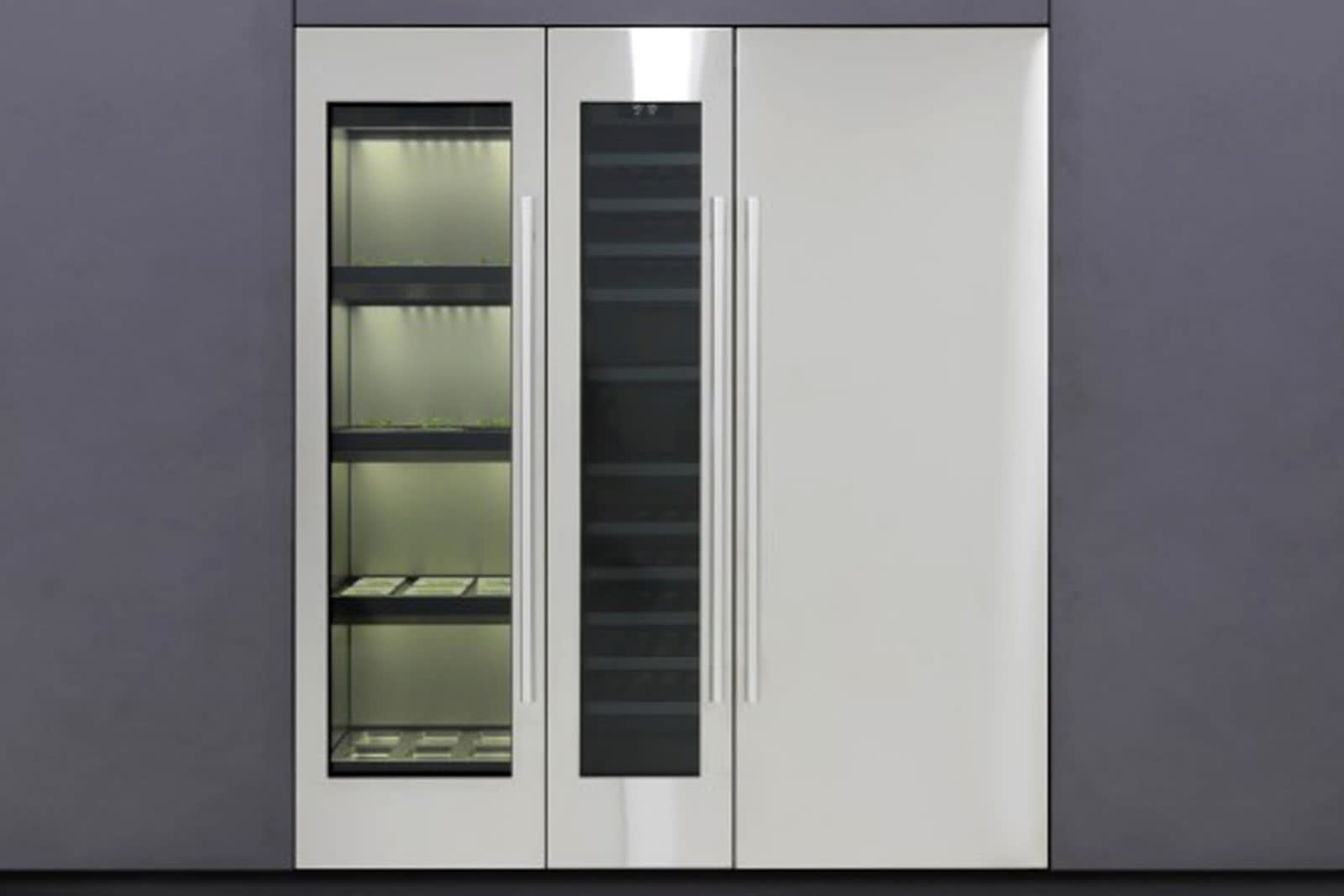 LG wants to hop on the vegetarian bandwagon, and it's venturing into unfamiliar territory to make that happen. The company will use CES 2020 to launch its first-ever indoor gardening appliance. The modular device you see at left grows lettuce, arugula, basil and other plants by matching outdoor conditions through time-sensitive LED lighting, air circulation and fine-grained water control. All you need to do is plant all-in-one seed packages (with fertilizer and peat moss) and keep an eye on your crop through a mobile app. Even a "complete novice" could grow a garden with this device, if you believe LG.

The appliance has enough space for 24 seed packages. LG said that's enough to satisfy a family of four, although it didn't say what criteria it used. It's likely to vary widely based on what you're growing and how much of a role meat still plays in your diet.

LG didn't say when the indoor gardening gear would be available or how much it would cost, although it's clearly more ambitious than a typical countertop model. We'd expect it to be relatively expensive, especially since it's intended to match other LG kitchen appliances. This is intended for people who either can't have their own outdoor gardens (such as urban condo dwellers) or intend to shift to a plant-heavy diet without the hassles of pulling weeds or tilling soil.

Source: LG Newsroom
In this article: appliance, ces2020, cultivator, food and drink, food-and-drink, foodanddrink, garden, gardening, gear, home, indoor garden, indoor vegetable cultivator, lg
All products recommended by Engadget are selected by our editorial team, independent of our parent company. Some of our stories include affiliate links. If you buy something through one of these links, we may earn an affiliate commission.