Following Citizen's release of the Alexa-powered clock last year, the company is releasing yet more timepieces with a technology bent. At CES 2020, Citizen showed off not just a multipurpose olfactory alarm clock, but a new Alexa-powered smart speaker as well.

The Alexa-powered smart speaker is the more interesting of the two, even though it wasn't officially announced. It's called, well, the Citizen Smart Speaker. It kind of looks like a slightly fancier Sonos One, with a Citizen timepiece wedged on the front. All of the controls will be similar to those with Alexa speakers, such as a mic mute button, volume controls and an Alexa wake button. The Citizen Smart Speaker will apparently come in different designs and colorways, though a spokesperson said they're not finalized just yet.

Like other Alexa-powered speakers, you can use it to play music from sources such as Spotify, Amazon Music, Pandora, Apple Music, Sirius XM and more. I don't know the full specifications of the Citizen Smart Speaker just yet, but from what I could tell from my brief experience with it, the sound coming from it is very impressive. Even though I was on a busy showfloor, I could still hear the booming bass and loud tunes coming from the small speaker. As with all Alexa speakers, you can also use it to power other smart devices in your home that are compatible with the Alexa ecosystem. 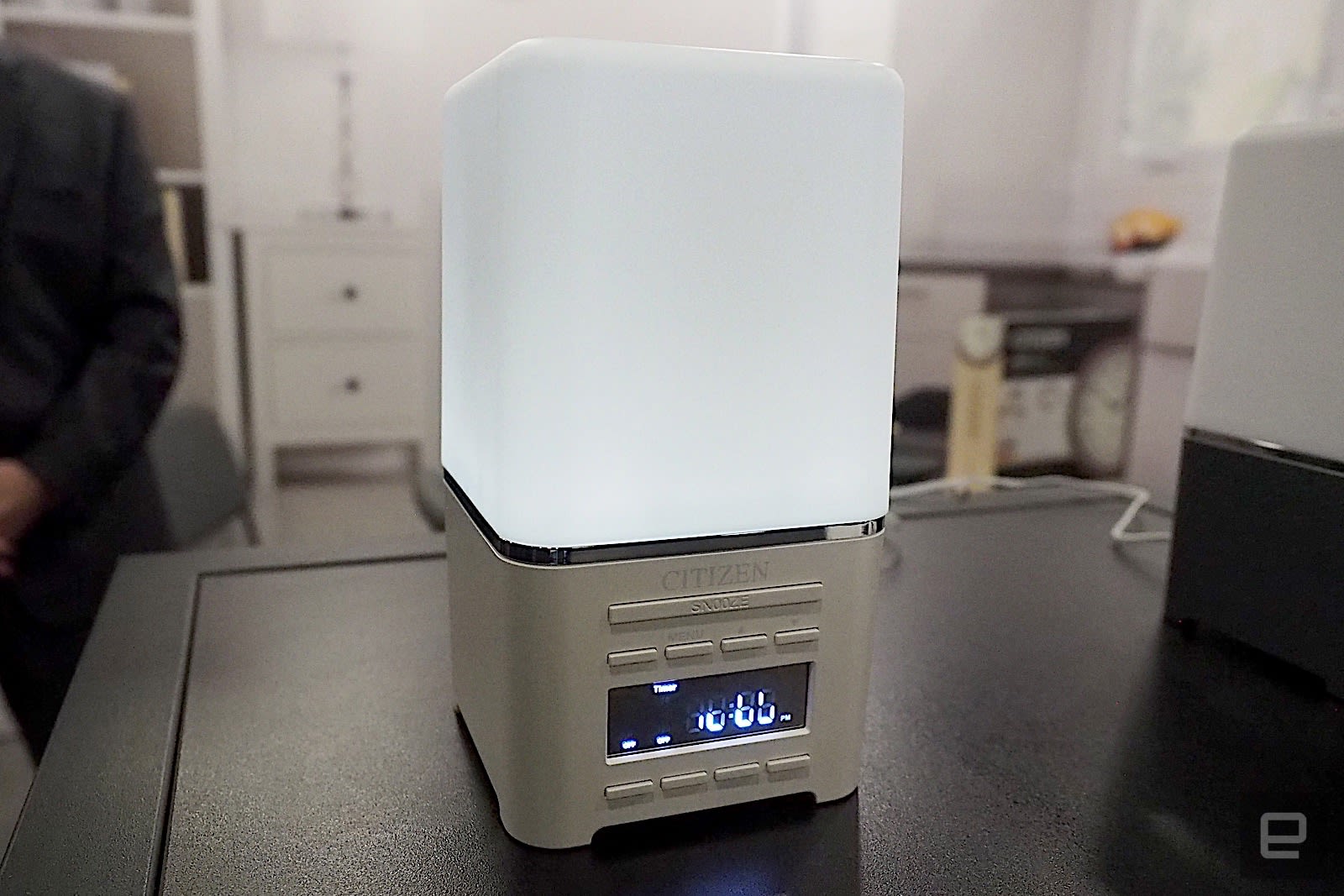 The olfactory alarm clock line, on the other hand, is called the Sensory Time collection. Each device houses a scent diffuser, a Bluetooth speaker, a 24-hour digital alarm clock and an LED lamp. There's also a USB charging port available in case you want to use it to charge your phone on your nightstand. Much like the SensorWake olfactory alarm clock, you can choose to set your alarm so that it wakes you up with the scent. Of course, you can also choose regular alarm beeps too, in case you have a stuffy nose.

According to a Citizen spokesperson, the Sensory Time clock is a very efficient at filling a room with fragrance. While most scent diffusers use a combination of oil and water, the Sensory Time uses just the oil, thus maximizing its effects. You can also set a diffuser timer of 30, 60 or 120 seconds, so you can keep your room constantly smelling like a rose garden if you like. The spokesperson did say that one diffuse can cover a 500 cubic foot area pretty effectively, so you might only need to set the timer to every couple hours if in a small room.

The Sensory Time Clock will retail for $100 and should be out in March of this year, while the Citizen Smart Speaker is priced at $149 and is set to ship by June.