Sony is still trying to make 360 Reality Audio a thing

The company has a new speaker, but it’s only a prototype… again.

At CES last year, Sony impressed me with its carefully planned headphone and speaker demos for 360 Reality Audio. The 2019 installment of the show was the debut for the company's immersive audio standard -- technology that we would repeatedly hear about until Amazon debuted the first device that could handle it: the Echo Studio. I wrote that Sony had created what I hoped would be the future of music, and I still feel that way. However, thus far, Sony has made the technology available on headphones through its audio companion app, via a camera-based ear calibration tool. But it still hasn't announced a speaker of its own, or added the capability to existing devices.

The content is there. When 360 Reality Audio was first announced, my primary concern was content availability. It's one thing to create a new audio standard, it's another to convince people to use it. Sony has its own record label, so it had a library of music to pull from. Plus, it negotiated deals with Amazon Music, Tidal, Deezer and other services that have high-res tiers. The amount of available content is still limited -- there were only 1,000 songs at launch back in the fall -- but at least there's something. It's certainly a start.

Sony's latest demos for 360 Reality Audio include an Alicia Keys live performance from Tidal on a soundbar. It's very similar to the setup you'd find in a lot of living rooms. And of course, it sounded great. However, Sony positioned two satellite speakers in the back of the room so the "wow" factor of the immersive audio the company is pitching is significantly reduced. Of course the sound in a setup with a soundbar and sub in the front, and two more speakers in the back, is going to seem like you're in the middle of an arena. Or at least, more so than it would if you were just using a soundbar/subwoofer combo positioned in front of you. For now, this integration is just a demo. Sony's staff say there's nothing more to share in terms of consumer availability. 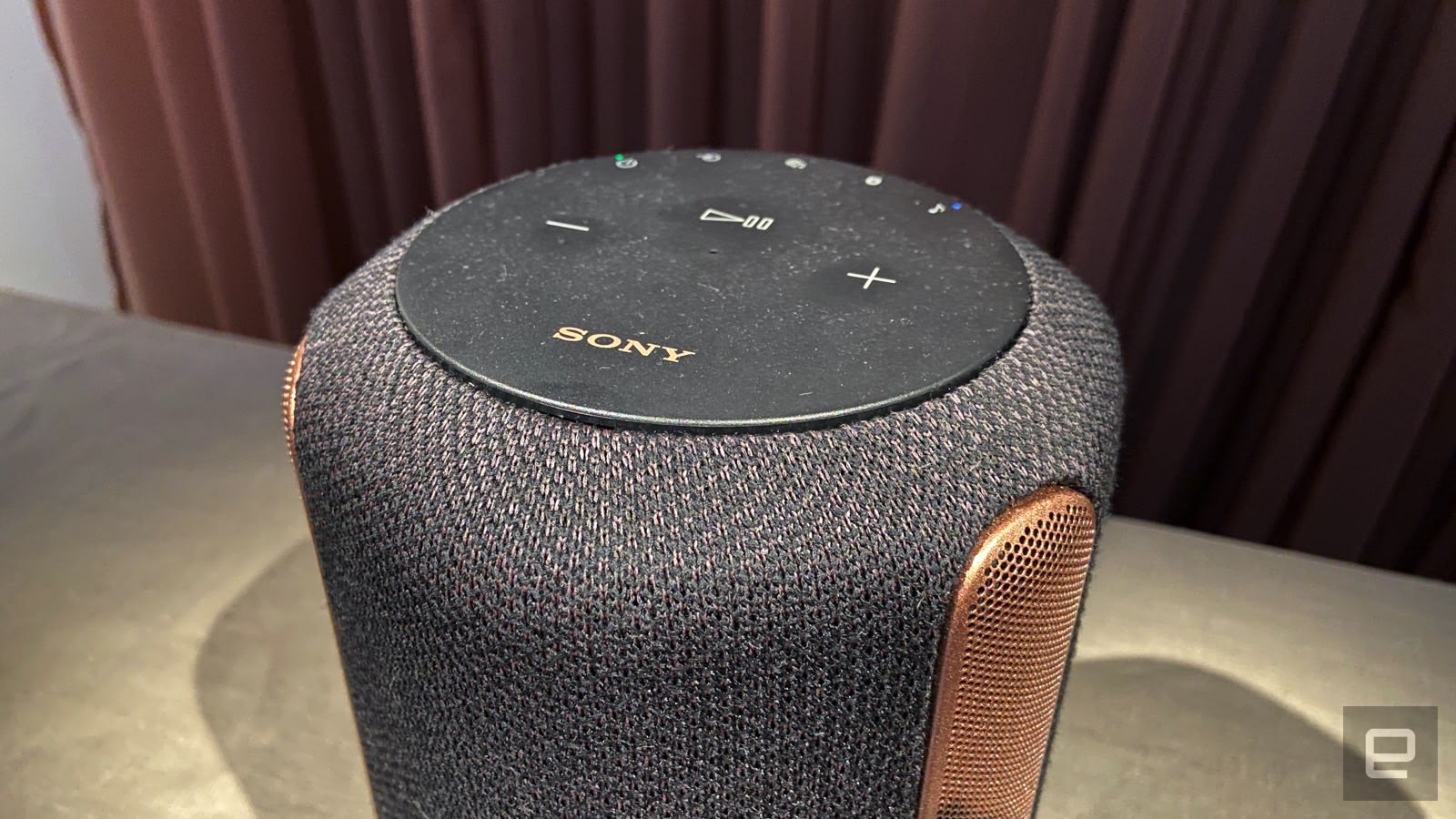 Sony also built another wireless speaker prototype. The company's representatives were clear this is still only a demo unit, and there's currently no plans to sell it -- just like the prototype we saw last year. This new model is a different design, and it looks more like a refined Echo Studio. The directional speakers at the top from the 2019 version are gone, but the audio sounds just as good. It's also noticeably better than what I heard on the Echo Studio during my review, which is to be expected for a tradeshow demo.

At this point, Sony has made two prototypes. They both sound great, and both have a better design than a lot of the WiFi speakers we see all the time. Sony has made Google Assistant speakers in the past as well, so it has experience with voice control in a product like this. And yet, the company still hasn't introduced its own speaker for the 360 audio system its championing. I thought it was odd that Amazon debuted the first 360 Reality Audio speaker, and to date, it's the only one. It's just as confusing that Sony, a year after showing off its first prototype, still hasn't announced one of its own. If the company wants to put some weight behind the audio ecosystem it's trying to sell us on, it needs to put it in more of its products besides just headphones.

All products recommended by Engadget are selected by our editorial team, independent of our parent company. Some of our stories include affiliate links. If you buy something through one of these links, we may earn an affiliate commission. All prices are correct at the time of publishing.
Sony is still trying to make 360 Reality Audio a thing
360 audio
360 reality audio
audio
av
ces2020
gear
hands-on
immersive audio
sony
soundbar
speaker
speakers