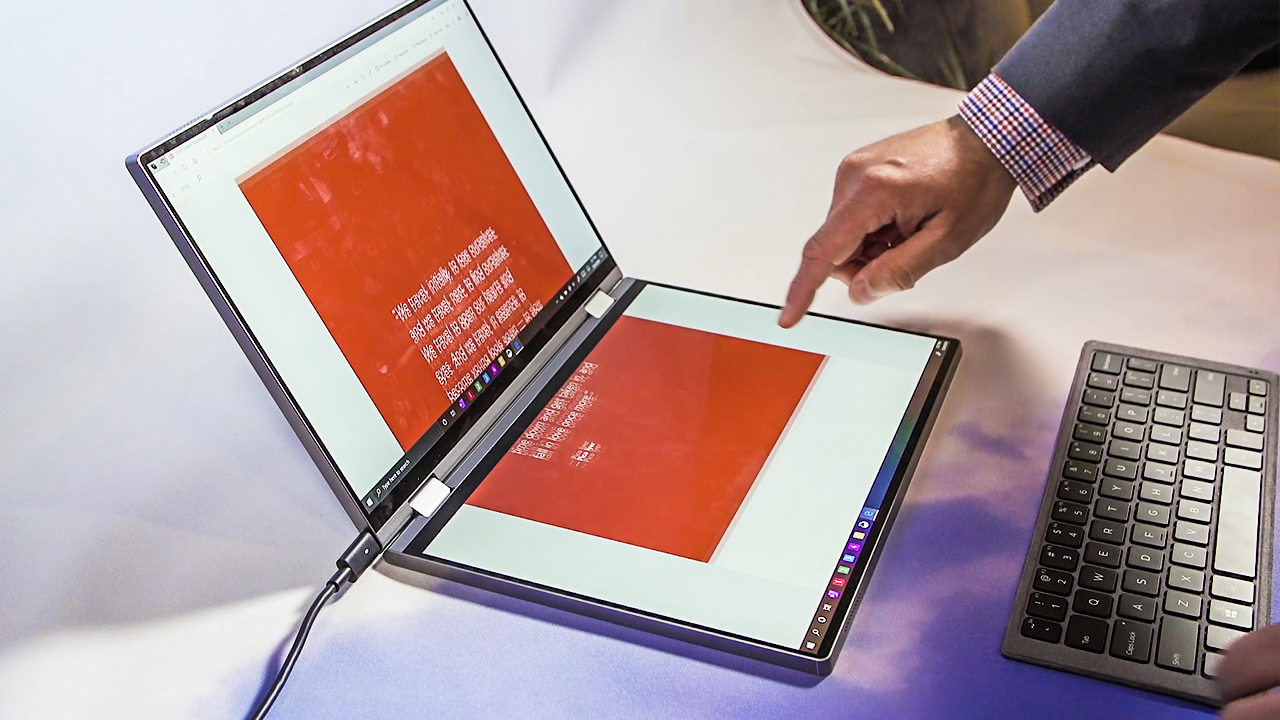 CES 2020 isn't a PC show per se, but recently manufacturers have used it to show off their most out-there prototypes. Take Intel's Horseshoe Bend, a 17-inch PC that's entirely covered by a flexible display to show off the potential of huge foldable devices. Dell, meanwhile, took another approach with the Concept Duet laptop that has two screens rather than one big flexible display. Just to show that it can do folding too, Dell also unveiled the Concept Ori tablet that supersizes bendy smartphones to tablet size. Lenovo went the farthest, however, with its ThinkPad X1 Fold, a folding tablet that it actually plans to sell. All of this shows that manufacturers are trying to make bendable devices happen, even if consumers aren't sure yet. For more, follow along with Engadget's complete CES 2020 coverage.

In this article: CES2020, Dell, dual screen, Duet, EngadgetToday, foldable PCs, gear, horseshoe bend, Intel, personal computing, personalcomputing, tablet, video
All products recommended by Engadget are selected by our editorial team, independent of our parent company. Some of our stories include affiliate links. If you buy something through one of these links, we may earn an affiliate commission.