Tonight Cadillac took the wraps off of its new Escalade, finally revealing where it's putting all 38-inches of curved OLED screens. That high-res display -- with twice the pixel density of a 4K TV, as Cadillac points out -- is split up across three screens, with a 7.2-inch touch panel to the driver's left, a 14.2-inch screen info cluster behind the steering wheel and the 16.9-inch infotainment system. Where it comes in handy, is that with vivid colors and deep black levels, the company says it doesn't require any kind of shrouding or hood to block glare from outside light.

This is also the first Escalade to include the Super Cruise driver assistant that provides hands-free driving on some 200,000 miles of highways in the US and Canada. As the company announced last week, the newly upgraded tech will include automated lane changing, as well as improvements to its steering and speed control.

Autoblog reports that it's getting a new independent rear suspension setup that's largely shared with the new Tahoe and Yukon, and although the interior is revamped for Cadillac's truck, it also shares those trucks' optional 12.6-inch touchscreens for passengers in the second row. 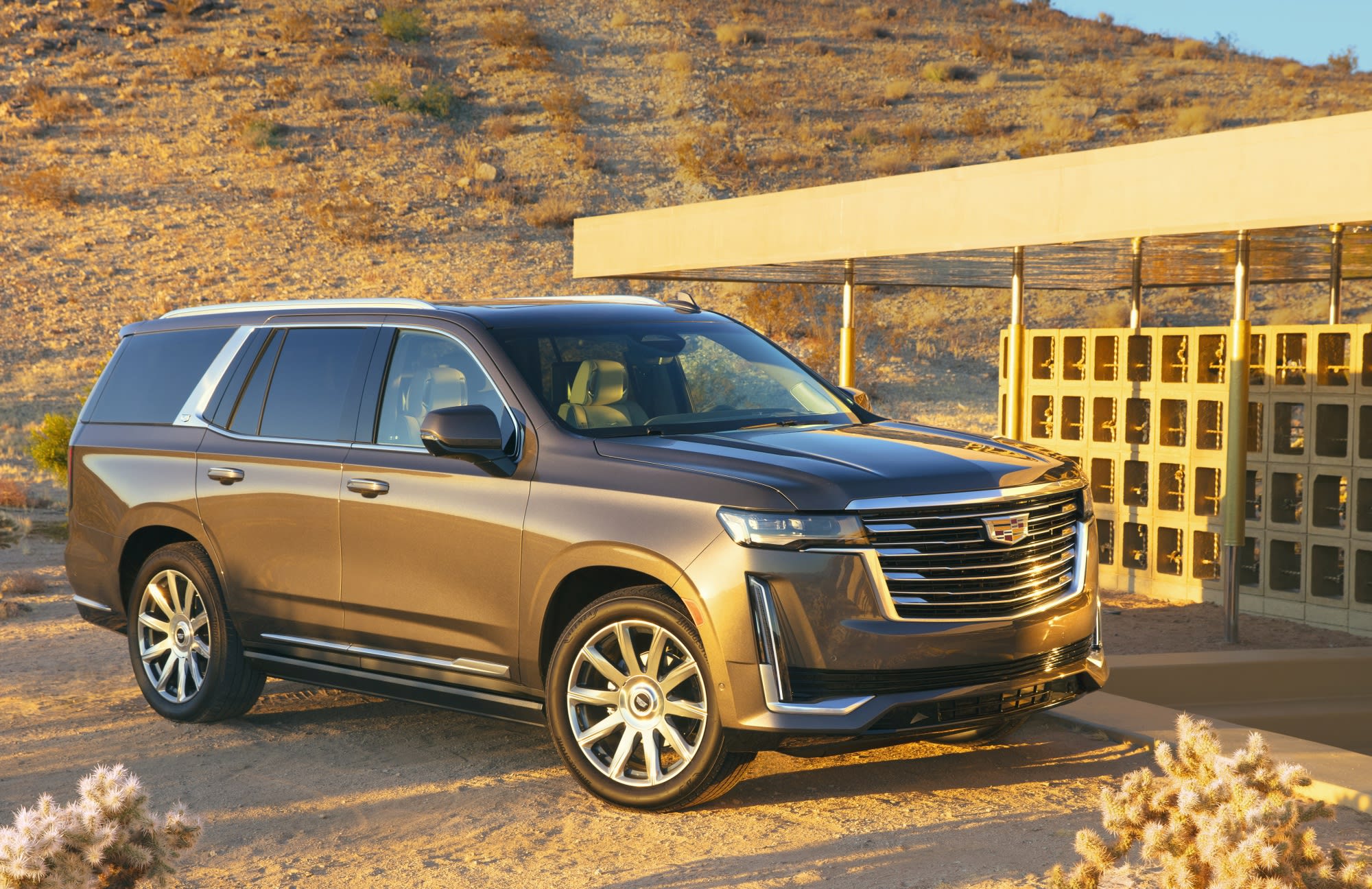 Other than the plush appointments, one option is the first AKG speaker system designed for a vehicle, which features 36 speakers powered by three amplifiers. Other tech enhancements with the high-end system include embedded microphones that help front and rear passengers hear each other, audio prompts for navigation that come from the left or right depending on which way you need to turn, and independent volume control for each front seat.

One other optional feature is the soft-close doors -- an electric motor pulls the doors closed so you'll never hear a hard door slam again. One thing that's not shown in the pictures is its augmented reality navigation. According to Cadillac, "A live street view in front of the vehicle is projected on the cluster display with turn indicators and other directional information overlaid on the scene."

There are five trim levels for the new Escalade,in Luxury, Premium Luxury, Platinum Luxury, Sport and Platinum Sports. All of them include bits like the OLED screens, NFC, wireless charging and five USB ports -- two USB-A and three USB-C. The new SUV will go on sale later this year.