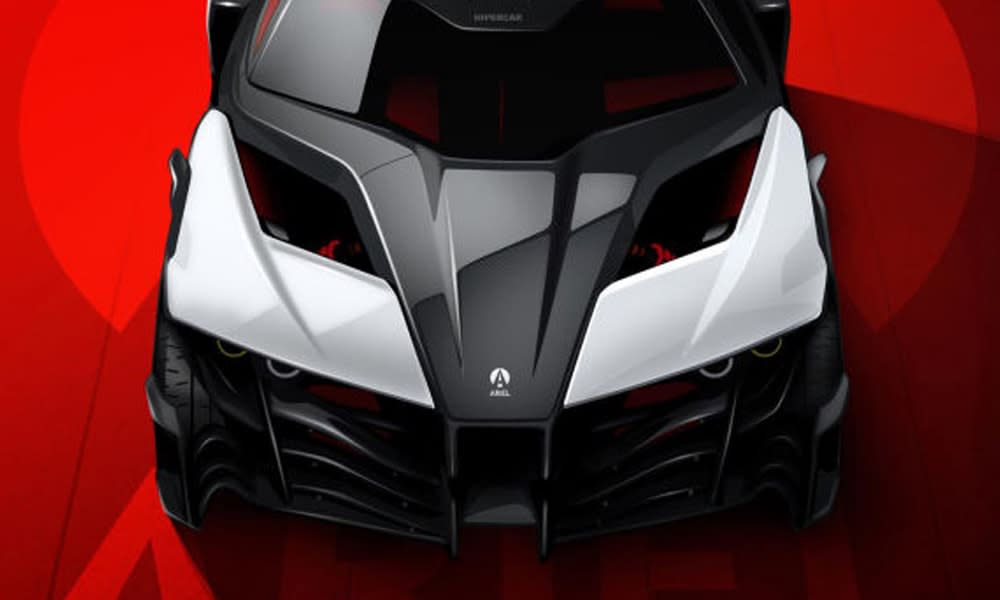 British automaker Ariel revealed concepts of its Hipercar -- short for "high-performance carbon reduction" -- in the summer of 2017. The company mentioned some impressive specs, such as the ability to reach 60 miles per hour in just 2.4 seconds and a top speed of 160mph (at least for the all-wheel-drive version). The car -- which is presumably meant more for a racetrack than for a trip to the grocery store -- uses four small motors at each wheel to produce 1,180 horsepower and 1,330 pound-feet of torque. Ariel promised that more specs and hardware details would be announced in 2019, but that didn't happen. We should be getting a clearer picture of the innovative supercar later this year, though: Autoblog reports that the automaker will reveal the progress it has made on the Hipercar before September's Low Carbon Vehicle Show.

While auto enthusiasts will likely want to hear about the Hipercar's specs, they can expect some changes to the car's looks too. A representative told Autoblog that "certain things will have changed," but gave no further details. Ariel will hopefully announce pricing information as well. In 2017, founder Simon Saunders said, "It will be an expensive car because of the technology involved. But when compared to £1 million-plus supercars, which it will outperform, it's going to represent excellent value for money."

Ariel planned on fully unveiling the Hipercar in 2019 and then selling it in 2020. Now that the specs won't be fully divulged until the second half of 2020, we may not see the car go on sale until 2021 or later.

In this article: ariel, ariel hipercar, car, cars, hipercar, hybrid car, hybrid supercar, hypercar, low carbon vehicle show, supercar, tomorrow, transportation, gaming
All products recommended by Engadget are selected by our editorial team, independent of our parent company. Some of our stories include affiliate links. If you buy something through one of these links, we may earn an affiliate commission.