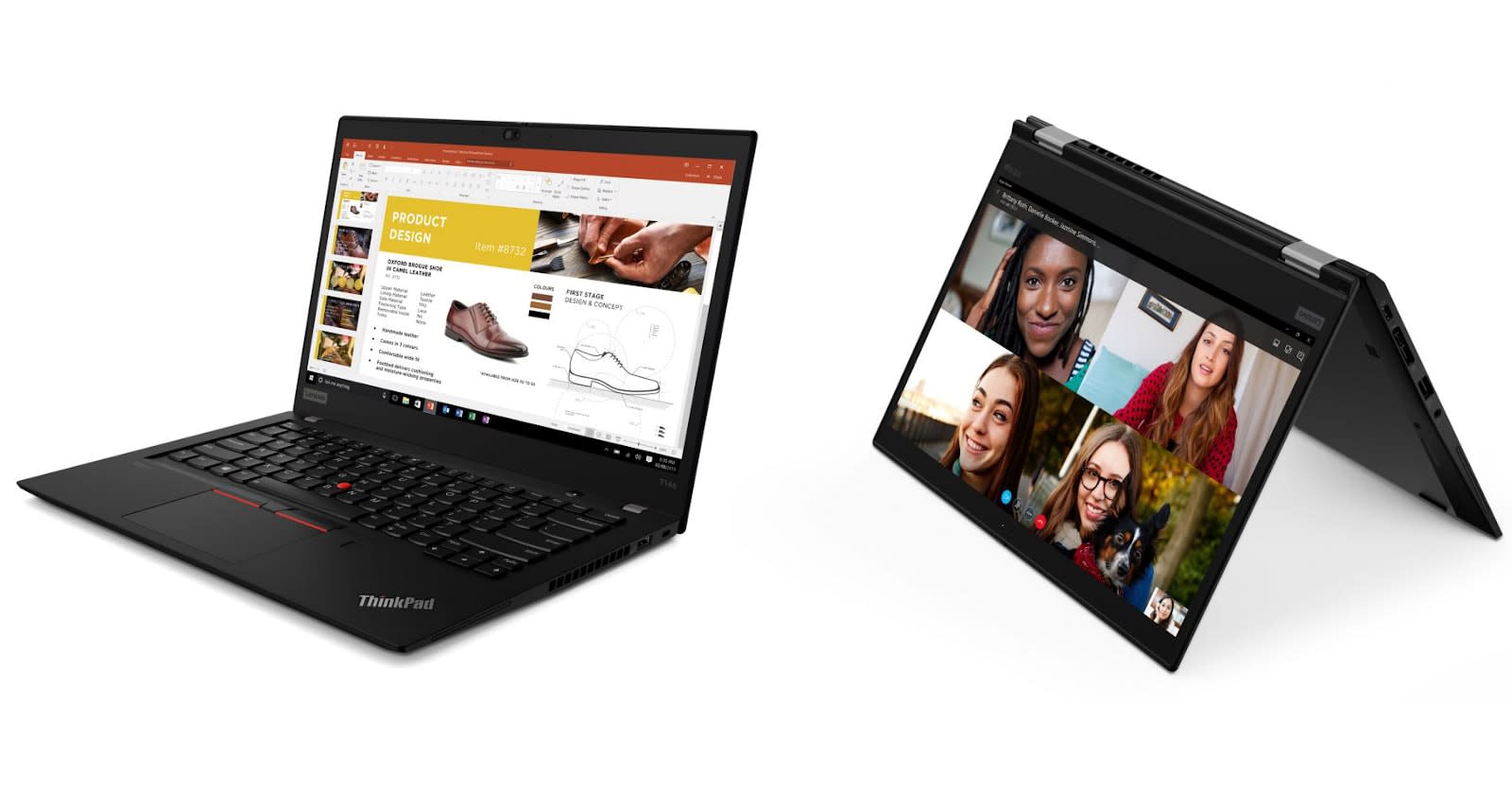 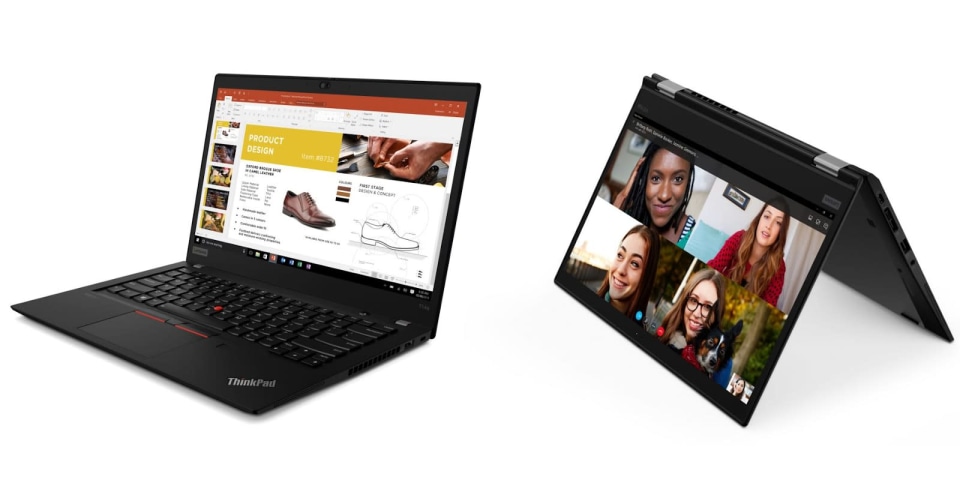 Lenovo has updated its ThinkPad line with conventional and flexible laptops powered by Intel's 10th Gen vPro processors. However, select models can be configured with AMD's Ryzen 4000 PRO Mobile processors instead -- based on some benchmarks, the Ryzen 4000 line's flagship eight-core, 16 thread chip is potentially faster than some of Intel's processors -- making Lenovo the first company to offer AMD's chips to consumers. Regardless of their processor, though, the laptops have WiFi 6 connectivity and Modern Standby, which offers a smartphone-like always-on, always-connected experience.

The refreshed ThinkPad T14, T14s and T15 geared towards business users come installed with Windows 10 Pro and features like Wake on Voice and Dolby Audio Speaker System. Buyers can customize ThinkPad models T14s and T14 to be powered by a Ryzen 4000 chip instead. Prices for the T14, T14S and T15 start at $849, $1,029 and $1,079, respectively.

Lenovo has also given the ThinkPad X13 and X13 Yoga an upgrade. The Yoga model, with prices starting at $1,099, has Dolby Audio Speaker System and can come with an optional UHD OLED display with Dolby Vision. Meanwhile, the non-flexible X13 model that will set buyers back at least $849 is also available with Ryzen 4000 chips.

Finally, the new ThinkPad L14, L15, L13 and L13 Yoga models were redesigned to be thinner and lighter than their predecessors. They run Windows 10 Pro and have fingerprint readers powered by Windows Hello. The ThinkPad L14 and L15, in particular come with rapid-access unified communications functions keys and can be configured with AMD's Ryzen 4000 chips.

For people always on the go, it's worth noting that the ThinkPad T and X series with Intel processors, as well as the ThinkPad L14 and L15 models have optional LTE connectivity. The T and X series' connection can even reach 1 Gbps. All new ThinkPad models will be available in the second quarter of the year, but these last four models are the most affordable out of all of them, with prices beginning at $649.

In this article: gear, Lenovo, personal computing, personalcomputing, Thinkpad
All products recommended by Engadget are selected by our editorial team, independent of our parent company. Some of our stories include affiliate links. If you buy something through one of these links, we may earn an affiliate commission.