If you're a toy-loving child (and which kid isn't), your favorite times of year are birthdays and the big gift-giving holidays in December. If you're a toy-loving adult, however, your Christmas comes much earlier in the year, when all the companies announce their new stuff in February at the New York Toy Fair.

The biggest hype at this year's show was over Baby Yoda, who was everywhere... mostly because there hasn't been a lot of merch until now. That's because Disney kept The Child's existence a closely-guarded secret before The Mandalorian premiered on Disney+ back in November. Now we have Baby Yoda figures, dolls and costumes. But the most anticipated product is the animatronic Baby Yoda, which can laugh, coo and uh, sell out within hours before it's even released. 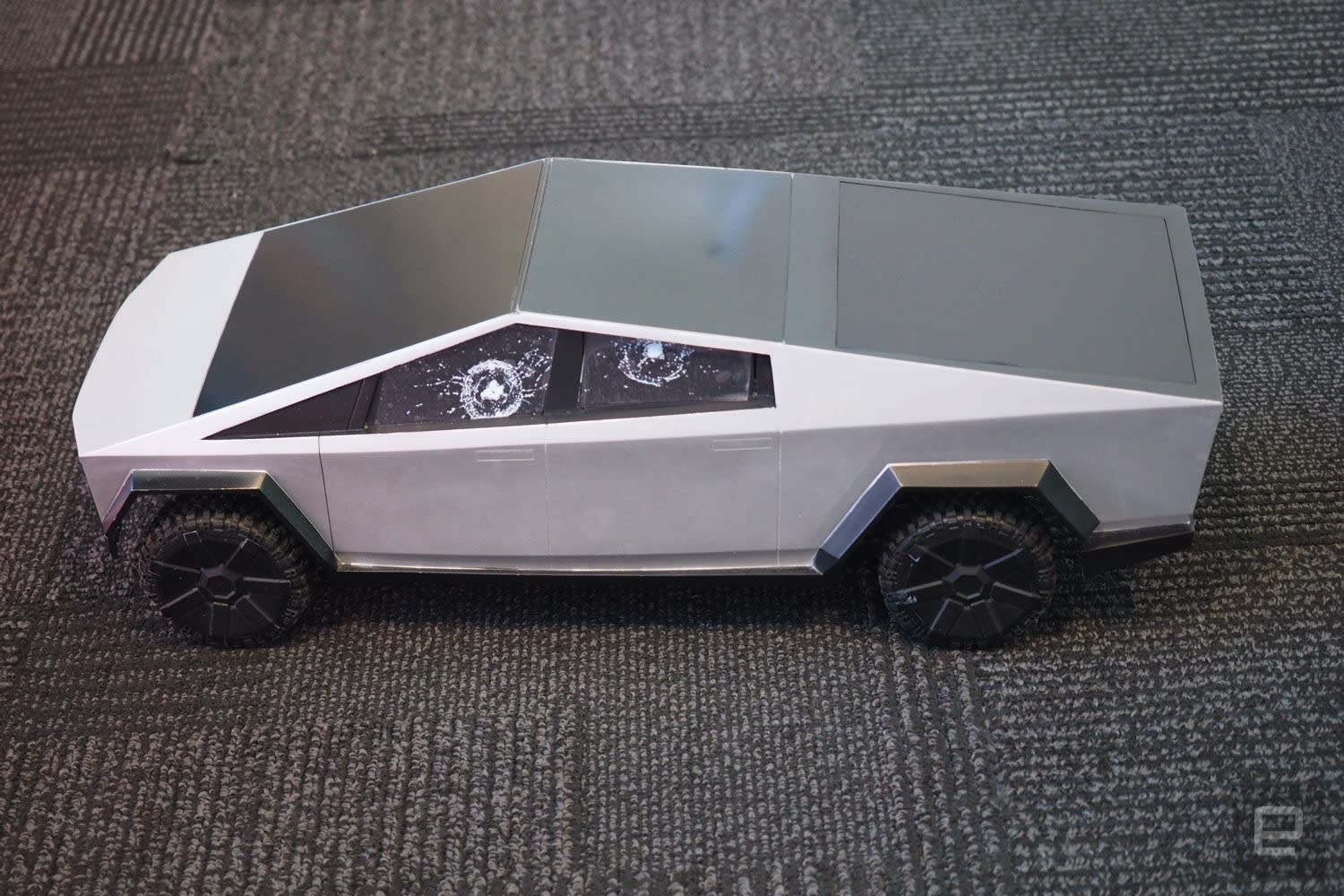 Also sold out? The new 1/10-scale Hot Wheels RC Cybertruck. If you don't have $39,900 to spend on the real thing, you could have gotten pretty close with this detailed replica capable of speeds up to 25 miles per hour. If that amount is still too rich for your blood (or you just missed the pre-order window), there's a 1/64-scale version of the Cybertruck for $20, too.

It may have been primarily a toy show, but video gaming also reared its digital head in some unexpected places. Remember those terrible handheld Tiger Electronics LCD games from the '80s and '90s? Hasbro is bringing them back for some nostalgic "fun." Minecraft Earth is getting NFC-enabled minis. And, for fans of FPS games, Nerf now has Halo-themed weaponry, including the iconic MA40 and Needler.

Tech manifested itself in all sorts of other ways at Toy Fair, from ninja robots to digital dollhouses. But few were as charming as KidKraft's new Alexa 2-in-1 Kitchen and Market. Yes, we mean the real Alexa — you can attach an Amazon Echo for sound effects and cooking instructions. A lot of the pieces are equipped with RFID chips so Alexa knows what your kids are up to and even banter with them. Do you like dad jokes? Alexa will tell a lot of dad jokes.

Most of these products were given rather nebulous release dates of "some time in 2020" but rest assured we'll update you throughout the year, as well as taking these into consideration when we release our holiday gift guide this fall.

Check out all the news from Toy Fair 2020 here!