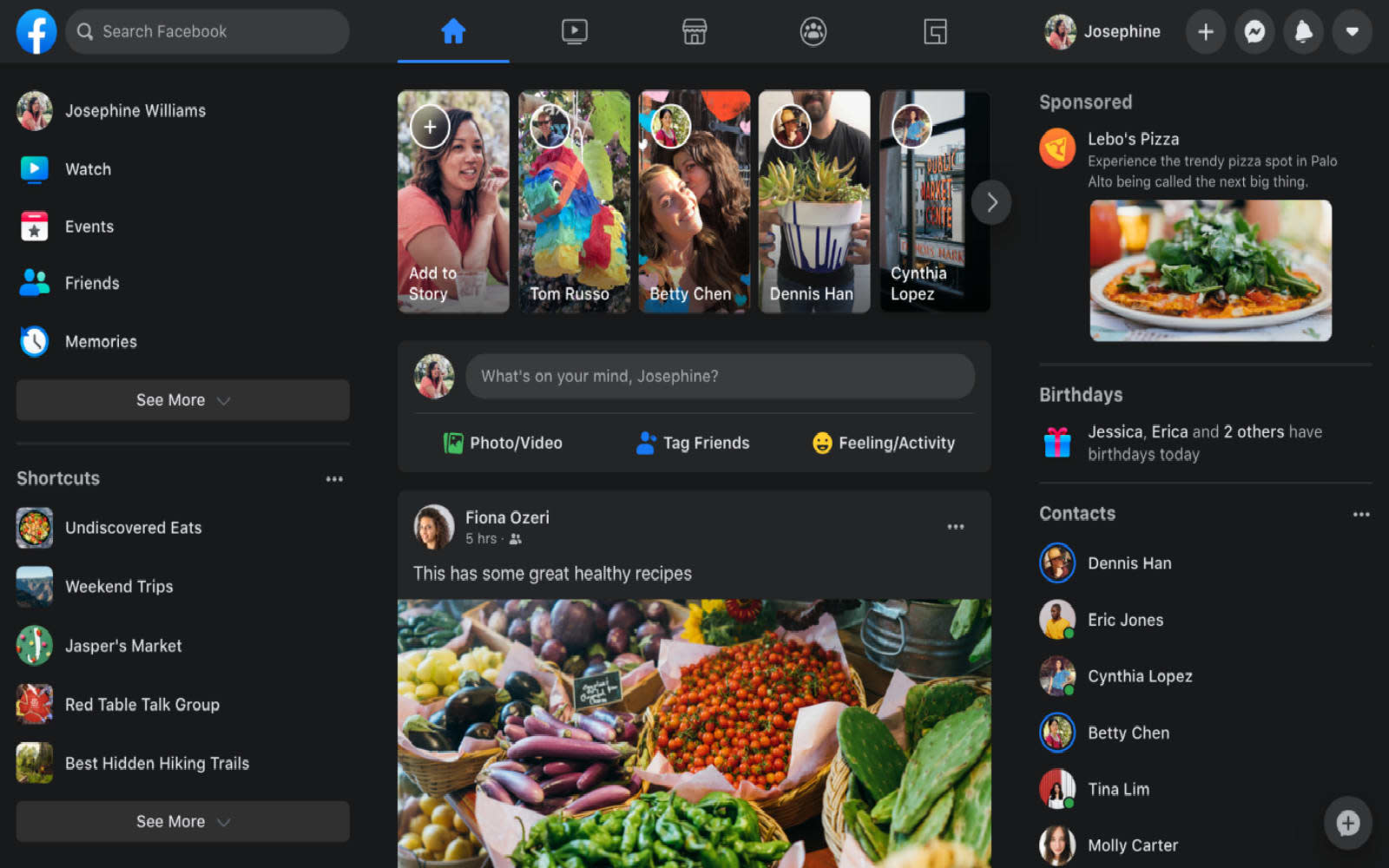 Facebook is finally letting desktop users opt-in to dark mode. Facebook told TechCrunch that "starting today, the majority of people on Facebook will have access to the new desktop design." This includes dark mode, which can be toggled on and off via the Settings drop down menu.

This has been in the works for a long time. Facebook first promised a cleaner and faster desktop interface at its F8 developers conference last spring. A limited number of users began testing the revamped design in January.

If you use Facebook's desktop version, you'll likely see a banner at the top of the page, asking if you want to try the "New Facebook." For now, you can still switch back to "Classic Facebook" if you choose, but the redesign will become the default later this year.

Other changes include centralized tabs for Facebook Watch, Marketplace, Groups and Gaming. Even if users don't like all aspects of the redesigned interface, dark mode will likely be popular. It's already available in a number of Facebook-owned apps, including Messenger, Instagram and WhatsApp. Plus, there's a good chance users are looking at their screens even more during the coronavirus pandemic, and this could help reduce some eyestrain.

In this article: dark mode, design, desktop, facebook, gear, interface, internet, new facebook, redesign
All products recommended by Engadget are selected by our editorial team, independent of our parent company. Some of our stories include affiliate links. If you buy something through one of these links, we may earn an affiliate commission.