Royole's next foldable phone is much better at bending

The FlexPai 2 will be the first phone to use Royole's latest flexible display.
R. Lai|03.25.20
@richardlai

When we spoke to Royole CEO Bill Liu back at CES 2019, we were told that his company's -- and the world's -- first foldable phone wouldn't be just a one-off. Today, the manufacturer finally unveiled the FlexPai 2, which is equipped with a tougher and more vibrant flexible display, along with a new robust hinge to keep everything together. More importantly, Royole claims to have reduced the crease that's all too common on existing foldable phones, partly thanks to its new material simulation model used throughout the development process. 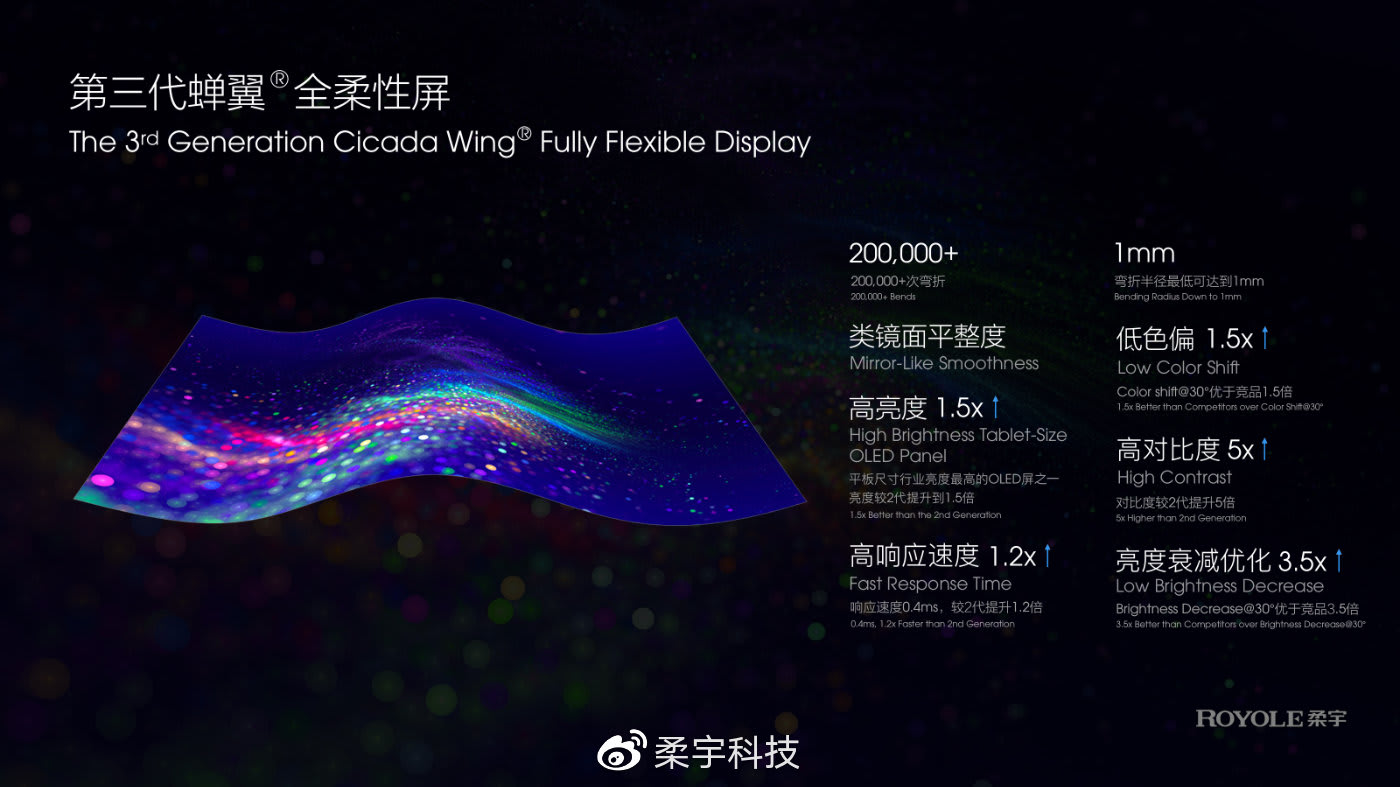 The most notable feature about Royole's third-generation Cicada Wing FFD (Fully Flexible Display) on this device is perhaps its much improved bend radius, going from the previous version's 3mm down to just 1mm, while still lasting over 200,000 bends. This gives the phone a much better fold -- perhaps much closer to, if not better than, Huawei's Mate Xs which has a similar outward-facing flexible screen.

The panel also benefits from a boost in brightness, contrast, color gamut and viewing angle, all of which are further enhanced by a new custom driver chip. For the display nerds out there, at a 30-degree viewing angle, this panel is apparently rated with a JNCD (Just Noticeable Color Difference) below 0.6, along with 1.5-times better brightness decay. 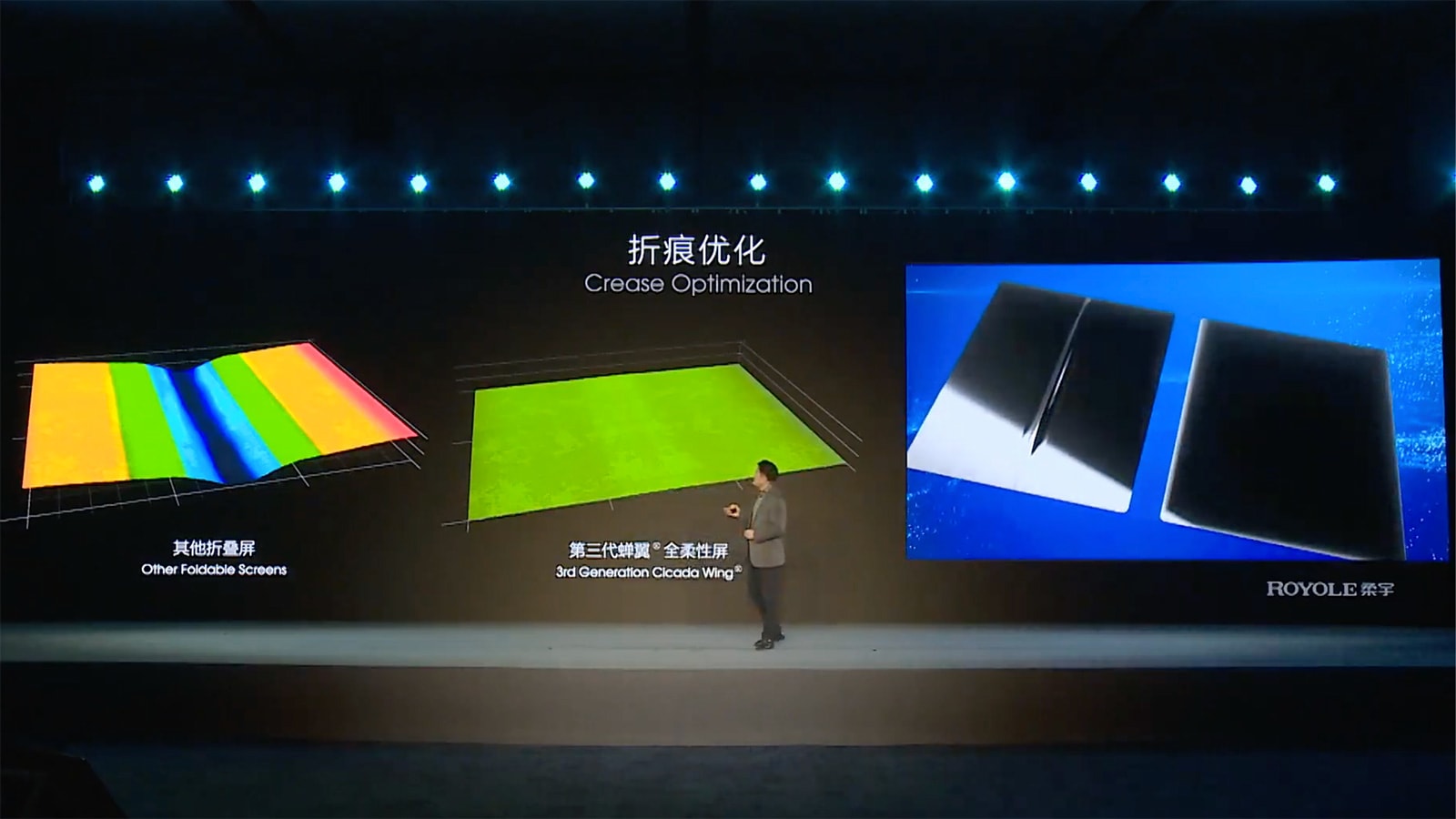 Much like its predecessor, the FlexPai 2 has a 7.8-inch screen with a 4:3 aspect ratio when fully open. Unsurprisingly, this latest flagship is powered by Qualcomm's latest and greatest Snapdragon 865, which comes with 5G radio, faster LPDDR5 RAM and UFS 3.0 storage. There's also a set of quad cameras along with stereo speakers, which is what you'd expect on a flagship phone these days. Royole stopped short at providing further information, but with a Q2 2020 launch date set for the consumer market, we'll be hearing more soon.

Chances are the FlexPai 2 won't be the only device to leverage the third-generation Cicada Wing FFD. In the same online event, Royole announced that it has entered a strategic partnership with ZTE to explore more use cases with the former's flexible display technology. Of course, ZTE is no stranger to the foldable phone form factor -- you may recall the dual-screen Axon M from 2017, though it was a little ahead of its time.

More importantly, such partnership means Royole has finally reached the stage where it's ready to work with phone brands, which could lead to a wider variety of flexible phones in the near future. That said, only time will tell whether Royole has the production capability to handle other manufacturer requests, let alone its own phones.