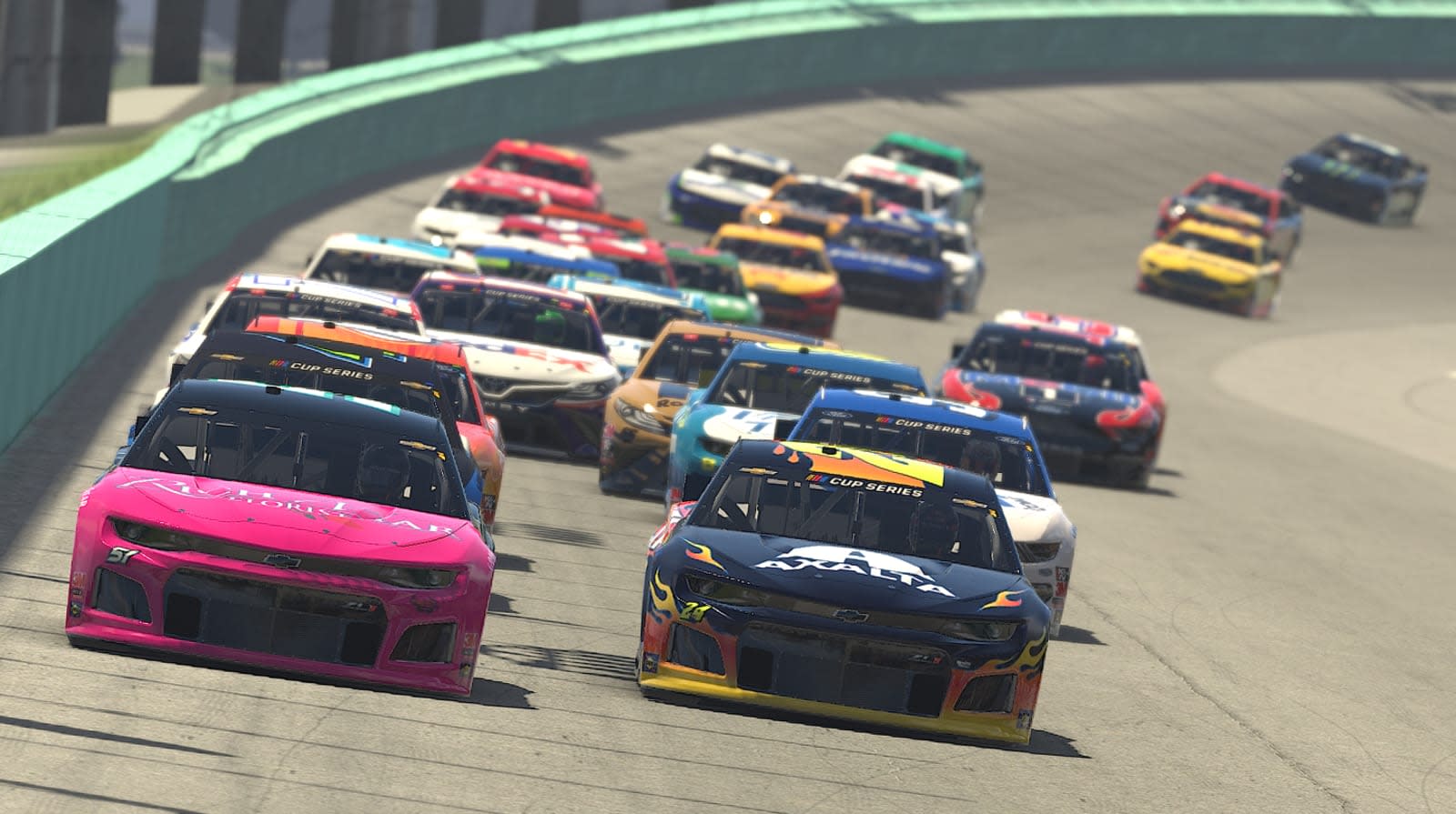 NASCAR and Fox Sports might have started airing virtual races out of pandemic-induced necessity, but it appears their efforts paid off. Fox has revealed that the inaugural eNASCAR iRacing Pro Invitational Series race on March 22nd drew 903,000 viewers on FS1, making it the highest-rated esports TV program to date. It was also the most-watched broadcast on FS1 since mass sports event cancellations on March 12th and the most-watched sports broadcast on cable that Sunday, although those last two feats weren't too difficult given the dearth of live sports.

Accordingly, Fox has committed to cover the rest of the season, starting with a race at a simulated Texas Motor Speedway on March 29th at 1PM Eastern. It'll air on both the Fox broadcast network as well as FS1 and the Fox Sports app.

There's little doubt that NASCAR and Fox had the advantages of both an audience with nowhere to go as well as a bevy of real-world pro drivers, including race winner Denny Hamlin. Viewership might not have been what it was otherwise. All the same, this does show that people are willing to watch esports on TV in large numbers given the right circumstances, and suggests that more than a few people got their first taste of competitive gaming this past weekend.

In this article: av, coronavirus, covid-19, enascar iracing pro invitational series, entertainment, esports, fox, fox sports, fs1, gaming, iracing, motorsports, nascar, personal computing, personalcomputing, sports, television, tv, video
All products recommended by Engadget are selected by our editorial team, independent of our parent company. Some of our stories include affiliate links. If you buy something through one of these links, we may earn an affiliate commission.