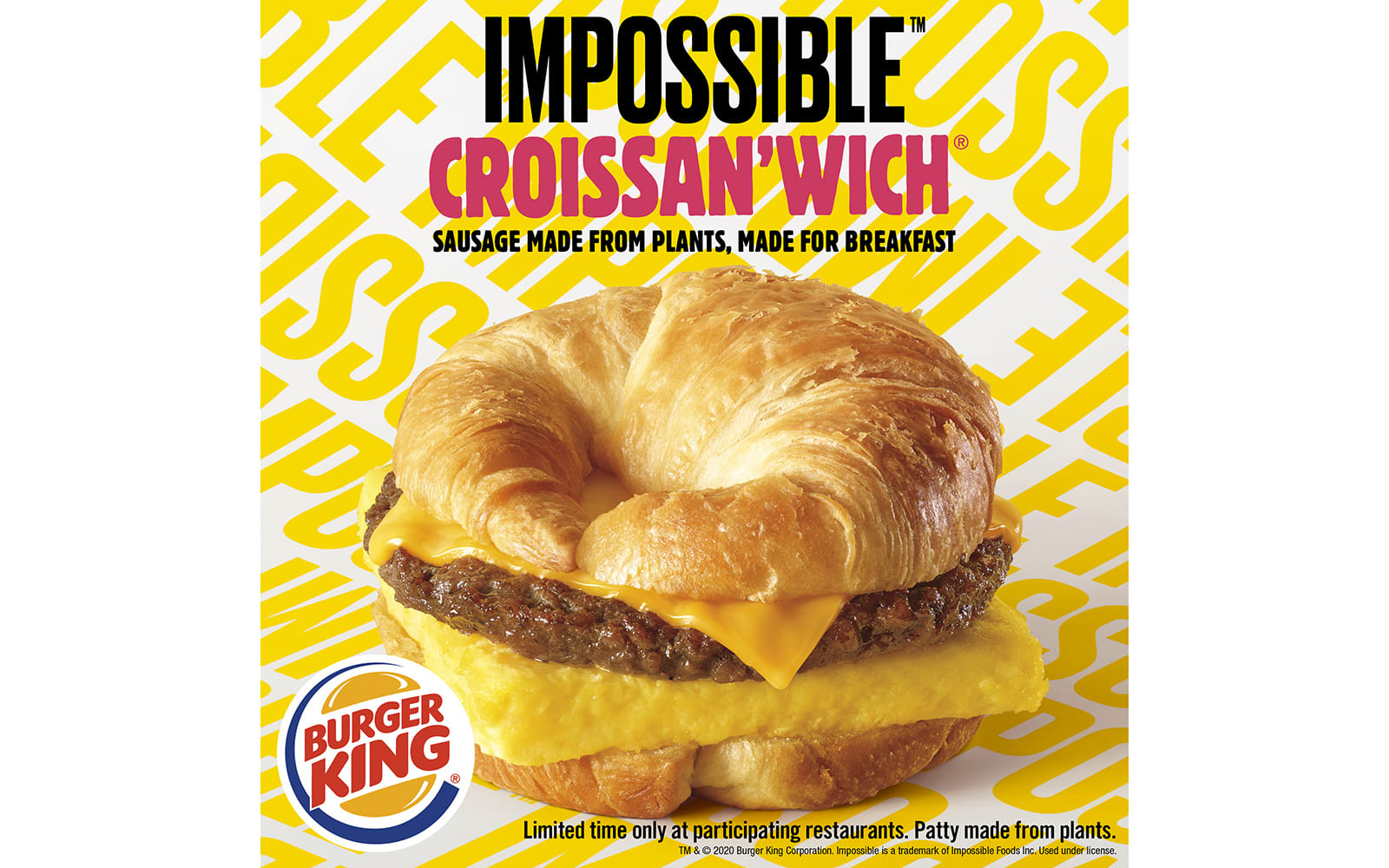 In addition to its faux pork announcement today, Impossible Foods also officially launched its Impossible Sausage product, which it announced last year. Not only that, but you might be able to try it very soon. Starting in late January, Impossible Sausage will be available exclusively at 139 Burger King restaurants in five test regions: Savannah, Georgia; Lansing, Michigan; Springfield, Illinois; Albuquerque, New Mexico and Montgomery, Alabama.

In a raw two-ounce serving, Impossible Sausage has 7g protein, 1.69mg iron, 0 mg cholesterol, 9g total fat, 4g saturated fat and 130 calories. It's also gluten-free and designed to be both halal and kosher.

Even though sausage is traditionally made from pork, the Impossible Sausage product is a little different from Impossible Pork. According to Impossible Foods, the sausage is just one application of meat, while the faux pork product is for all kinds of applications of ground pork, like in baos, dumplings or stir fries.

Impossible's underlying food technology allows it to adjust the combinations of plant-derived nutrients, amino acids, sugars and fats to create these different faux meat products. It has so far launched Impossible Burger, Impossible Pork and Impossible Sausage, but could very well launch other fake meats or meat-derived products in the future.

The Impossible Croissan'wich will be available for a limited time only, so if you want to try one, you should probably do so soon after it debuts.

In this article: burger king, ces2020, food and drink, food-and-drink, foodanddrink, green, impossible foods, impossible sausage, tomorrow
All products recommended by Engadget are selected by our editorial team, independent of our parent company. Some of our stories include affiliate links. If you buy something through one of these links, we may earn an affiliate commission.