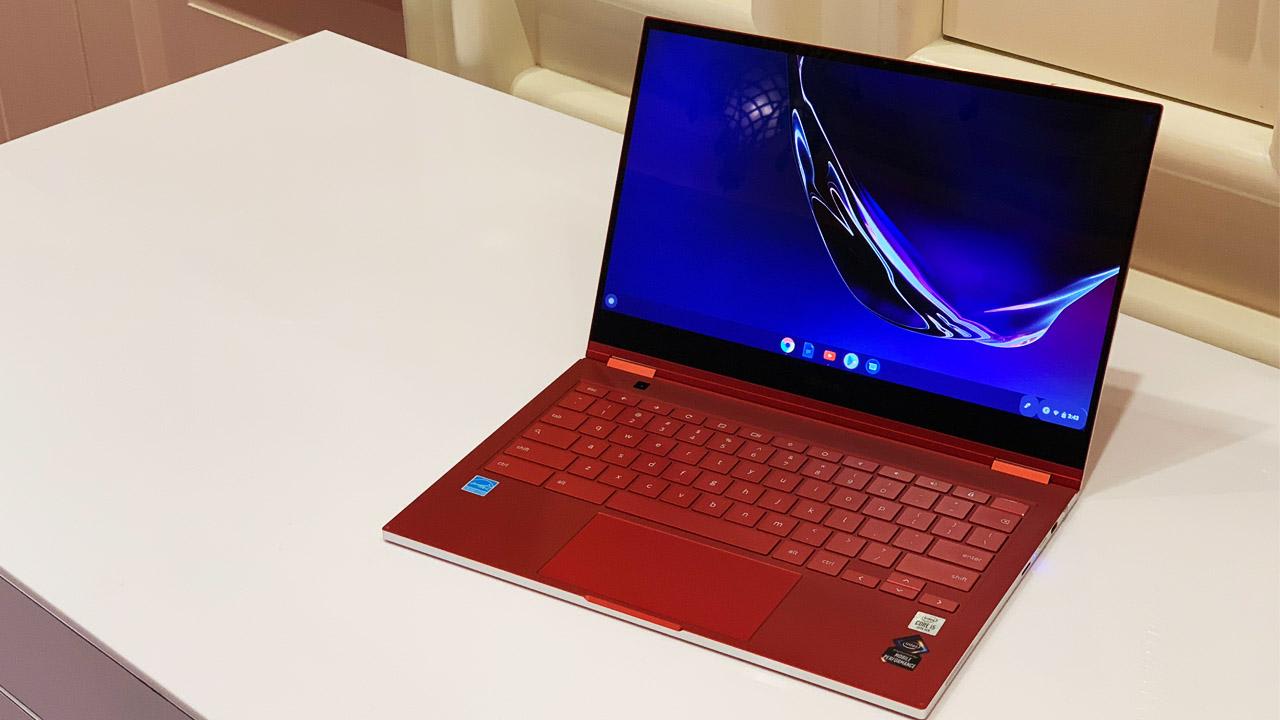 I come across a lot of laptops in my line of work, but few have struck me quite like the Samsung Galaxy Chromebook. Not only is it one of the most stunning notebooks I've seen, but Google's own senior director of product management Kan Liu called it the best Chromebook yet. (He certainly had plenty of brands and models he could have chosen from.) I could go on and on about how much I love the Galaxy Chromebook's eye-catching red finish and sleek lines, or how great it felt to hold during my hands-on demo at CES 2020, but there are other reasons this new laptop stands out.

Aside from the pretty looks, the Galaxy Chromebook also drew my gaze with its vibrant 13.3-inch 4K AMOLED screen. It might feel like a lot to put such a sharp, high-quality display in a Chromebook, but it's great for people who watch Netflix or their favorite YouTubers from their browser. Later in the year, Samsung says it will also offer a version with HDR 400 compatibility for better dynamic range.

Through these specs, the Galaxy Chromebook is making a statement. Chrome OS is no longer an ecosystem meant exclusively for affordable machines bought in bulk for classrooms. The kids who grew up using Chromebooks in high school are now graduating into the workforce, and PC makers believe they want to stick with a familiar OS but treat themselves to nicer hardware. The Galaxy Chromebook looks so good it actually rivals some Windows laptops I've seen recently. In addition to the eye-grabbing screen, the laptop's 9.9mm profile and super thin 3.9mm bezels give it a clean, minimal aesthetic that you'll also find on Samsung's Galaxy Book S, Flex and Ion. I'm pleased that the company has been consistent with its design.

We haven't tested any of these yet, though, so I can't vouch for their long-term performance, and I'm concerned about such a compact device's thermals. Still, the Galaxy Chromebook should be capable enough for most Chrome OS workflows, with its 10th-generation Intel Core i5 processor, 8GB of RAM and a 256GB SSD. If you need more storage, you'll appreciate the onboard microSD card slot, in addition to the pair of USB-C ports and a 3.5mm audio jack.

Despite its tiny size, the Galaxy Chromebook also houses an S Pen in a dock on the right edge, and you can rotate the laptop's screen all the way around to use it as a tablet. There's also a second 8-megapixel webcam on the top left corner of the keyboard that functions as a rear camera in this configuration so you can quickly snap pictures of a whiteboard or presentation. For things like conference calls, you can use the 1-megapixel camera above the screen to ensure a more flattering angle. 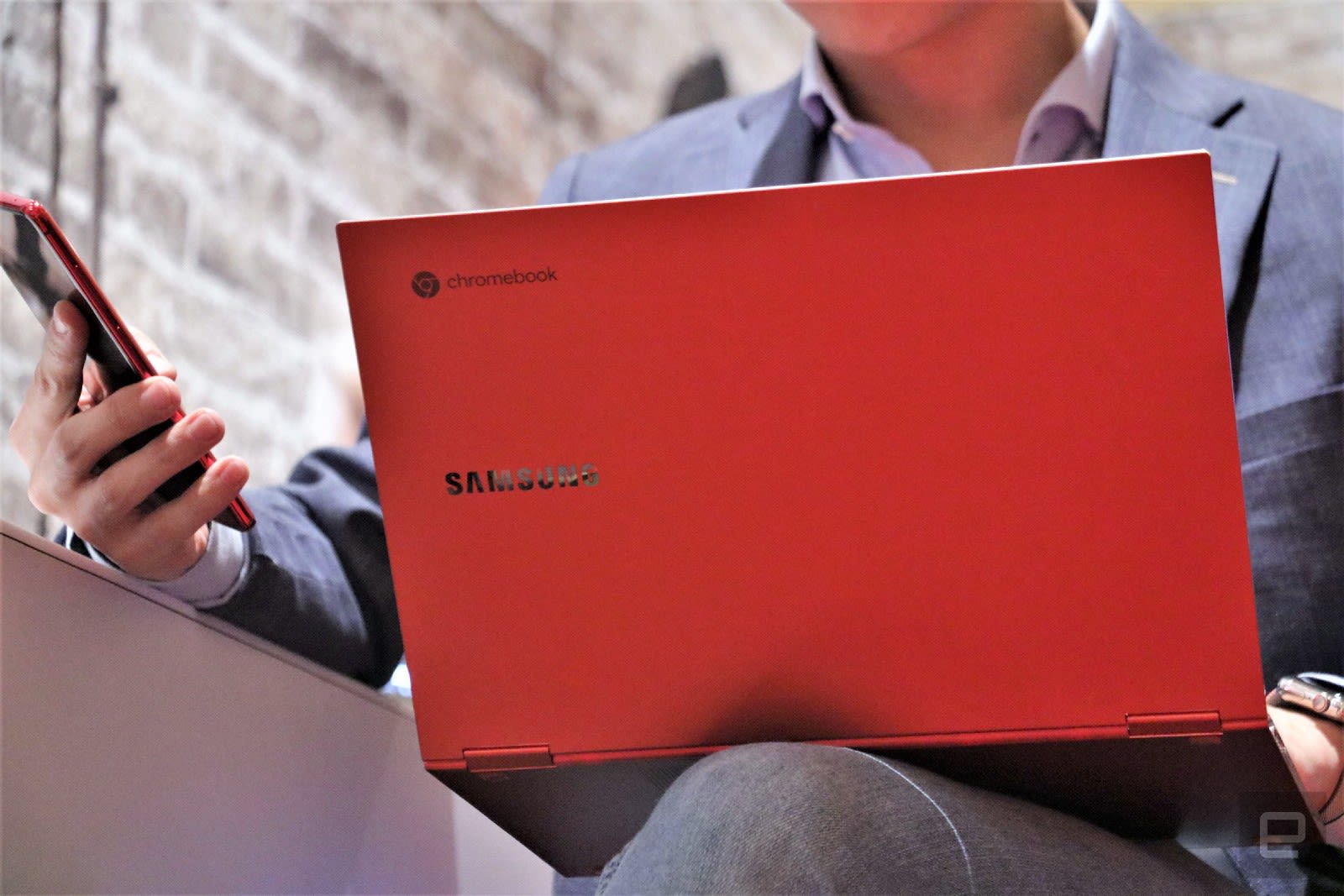 Although the other Galaxy Books are expected to hit about 20 hours of runtime, the Galaxy Chromebook's 4K AMOLED display means it has shorter battery life of about 10 hours. That's a minor gripe, although I personally would prefer a 2K or full HD display in exchange for more endurance. I also wish the keyboard had deeper travel, though I didn't have much issue banging out a paragraph accurately into Google Docs, thanks to the well-spaced layout.

I wasn't expecting to be so taken by a Chromebook at CES, but I'm glad the OS is getting a serious glow-up this year. Google is also announcing two other Chromebooks by Lenovo and ASUS here at the convention, and altogether they make me believe that 2020 is the year Chrome might, just might, be taken more seriously.

In this article: bestofces2020, ces2020, chrome os, chromebook, gadgetry, gadgets, gear, google, laptop, personal computing, personalcomputing, samsung, samsung galaxy chromebook
All products recommended by Engadget are selected by our editorial team, independent of our parent company. Some of our stories include affiliate links. If you buy something through one of these links, we may earn an affiliate commission.