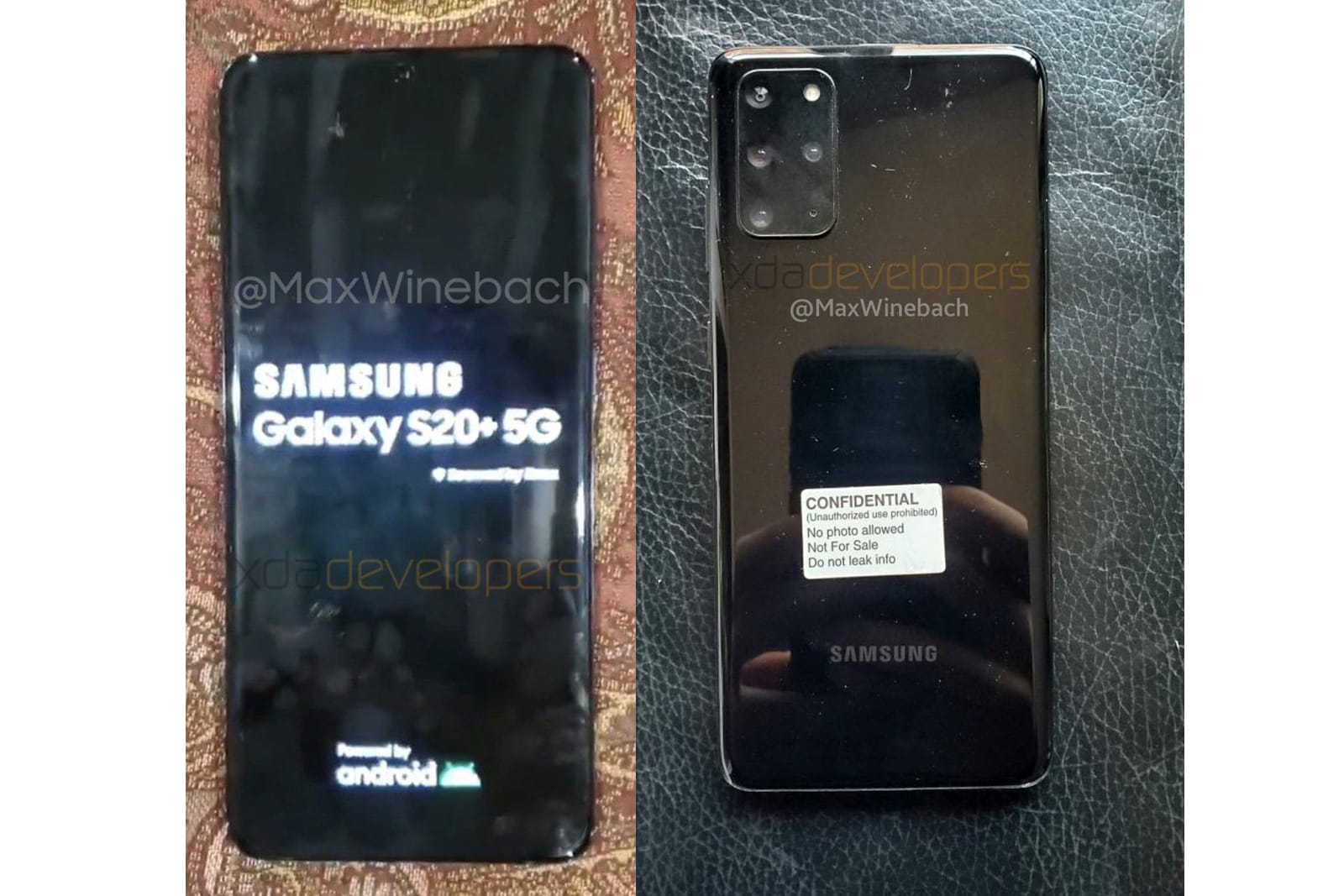 You might not have to rely on renders or other hard-to-verify reports to know what Samsung's next Galaxy S phone will look like -- you may be staring at it. XDA-Developers has obtained pictures of what it says is the Galaxy S20+ 5G. The boot screen appears to show the rumored S20 name and a 5G variant, as you've no doubt noticed, but also reveals the elaborate camera array that reportedly includes a 12MP 1.8-micron main camera, an ultra-wide, a telephoto and possibly a macro lens. There might also be a rear microphone to boost audio quality when you're recording videos.

This wouldn't necessarily be the highest-end model, either. There's also a rumored S20 Ultra that would include more advanced camera tech (such as Samsung's 108-megapixel sensor). You could expect a regular S20, a lower-end version (an S20e?) and LTE versions most devices. All of them are expected to have common features like a Snapdragon 865 processor (Exynos 990 in some countries) and larger overall screens than the S10 family.

Whatever Samsung unveils, you'll hear more about it on February 11th, with a release likely a few weeks later.

Source: XDA-Developers
In this article: android, galaxy s20, galaxy s20+ 5g, gear, leak, mobile, samsung, smartphone
All products recommended by Engadget are selected by our editorial team, independent of our parent company. Some of our stories include affiliate links. If you buy something through one of these links, we may earn an affiliate commission.