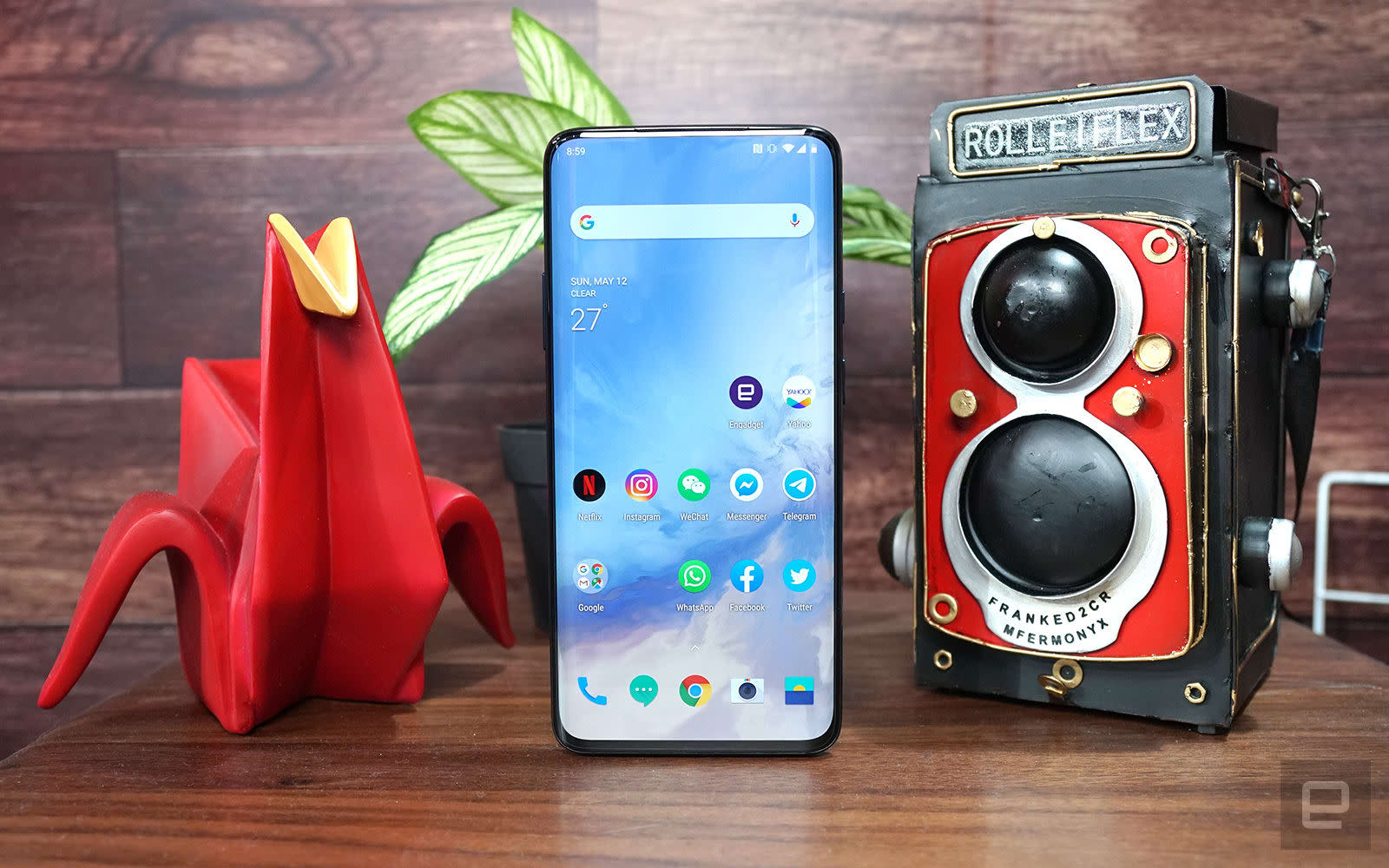 OnePlus is starting to dribble out details for its next phones, and it's starting with the feature you probably care about the most: the screen. The company's upcoming, Samsung-made 120Hz Fluid Display (not pictured) is faster than the 90Hz of the 7 series and thus better at handling motion, but that's just supposedly the start. The AMOLED panel packs a slew of custom design choices that might help it stand out against the ROG Phone 2 and those precious few other 120Hz handsets on the market.

The Fluid Display touts an "exclusive optimization solution" that reportedly renders frames 7 percent faster, and it boasts a 240Hz touch sampling rate to make it that much more responsive to your finger taps. You can also expect smoother-looking video playback at 60Hz or 120Hz, too, thanks to the same kind of frame insertion technology used in many modern TVs (this comes at the same time as TV makers are courting people who hate motion smoothing, but never you mind that).

You can likewise expect better color accuracy through "professional tuning" that promises a Just Noticeable Color Difference ratio of less than 0.8 (slightly better than the Galaxy S10's 0.9, for context), 10-bit color that's automatically calibrated at the factory and a 1,000-nit peak brightness.

We wouldn't be surprised if 120Hz AMOLED displays appear in more phones in 2020 (Apple and Samsung are rumored to be making that leap). What OnePlus claims to be special now may be relatively commonplace by the end of the year. Still, the Fluid Display shows that very fast refresh rates are coming to mainstream phones before long, and sets a benchmark for what to expect.

In this article: 120hz, fluid display, gear, mobile, oneplus, oneplus 8, smartphone
All products recommended by Engadget are selected by our editorial team, independent of our parent company. Some of our stories include affiliate links. If you buy something through one of these links, we may earn an affiliate commission.