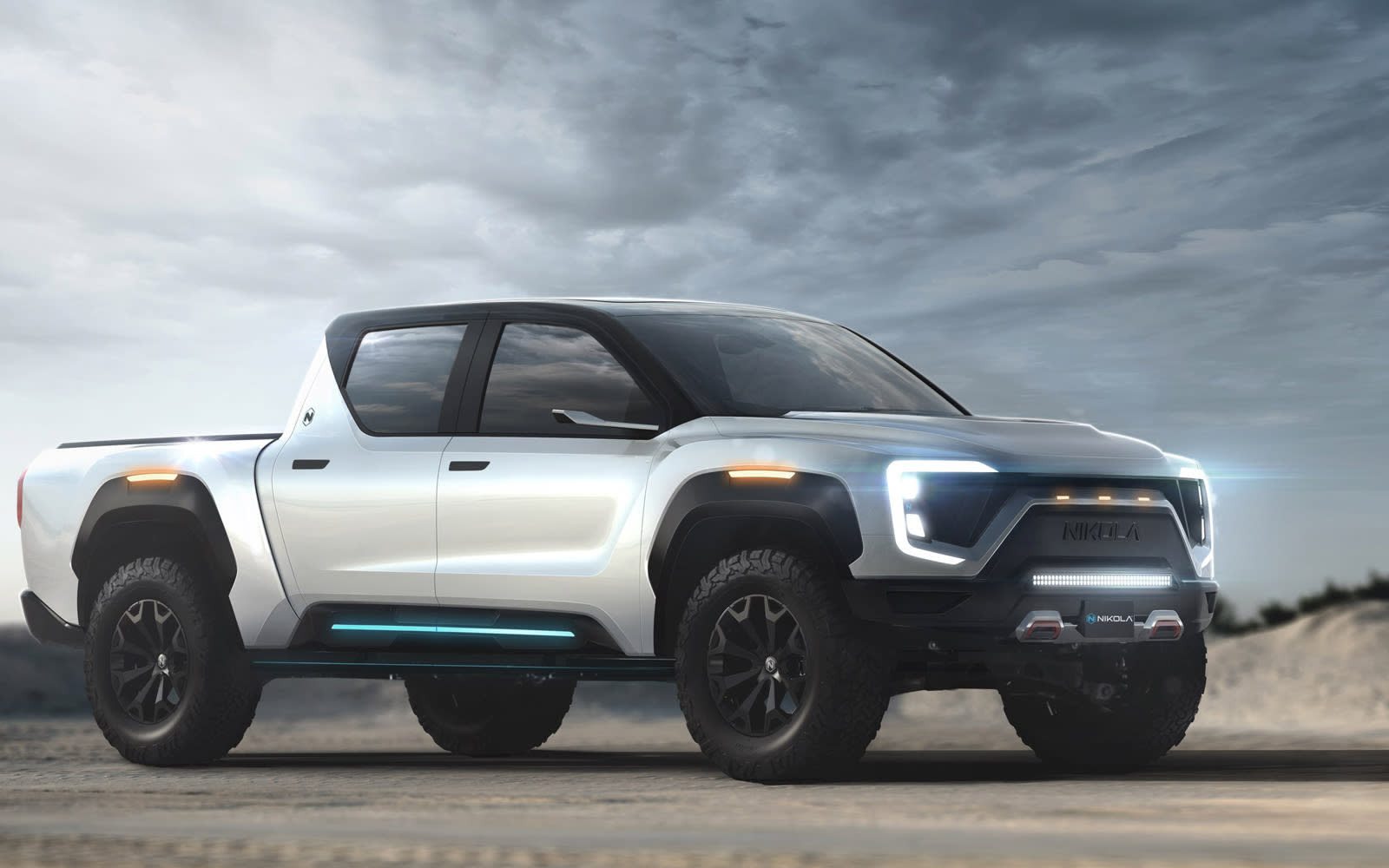 Minus a patent suit, it's been a while since we've heard from Nikola, the other automaker named after the inventor of alternating current. On Monday, however, the company unveiled a concept for a new electric pickup truck called the Badger.

Nikola plans to offer the Badger as both a purely battery-electric vehicle and as an electric/fuel-cell hybrid. The company claims the hybrid powertrain model will feature a maximum range of approximately 600 miles, while the battery model will be limited to 300 miles. It also claims the pickup will be able to tow up to 8,000 pounds and accelerate from 0 to 60 miles per hour in approximately 2.9 seconds. Those capabilities, if Nikola can deliver on them, would make the Badger mostly comparable to Tesla's Cybertruck.

However, one major issue is the availability of hydrogen stations. Compared to battery charging stations, there aren't many places in the US where you can refill a fuel-cell vehicle. Even in a state like California, they're few and far between outside of major cities like San Francisco and Los Angeles. To solve the problem, Nikola says it plans to build 700 hydrogen filling stations. The company claims it has the first locations secured, but it won't announce them until later this quarter.

As for the truck, the company says it will fully detail the Badger at its upcoming Nikola World 2020 event in September, at which point it will start accepting limited reservations as well. The Badger, if it turns out to be more than a concept, will enter a field that is quickly becoming crowded. Beyond obvious competitors like the Cybertruck, there are vehicles like the upcoming Hummer, Rivian R1T and eventual electric Ford F-150 for Nikola to worry about.

In this article: electric vehicle, ev, fuel cell, gear, hydrogen, Nikola Motor, tesla, tomorrow, transportation
All products recommended by Engadget are selected by our editorial team, independent of our parent company. Some of our stories include affiliate links. If you buy something through one of these links, we may earn an affiliate commission.