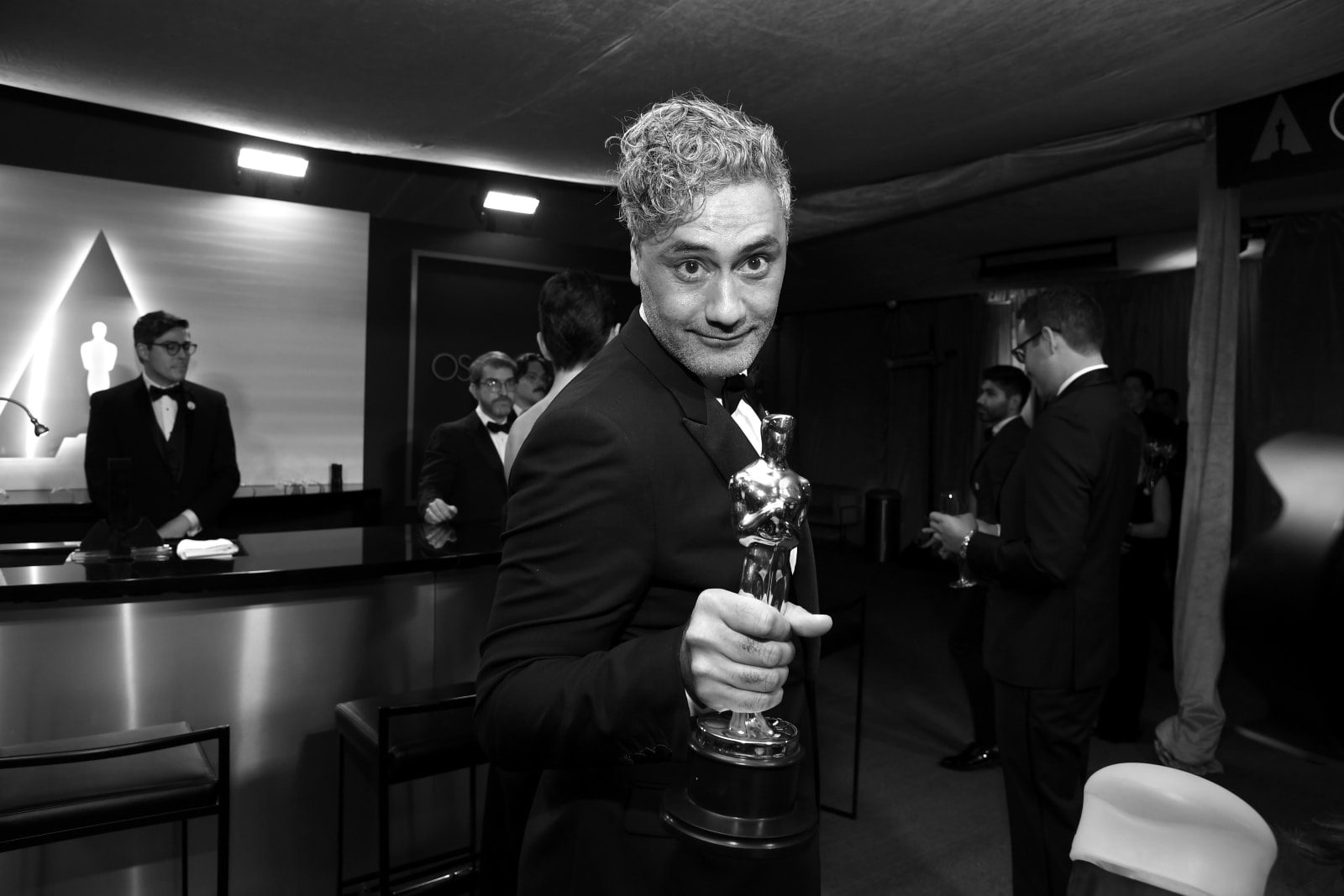 Winning an Academy Award makes you feel like you're ruler of the world, at least for the rest of Oscar night. Taika Waititi, winning a gong for best adapted screenplay, started issuing demands of his favorite technology company shortly after leaving the stage. When asked by reporters about the forthcoming Writers' Guild of America negotiations, the director focused his ire on Apple. Specifically, its keyboards, which the director says are "impossible to write on."

"They've gotten worse," said Waititi, "it makes me want to go back to PCs," emphasizing in his own way his preference for deeper key travel and stronger resistance. He also said that the narrowness of the keys were inflaming issues with his shoulder and tendons, which is an issue if you're spending plenty of time writing. Of course, the director, who made his name with a series of comedies like Hunt for the Wilderpeople and What We Do In The Shadows, wanted to dodge such a political question.

Taika Waititi jokes about what writers should be asking for in the next round of talks with producers: "Apple needs to fix those keyboards. They are impossible to write on. They've gotten worse. It makes me want to go back to PCs" #Oscars pic.twitter.com/vlFTSjCfZm

The fact that Apple's keyboards can be used as a punchline at the Oscars, however, speaks volumes about where the company is at. We're obliged to say that the company did launch a new, 16-inch MacBook Pro late last year, and it uses an older-style scissor-switch keyboard. But it's likely that not even someone as wealthy and famous as Waititi will have upgraded on release day, especially if his 15-inch model still works.

Source: Variety (Twitter)
In this article: 2020, Academy Awards, apple, entertainment, gear, Keyboards, Oscars, personal computing, personalcomputing, Taika Waititi
All products recommended by Engadget are selected by our editorial team, independent of our parent company. Some of our stories include affiliate links. If you buy something through one of these links, we may earn an affiliate commission.