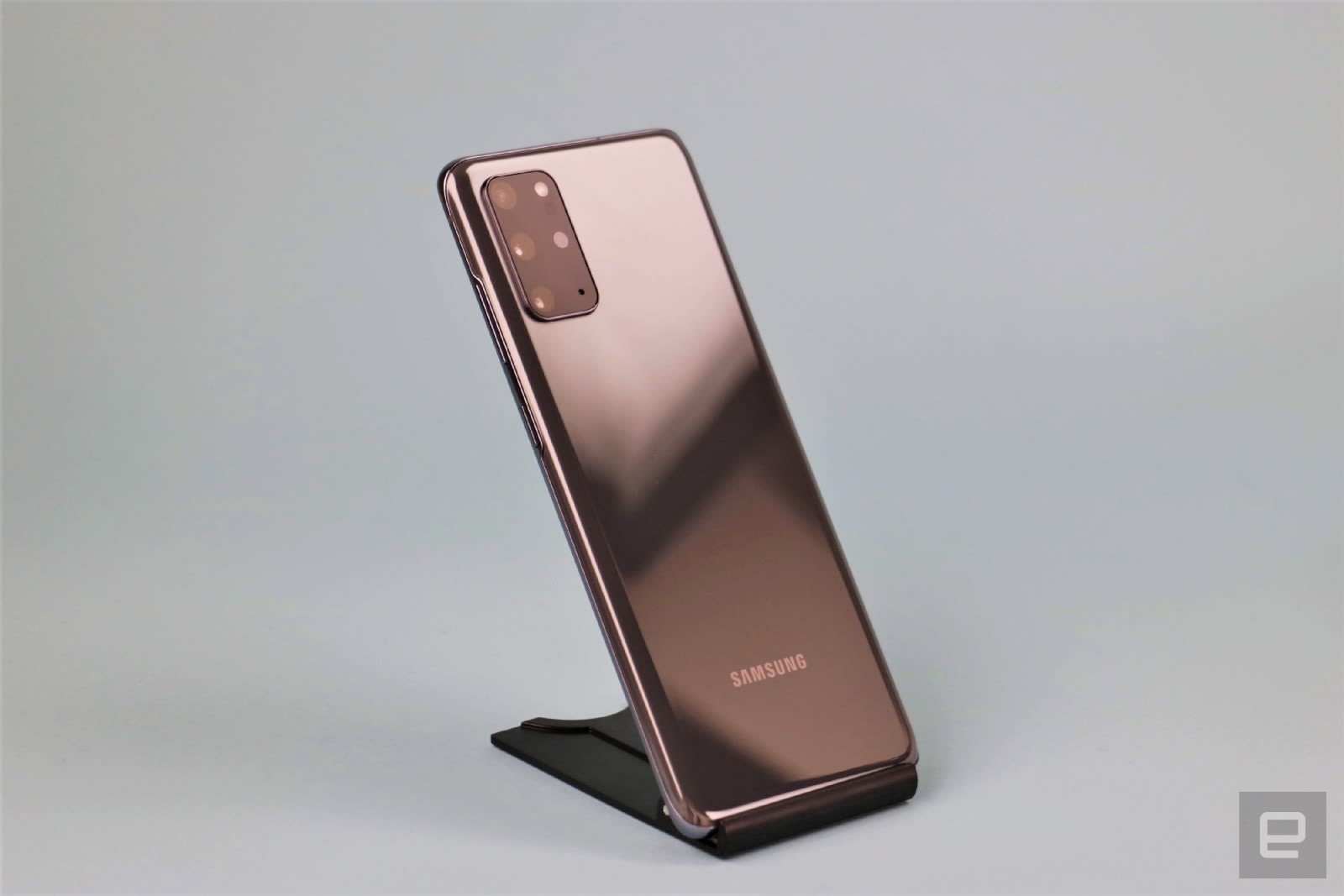 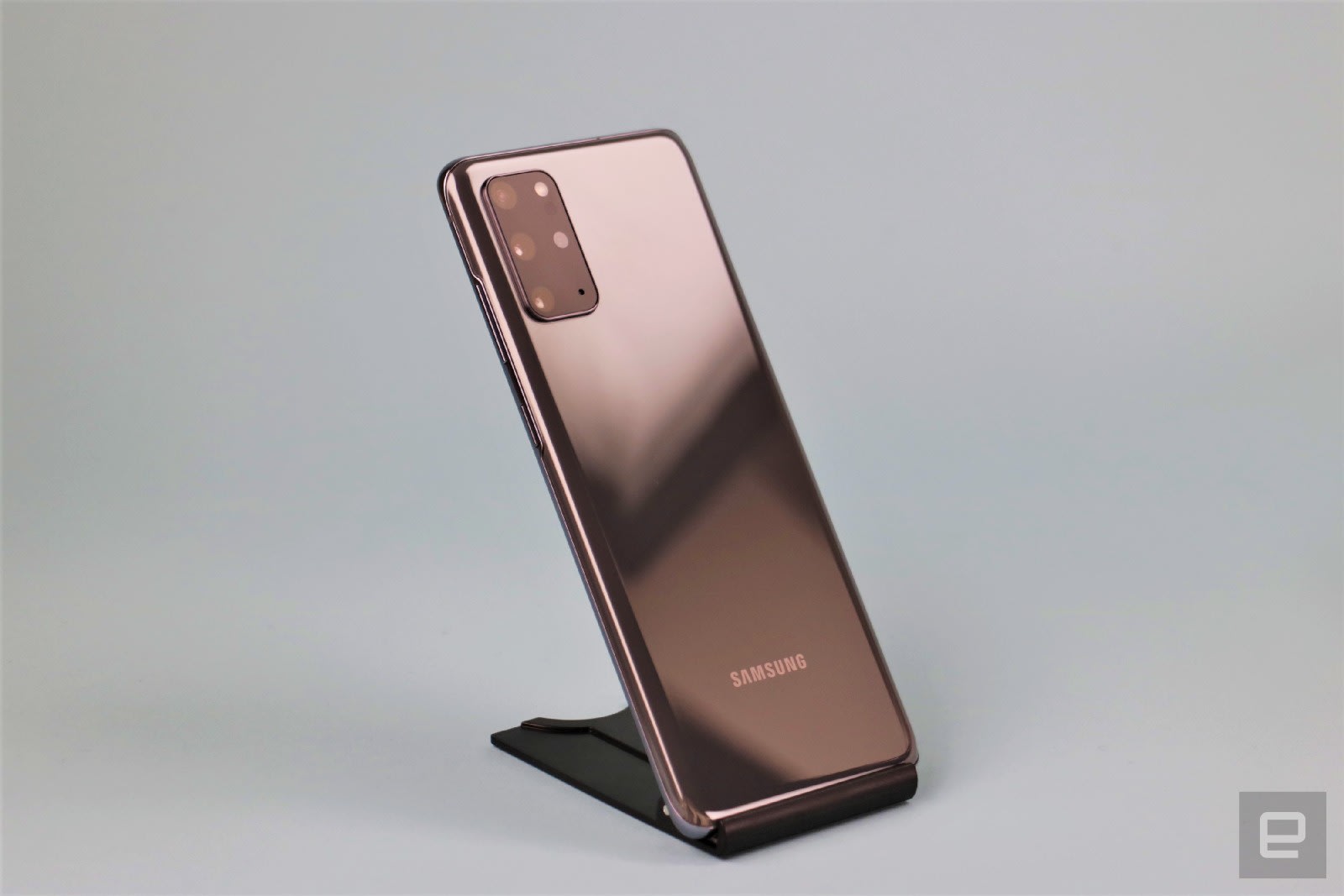 Samsung is getting a little extra with its latest flagship series. Not only do you get a pair of premium phones in the S20 and S20+, the company is also launching a third souped-up variant called the S20 Ultra. It's a monster of a handset with a 6.9-inch screen compared to its 6.2-inch and 6.7-inch siblings, the S20 and S20+. Like its smaller stablemates, the Ultra features an HDR10+ screen that can run at 120Hz for smoother playback, though only at 1080p instead of its native Quad HD+ resolution. Compared to the smaller S20s, though, the Ultra has a more impressive camera setup. It has the same ultra-wide 12-megapixel sensor with a 120-degree field of view. But its primary camera is capable of shooting at a full 108 megapixels, though you're probably better off using it in the default 12-megapixel mode. (Samsung said this mode uses pixel-binning to combine nine pixels into one at the sensor level.) The Ultra also has a 48-megapixel telephoto lens that is folded inside the chassis and offers up to 4X optical zoom. With the help of some clever software engineering, the so-called Space Zoom system dial in up to 100X zoom, compared to the 30X on the smaller S20s.

The Ultra also has a much sharper selfie camera than its siblings, with a 40-megapixel sensor compared to the other two's 10-megapixel option. Whether you need that much raw face data is a question only you can answer.

In addition to the imaging hardware, Samsung's also added some new software to the S20s, like Single Take mode. This captures a variety of shots at once, including a brief looping clip, an ultra-wide version, a crop and a stylized image with a filter applied. The idea is that you won't have to waste too many precious seconds switching between all the different modes to get alternative shots that might have been better -- nearly all the possible shots were captured at once.

Thanks to the improved hardware and the Snapdragon 865 processor powering the S20s, you can also record 8K video with these phones. Samsung included an editor on board so you can trim and tweak your footage and afterward tap to share your clip to a compatible 8K QLED TV.

To help keep your Ultra running smoothly even as you're capturing 8K footage, you can get up to 16GB of RAM on the biggest S20. All three S20s support 5G networking, but only the S20+ and the Ultra can work with millimeter wave technology. Samsung hasn't provided an estimate for how long the Ultra's 5,000mAh battery can last, but it wouldn't be surprising if the new networking and screen features caused a drain on runtime.

We won't know what sort of real-world performance to expect from the Ultra until we get review units in to test. But in the meantime, if the camera setup here already has you itching to own it, you can pre-order the S20 Ultra for a starting price of $1,399.99 from February 21st or wait till it's in stores on March 6th to buy it.

In this article: gadgetry, gadgets, galaxy s20 ultra, gear, mobile, s20event, samsung, samsung galaxy s20 ultra, smartphones
All products recommended by Engadget are selected by our editorial team, independent of our parent company. Some of our stories include affiliate links. If you buy something through one of these links, we may earn an affiliate commission.