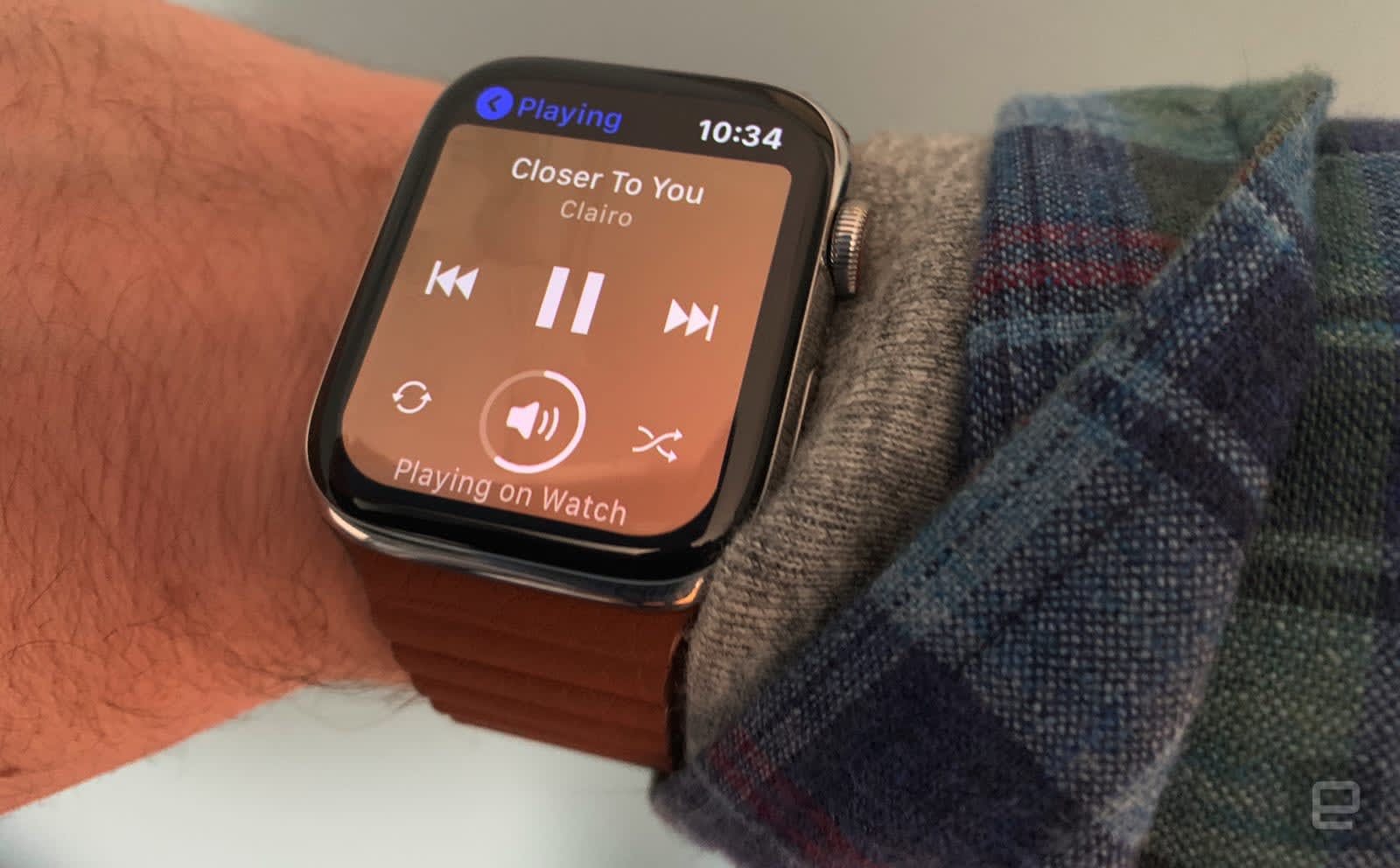 Next time you go for a run or to the gym, you might be able to leave your phone behind but still listen to whatever music you want on the fly if you're a Pandora premium subscriber. The Apple Watch app is being updated so that it no longer needs to be tethered to an iPhone to stream music or podcasts. As long as you've got a WiFi or cellular data connection, you can do just that. Engadget has tried this out and verified it works, but we've also learned that the app update is happening in stages, so not everyone will have this feature yet.

The new Pandora Watch app is completely standalone. Previously, you could download music to the wearable through Pandora, but being able to stream whatever you want without having your phone close by is a neat update.

Pandora's stealing a march on many of its rivals here. Apple, of course, allows direct streaming to Apple Watch with Music and Podcasts. The likes of Spotify and Deezer still need an iPhone connection, effectively making their Watch interfaces remotes for their iPhone apps. YouTube Music and Tidal don't support Apple Watch at all.

Given that Apple is selling several million watches every quarter, Pandora has a sizable market to tap into for people who want an alternative to Apple Music. Most people seem to still use their Apple Watch in conjunction with their iPhone, rather than leaving their phone behind. So while direct music streaming to the Watch is still a bit of a niche use case, Pandora is setting itself apart a bit from many competitors in the music and podcast department with this move.

Update, 3:40PM ET: We've clarified that while a member of our staff received this update and tried it, the new Pandora Apple Watch update isn't available to everyone just yet. It'll be rolling out more widely over the next week or so.

Source: App Store
In this article: app store, apple, apple music, apple watch, applemusic, applewatch, appstore, gear, music streaming, musicstreaming, pandora, podcast, podcasts, services
All products recommended by Engadget are selected by our editorial team, independent of our parent company. Some of our stories include affiliate links. If you buy something through one of these links, we may earn an affiliate commission.