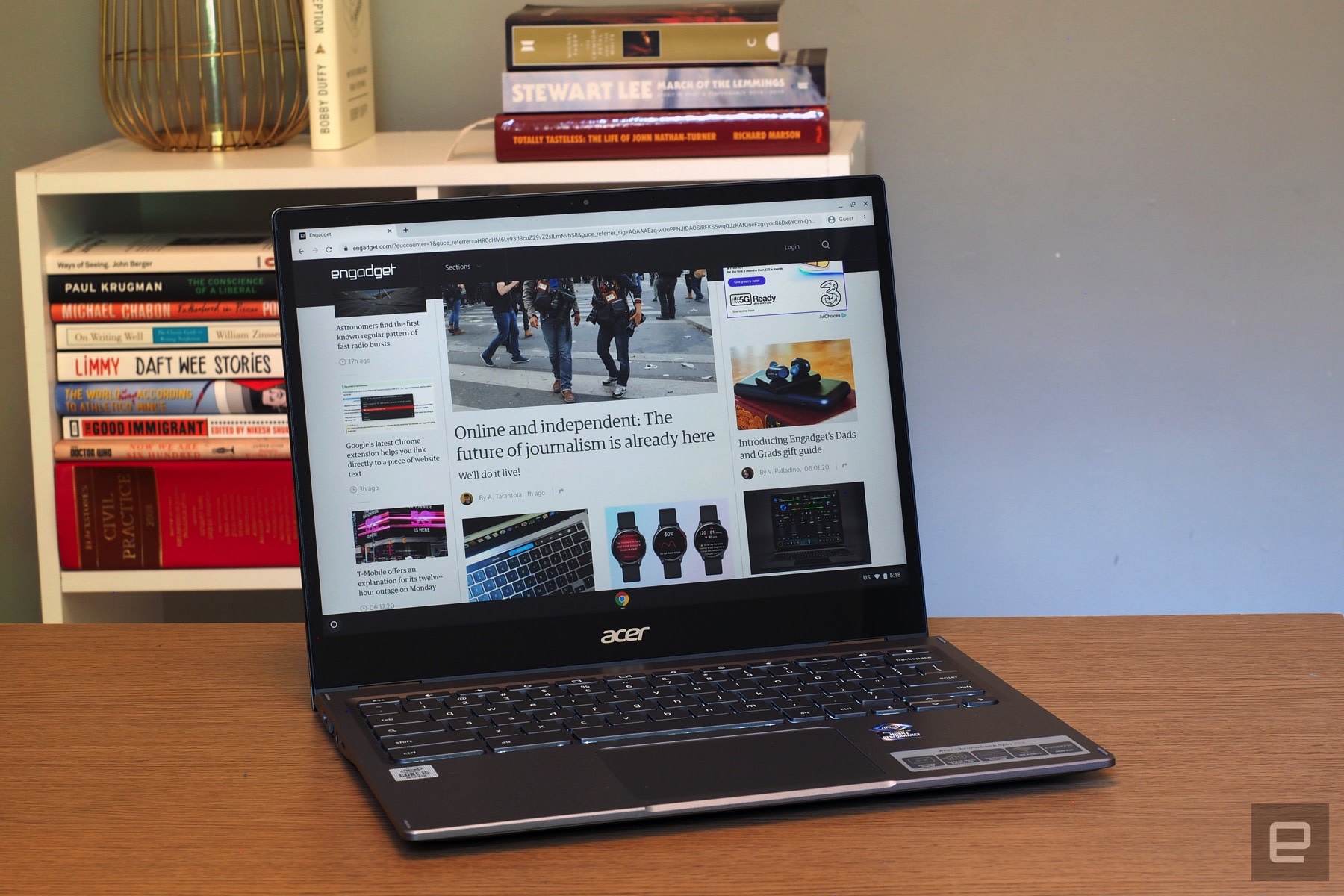 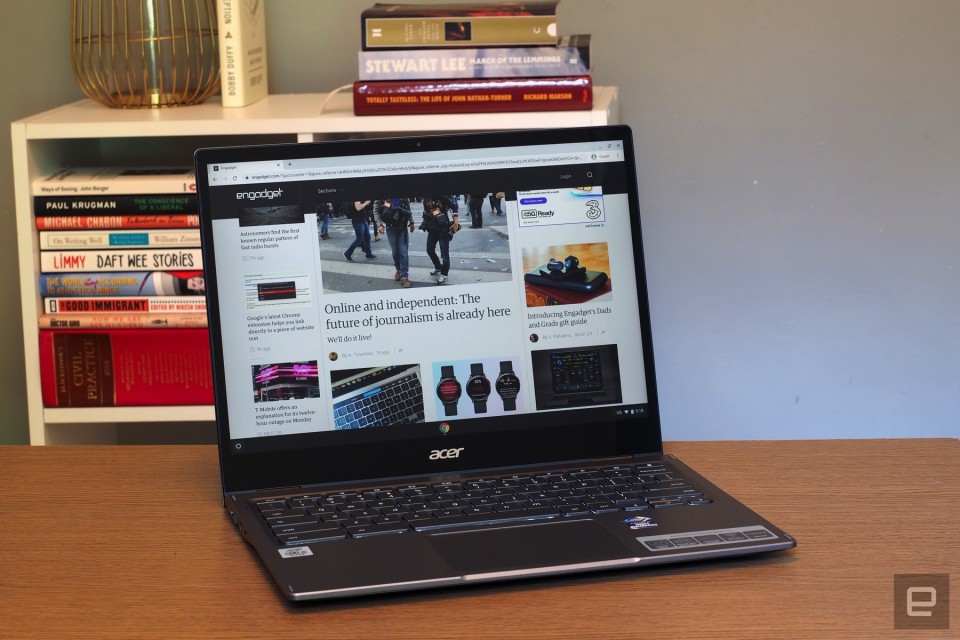 Acer’s Spin 13 Chromebook is not long for this world, but the new Chromebook Spin 713 is ready to replace it. And the company’s newest premium Chromebook gets a better look, feel, and has been designed for some serious work. 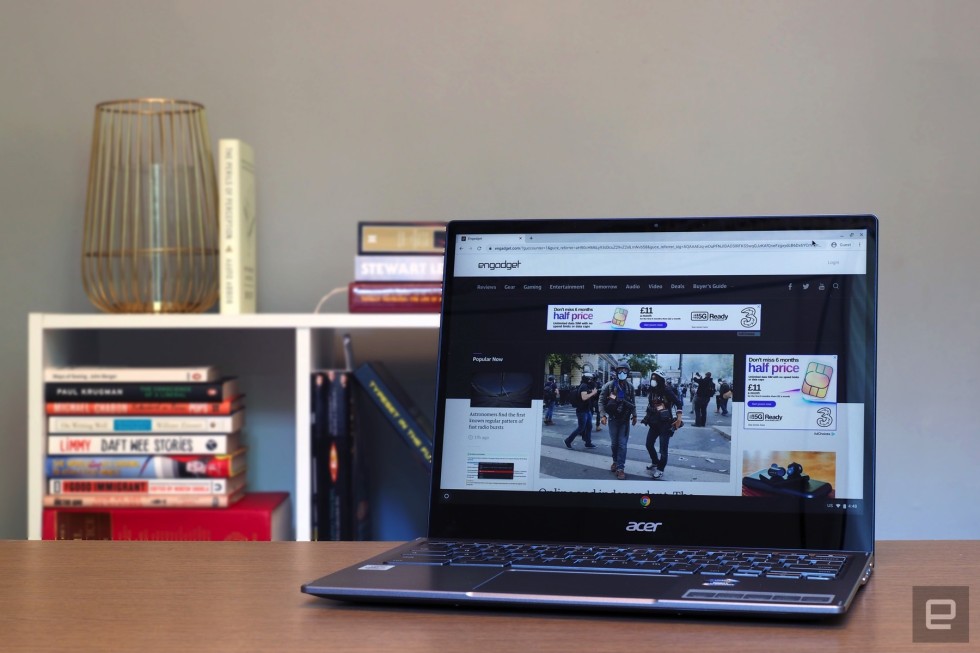 The Spin 713, like all Spin models, packs a 360-degree hinge, enabling it to work in laptop, tablet, tent or display mode. Acer hasn’t forgotten the need for durability, however, giving it the same MIL-STD-810G-rated design for drops and ingress protection as its predecessor. It has a thinner aluminum body that is shock-absorbing, apparently able to withstand drops and bumps from even the tallest table.

Another addition on the sturdy front is a Gorilla Glass coating for the 713’s 13.5-inch VertiVew touchscreen display. That 2,256 x 1,504 IPS display has a 3:2 aspect ratio and should do a much better job of resisting scratches and dents than previous models in the series. Acer says that the 713’s display is also “antimicrobial” to reduce the prevalence of smelly and staining micro-organisms, which may come in handy these days.

In person, it doesn’t just look and feel like a premium device, it’s sturdy too, with enough strength in its chassis that you won’t be worrying about breaking it. I think it’s still a little too big and heavy for the tablet mode to ever feel like a natural thing to use for long periods of time but there’s clearly a use case for it.

This new model was designed with help from Intel as part of the chip giant’s Project Athena program, which first launched last year. The project pushed companies to make thinner, lighter laptops with better battery life, and the Spin 713 sounds like it delivers there. It can be customized to carry a 10th-generation Core i7 vPro chip and Acer says it’ll last 10 hours on a charge.

Another plus is the keyboard, which is one of the easiest to adapt to, with generous travel and decent spacing. The trackpad, in the few minutes I had with the machine, was a little less smooth but hopefully any flaws in the pre-release hardware will be smoothed out before release. 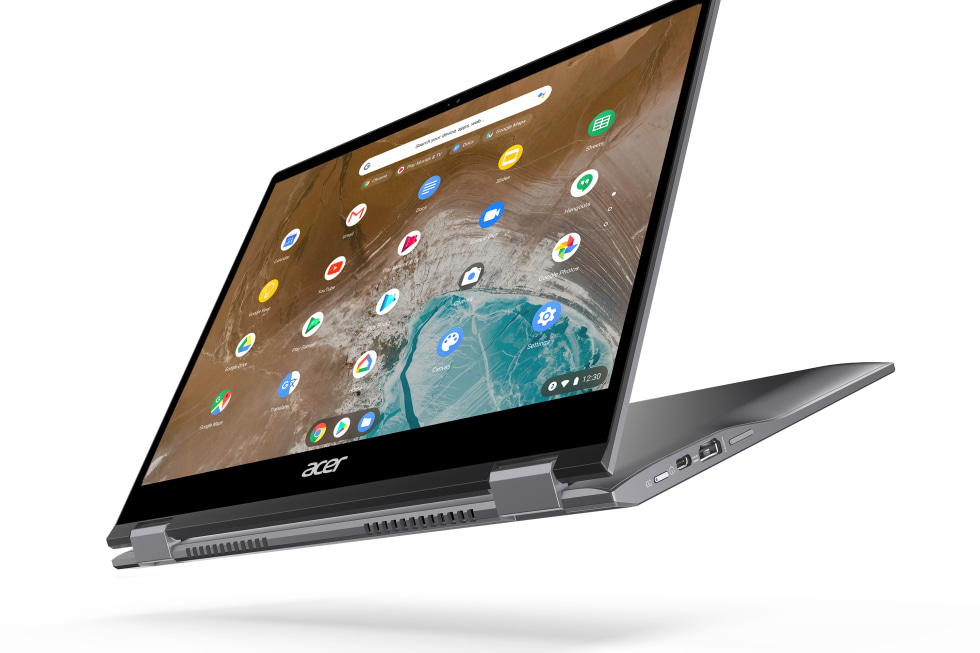 Acer says that this model is intended towards serious Chrome OS users as well as companies who may want to roll out this hardware to large numbers of employees. That’s why it’ll also offer an Enterprise edition of the machine, with Google’s business-focused version of Chrome OS bundled in.

Rounding out the spec list is a pair of USB-C ports that support DisplayPort and charging, a HDMI port, a single USB-A port and a microSD-card reader. Nestled inside you’ll find a dual-band WiFi 6 and Bluetooth 5.

It’s certainly fast, and didn’t skip a beat when I started playing multiple YouTube videos and playing browser games. On the audio end, the sound is a little tinny, flat and lacking bass, which is understandable given both the cost and the machine’s slender frame. 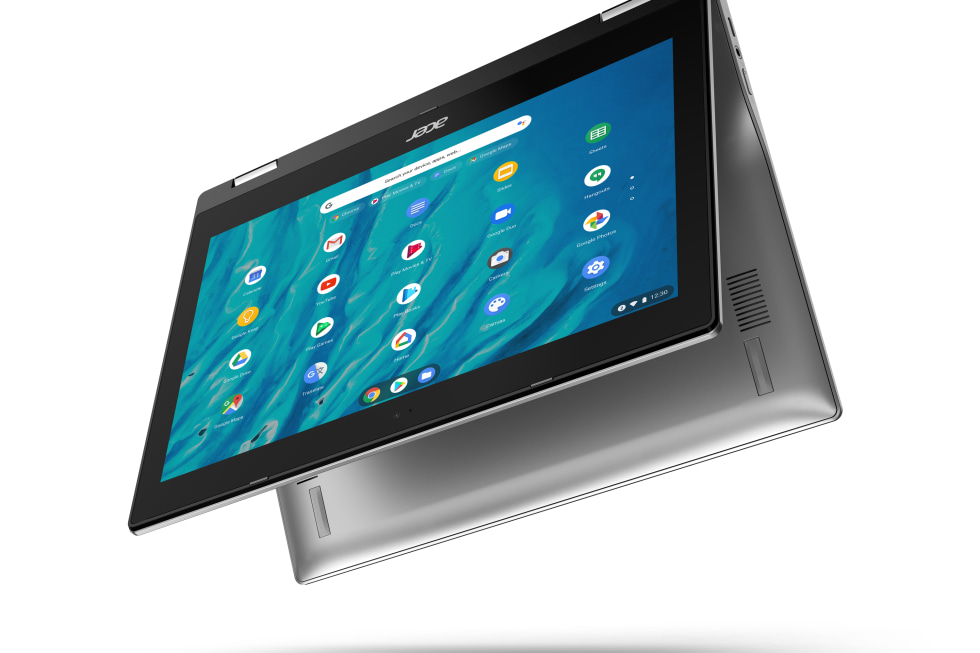 Acer is also bolstering the low-end of its lineup with the new Spin 311, which replaces the Chromebook R11. The Spin 311 is an 11.6-inch convertible designed for casual users and the education market, especially considering the price. You don’t get any of the fancy Project Athena frou-frous here, although it’s a lot nicer looking than the model it’s replacing.

Inside, you’ll find a Mediatek MT8183, an eight-core ARM CPU, with the promise of fair performance and the better part of 14 hours’ battery life, according to Caer. You’ll also get a USB-C port, 802.11ac WiFi, Bluetooth 4.2 and Gorilla Glass on both the screen and the trackpad. Acer hasn’t shared a full spec list for the 311, but we can imagine you’ll want to look closely at the build-to-order options.

In this article: Acer, 2020, Next@Acer2020, Chromebook, Spin 713, Spin 311, news, gear
All products recommended by Engadget are selected by our editorial team, independent of our parent company. Some of our stories include affiliate links. If you buy something through one of these links, we may earn an affiliate commission.