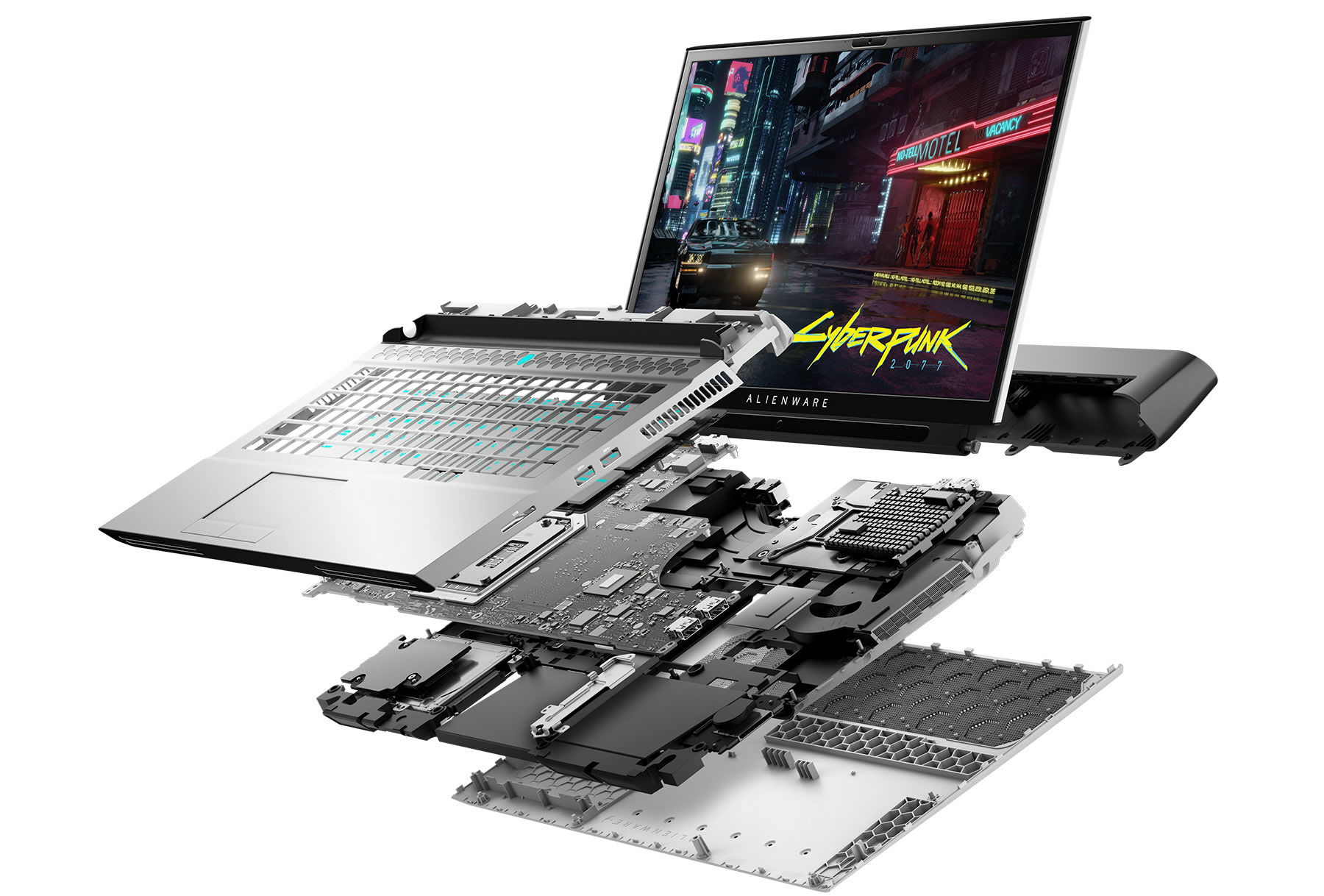 Dell’s Alienware has unveiled new m15/m17 gaming laptops, an updated Aurora desktop PC and the latest desktop-class Area-51m laptop, now available with AMD’s Radeon RX graphics and a 10-core Intel CPU. First up is the 17.3-inch Area-51m (above), an upgradeable desktop-class laptop that you might call transportable rather than portable.

All of those components will run hot, so the Area-51m is equipped with Alienware’s Cryo-Tech cooling, along with new vapor chamber cooling and an efficient 12-phase voltage regulator on select configurations. That’s along with the N-key rollover gaming tech and RGB LED lighting you’d expect on such a machine. You’ll need some muscle to pack this laptop around, as it now tips the scales at over 9 pounds (up to 10.4 pounds). It ain’t cheap either, starting at $3,050 when it launches on June 9, 2020.

If portability counts more than pure power, Alienware has also updated its m15/m17 gaming laptops. They now come with up to 10th-gen Intel i9-10980HK processors and NVIDIA GeForce RTX 2080 Super Max-Q or Radeon RX500M graphics. Other specs include up to 32GB of DDR4 RAM, a microSD card reader, Thunderbolt 3 with PD fast charging and new colors.

On the desktop side, Alienware unveiled its latest Aurora, now with liquid-cooled graphics on top of CPU liquid cooling. Available only with NVIDIA’s GeForce RTX 2080 Super GPU, it reduces temps by up to 19.5 percent while dropping noise by 69.2 percent. You also get up to a 10th-gen Intel Core i9-10980HK CPu, HyperX Fury DDR4 memory and a 1,000 watt power supply. It’s now available starting at $1,129, but cheaper configurations starting at $880 will arrive on May 28th.

Finally, Alienware previewed its 24.5-inch AW2521H gaming monitor with a hyper-fast 360 Hz refresh rate and NVIDIA G-SYNC. The display promises “no screen tearing or blurring, with consistent colors from every angle,” and is set to arrive later this year.

In this article: Dell, Alienware, Area-51m, Laptop, Intel i9 10900K, 10-core, NVIDIA, RTX 2080 Super, Radeon RX 5700M, m15, m17, Aurora, news, gear
All products recommended by Engadget are selected by our editorial team, independent of our parent company. Some of our stories include affiliate links. If you buy something through one of these links, we may earn an affiliate commission.