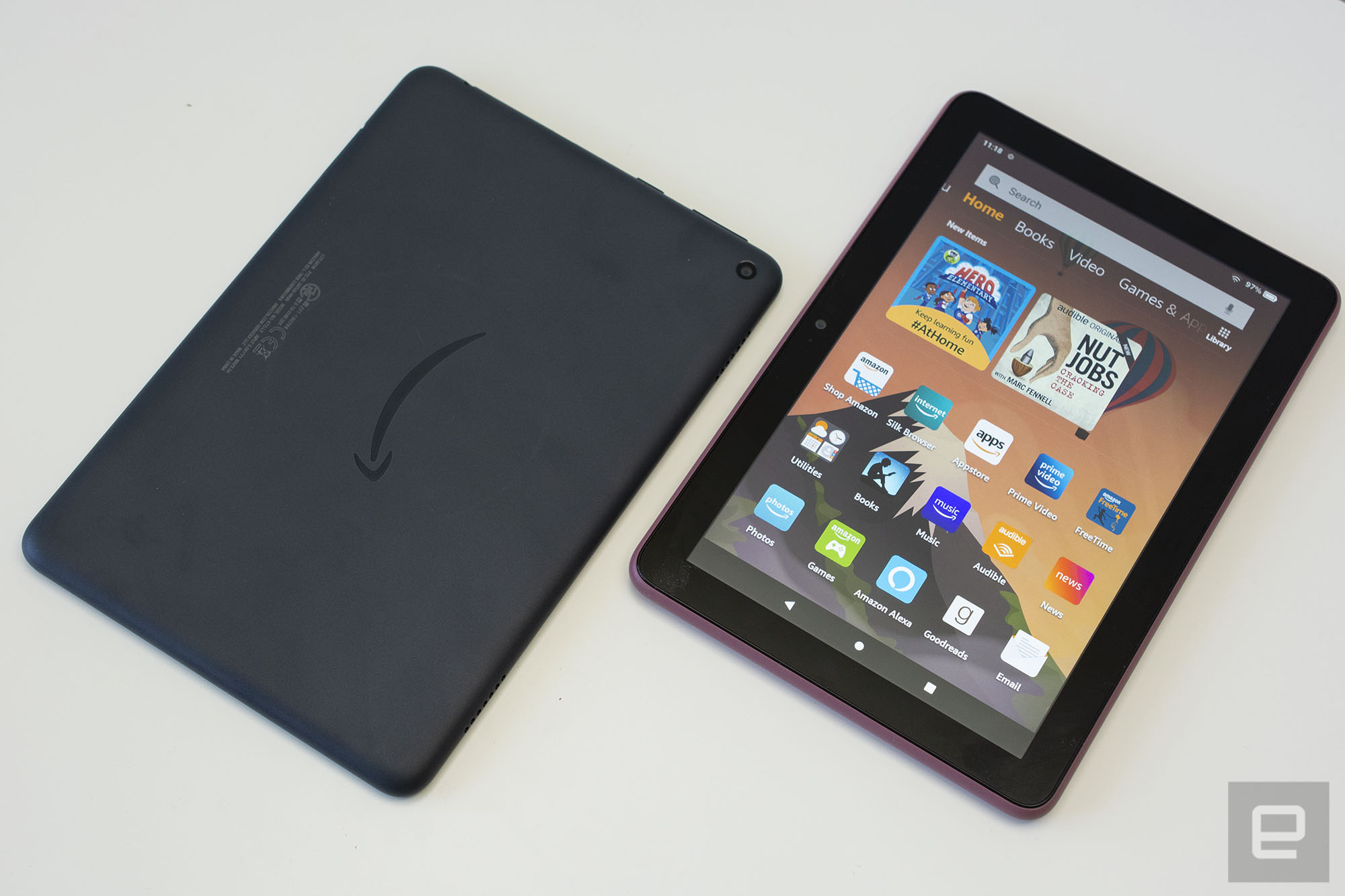 If you’re on the fence about purchasing the latest Fire HD tablets, Amazon has a deal that might sway you. For today only, it’s offering the all-new Fire HD for $60 and the Fire HD Plus for $80, or $30 each off the regular prices. Both models come with 32GB of storage (expandable via a microSD card), but you can also get the 64GB versions for $30 off at $90 an $110, respectively.

Those were unveiled just last month and it’s rare to see Amazon discount new branded products. At the same time, they’re significantly improved from before. Amazon refreshed the Fire HD design with smaller (though still not small) bezels, a thinner profile, faster 2GHz quad-core MediaTek 8168 chips, USB-C charging and up to 12 hours of battery life.

The Fire HD Plus adds 3GB of RAM (rather than 2GB on the regular Fire HD model), faster wired charging and wireless charging via an optional dock. The bundle with the wireless charging dock doesn’t appear to be discounted, however.

These are solid tablets for the price, being ideal as Alexa devices, Kindle readers and Netflix/Prime Video entertainment machines. The downside (and it is a big one) is that the Fire HD tablets don’t come with Google’s Play Store or Google apps. That means you’re stuck instead with Amazon’s AppStore and generic substitutes for apps like Gmail, though you can still get Play if you’re not scared of sideloading it. In any case, the Fire HD tablets are only on sale today, so if you’ve been looking at getting one for a family member or yourself, now’s the time to act.