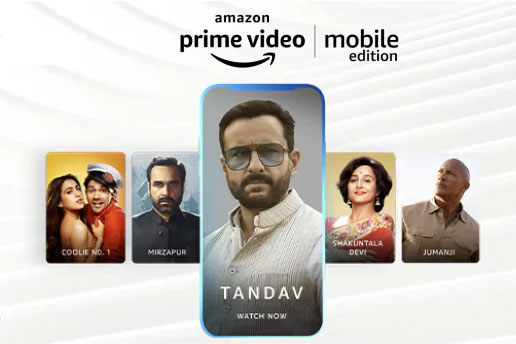 Amazon Prime Video and Bharti Airtel, India’s second-largest mobile carrier, are teaming up to launch a mobile-only video service. Variety reports that Prime Video Mobile Edition will bolt on to a number of the carrier’s pre-paid plans, with a month’s worth of Prime Video available for $1.21 a month after a 30-day trial. Users can, if they so choose, bolster that selection with Amazon Prime membership for a little bit extra every month.

It’s a smart move, given the sheer number of people who have mobile phones but not necessarily capacious home connections. And also one that the competition had implemented back in 2019, when it launched its own $3, mobile-only subscription for India. That program has had sufficient success that, at the start of 2020, Netflix added mobile-only plans in the Philippines and Thailand. It’s also a sign that more US companies are making a bigger effort to gain a foothold on the subcontinent.

In this article: Amazon Prime, Amazon Prime Video, Mobile Edition, India, Bharti Airtel, Airtel, news, entertainment
All products recommended by Engadget are selected by our editorial team, independent of our parent company. Some of our stories include affiliate links. If you buy something through one of these links, we may earn an affiliate commission.