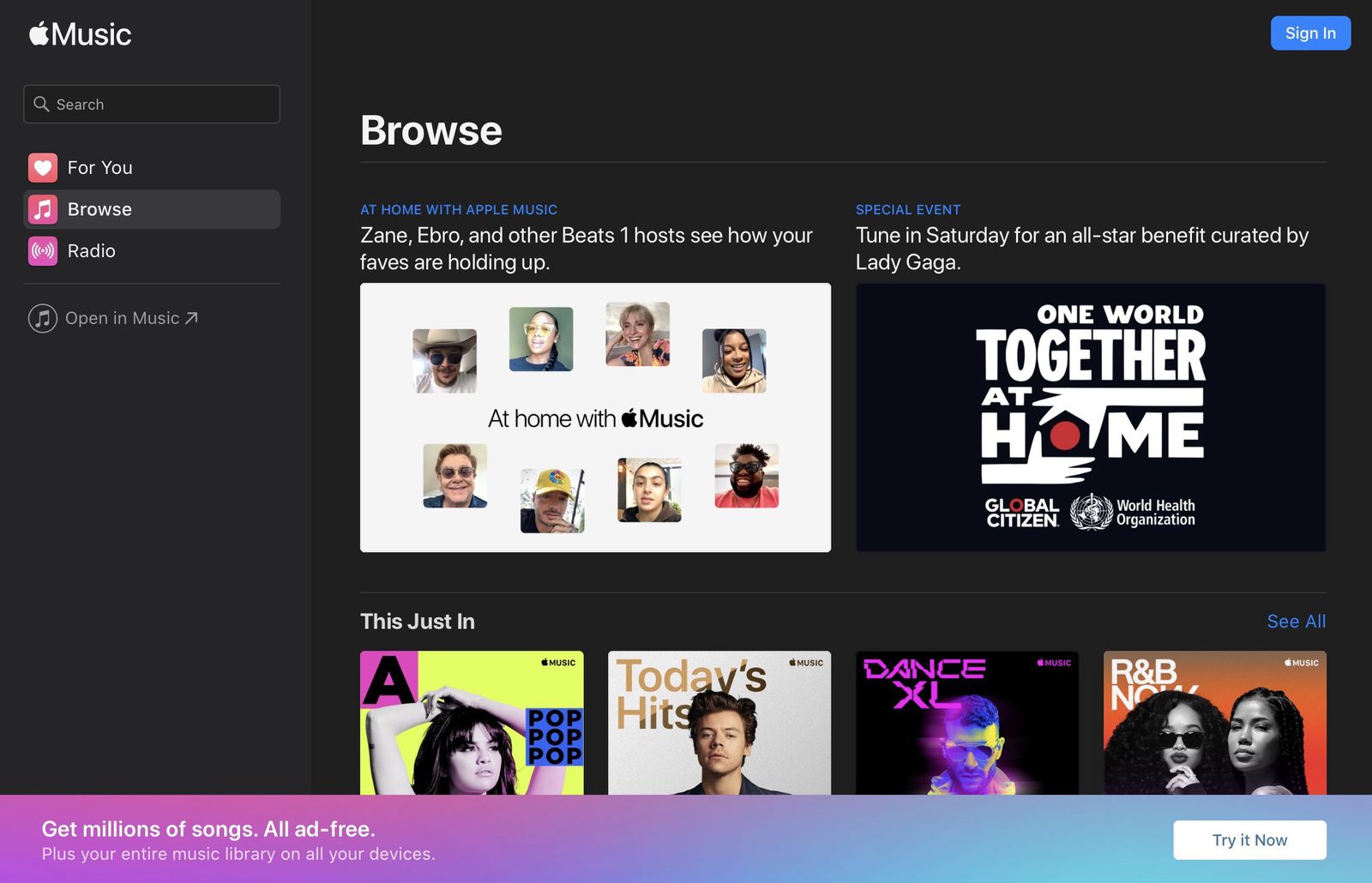 Apple Music’s web player is no longer in beta, Mac Rumors reports. The browser-based version, which Apple introduced last fall, is now available at music.apple.com. This makes Apple Music essentially platform agnostic. You’ll no longer need to have iTunes or the Music app to stream your Apple Music playlists. Now, you can log in on devices running Windows 10, Linux and Chrome OS.

In the web version, you’ll find features similar to those in the Mac version of the Music app, like “For You,” “Browse” and “Radio” sections, as well as playlists and recommendations. You’ll also find Apple Music Replays, which curate your favorite songs from every year you’ve subscribed to Apple Music.

This move to the web is all part of Apple’s transition to separate apps for Apple, Podcast and TV. While the strategy signals the end for iTunes, it makes sense. It’s a way for Apple to go after subscribers regardless of which platform they prefer. As of last summer, Apple Music had 60 million paid subscribers. That’s still well behind Spotify, but this browser version could give it a boost.

In this article: apple, apple music, web, beta, browser, app, news, gear, entertainment
All products recommended by Engadget are selected by our editorial team, independent of our parent company. Some of our stories include affiliate links. If you buy something through one of these links, we may earn an affiliate commission.