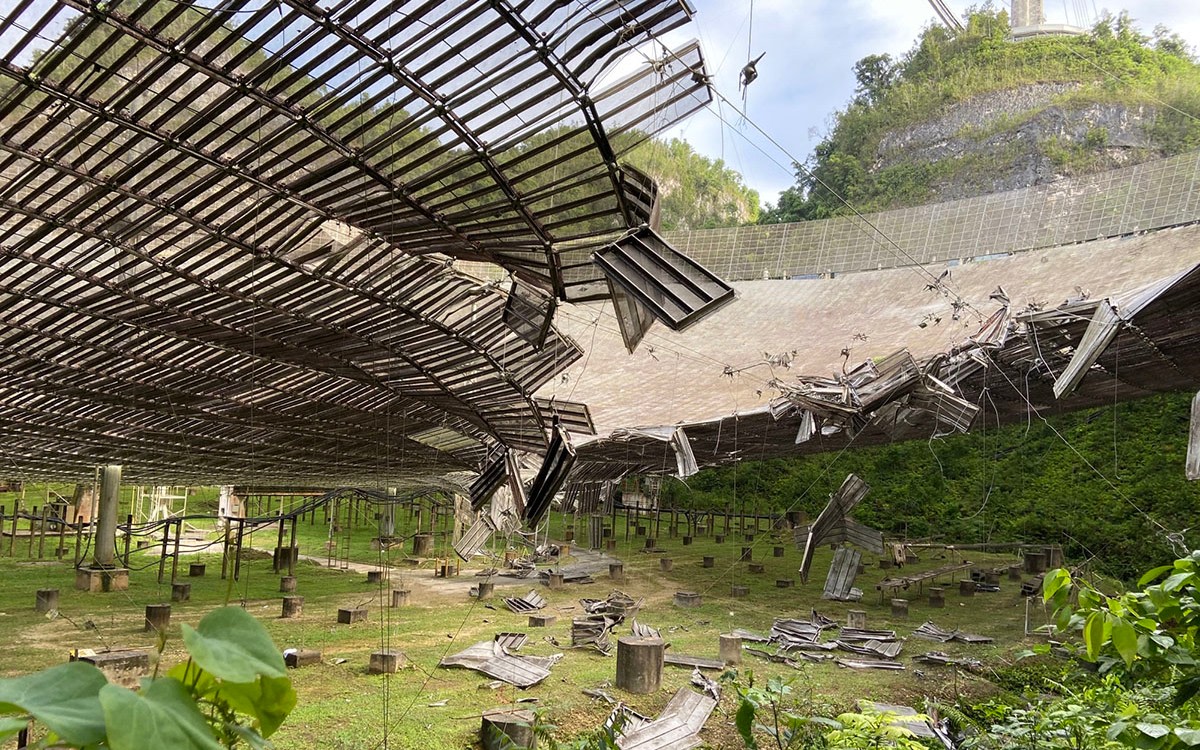 The Arecibo Observatory -- the second-largest radio telescope in the world -- is in trouble again. Early this week, a support cable snapped, causing a 100-foot-long gash in the telescope’s reflector dish. It also damaged panels in a receiver called the Gregorian Dome and twisted a platform used to access the dome.

Most recently, the Puerto Rico-based observatory was studying near-Earth asteroids as part of a $19 million NASA grant. The University of Central Florida (UCF), which operates the telescope, has stopped work at the observatory until repairs can be made.

Unfortunately, this is not the first setback Arecibo has endured. It faced dire financial trouble in 2008 and again in 2016. Then, like much of Puerto Rico, the observatory suffered significant damage during Hurricane Maria. Things seemed to be turning around in 2018 when a group led by UCF took over operations from the National Science Foundation, and last year, Arecibo got a boost from the $19 million NASA grant.

It’s unclear how long the observatory will be out of commission or how much repairs will cost.

“We have a team of experts assessing the situation,” Francisco Cordova, director of the observatory, said in a statement. “Our focus is assuring the safety of our staff, protecting the facilities and equipment, and restoring the facility to full operations as soon as possible, so it can continue to assist scientists around the world.”

While Arecibo Observatory, built in the 1960s, is certainly not the newest telescope, nor the most advanced, it is still one of the largest in the world. According to Scientific American, it’s particularly good at finding gravitational waves and pulsars, and it’s been used repeatedly to better understand near-Earth asteroids. The observatory has certainly recovered from setbacks in the past. Hopefully, this time will be no different.

In this article: observatory, university of central florida, nsf, damage, science, ucf, space, puerto rico, telescope, radio telescope, arecibo observatory, asteroids, national science foundation, news, tomorrow
All products recommended by Engadget are selected by our editorial team, independent of our parent company. Some of our stories include affiliate links. If you buy something through one of these links, we may earn an affiliate commission.